The horrible state that my bicycle is in 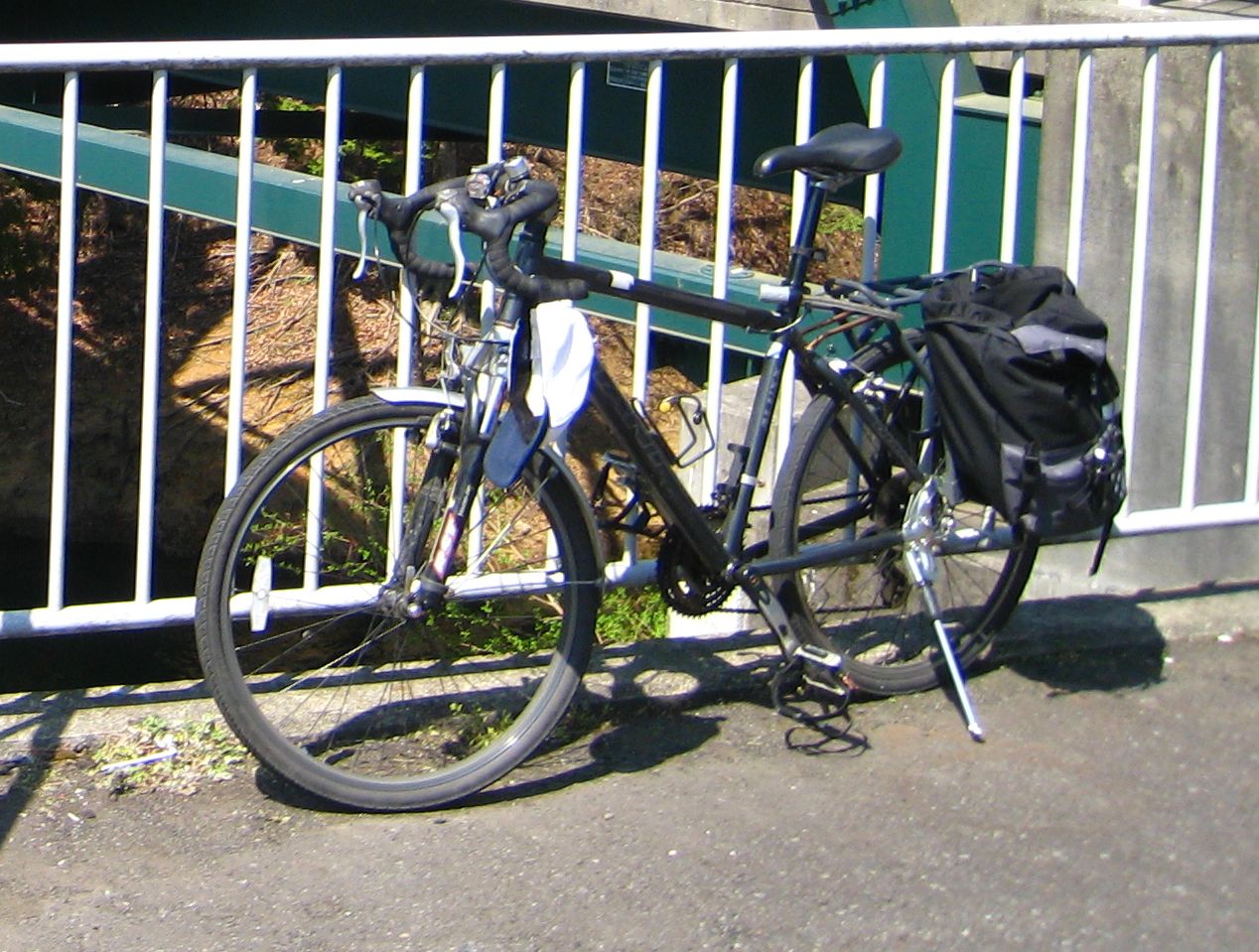 Isn't it amazing how time flies? Last year for Golden week (the Japanese holiday week in the beginning of May) I went on a cycling trip in Shikoku. The year before that I cycled Kyushu and Okinawa. That means that right about now my bicycle is celebrating its third birthday.

It's gotten a bit worse since I first got it though. One of the spokes in the rear wheel got loose during the Shikoku trip, so I fastened it with some rope. Didn't bother to fix it since. The rear tire has been of the crappy kind ever since I got a nasty puncture about one and a half years ago, when it was replaced by an el-cheapo smooth tire. All of this fades in comparison to the utter crappiness of the actual wheel itself though. It's been getting less and less round every month! Right now it's making a figure eight shape whenever I ride it. It was kind of scary last week, going downhill at high speed and actually feeling the rear wheel go up and down O_0. Well, at least I got the front brakes fixed, which were weak for most of the two years that I had the bike.

You might also notice from the picture that my rear spoilerfenderthingie is missing. It got damaged last year and a piece of it broke off. It was still usable though, but after traversing many sidewalks and bumps it finally started to fall apart and I had to take it off. As a result my back now gets wet whenever it rains.

The gears have been broken for the while time too! I can never get the front cog to go back into highest gear smoothly after having switched down a gear. I end up pushing the gear-lever really hard for about a kilometer until it finally switches to the correct gear. My temporary fix is to kick the damn switcher thingie just above the cogwheel, which solves the problem for about an hour.

Ahhhh, I want to go cycling again this year... Maybe this summer...