Bicycling + time-lapsing = cyclolapsing? The idea sounds simple, but in practice it's not at all. I've tried it before about a year ago and the result was not pretty. At the time I attributed it to a combination of the camera being attached to the front wheel and me choosing a mountainous route, which caused me to zigzag alot with the steering wheel, making the movie very wobbly. So today I figured I'd try again, this time mounting the camera on the back of the bicycle, and choosing a flat route instead. The result is marginally better, but still not really worth showing. However! As an added side effect I managed to take the pictures of many Japanese people looking back in surprise at the weird gaijin passing them on a bicycle! So I decided to make a collage of the various Japanese people I've encountered instead. 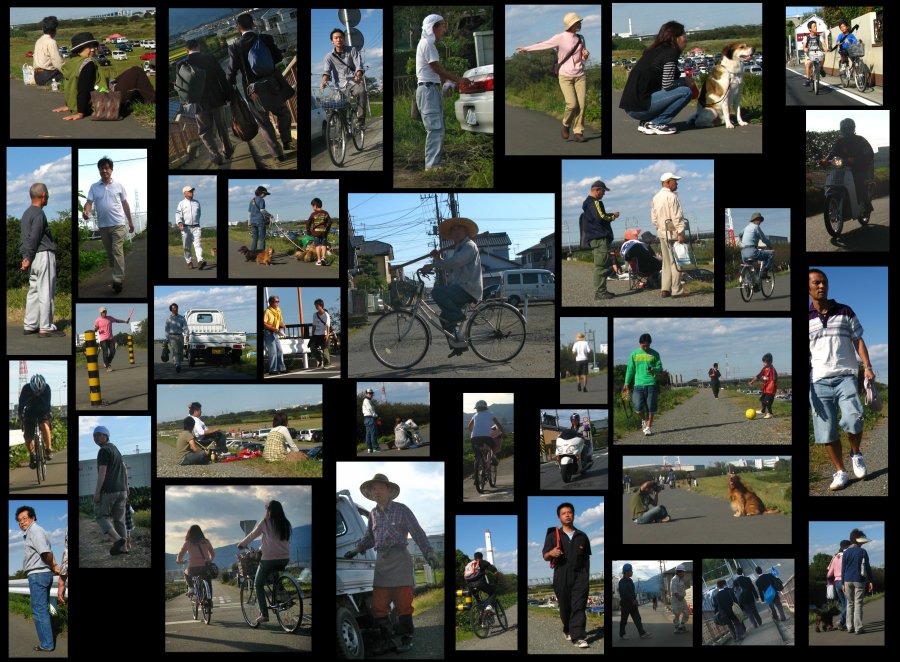 Here's a picture of the camera mount. Yes, I know it's up-side down.

And finally, here's a youtube vid of the entire trip. Be warned, as it may cause insanity.