(the continuation of part one which you can find here) 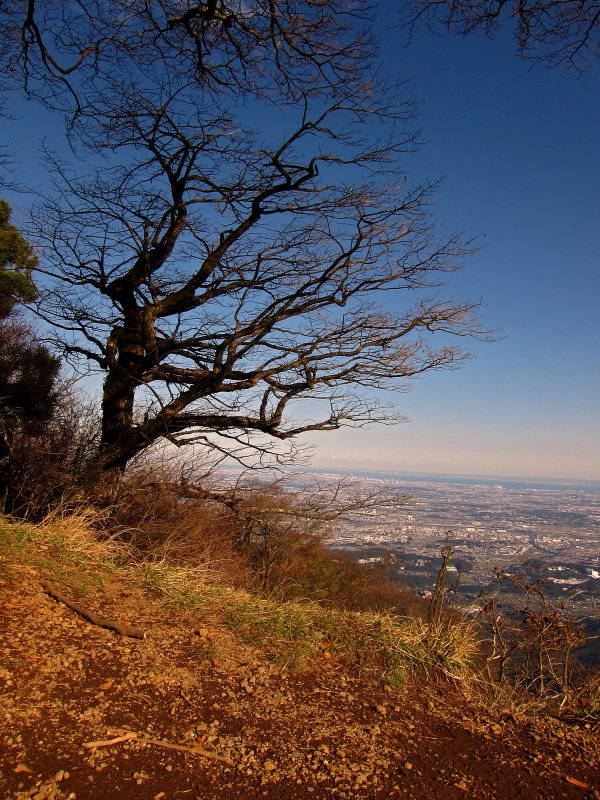 Having arrived at the summit sooner than I'd expected, I had time for a break. I found a nice spot and enjoyed the view for a while. While hiking up the mountain there were some spots in the shade where some snow remained from the night before. It's really starting to get winterish. Well, in the shade, anyway. At the summit the temperate was just perfect with the sun shining brightly on all the people taking a break at the top. I took off my jacket for a while and sat there, eating the 'big mountain nuts' that I bought at the bottom of the mountain. 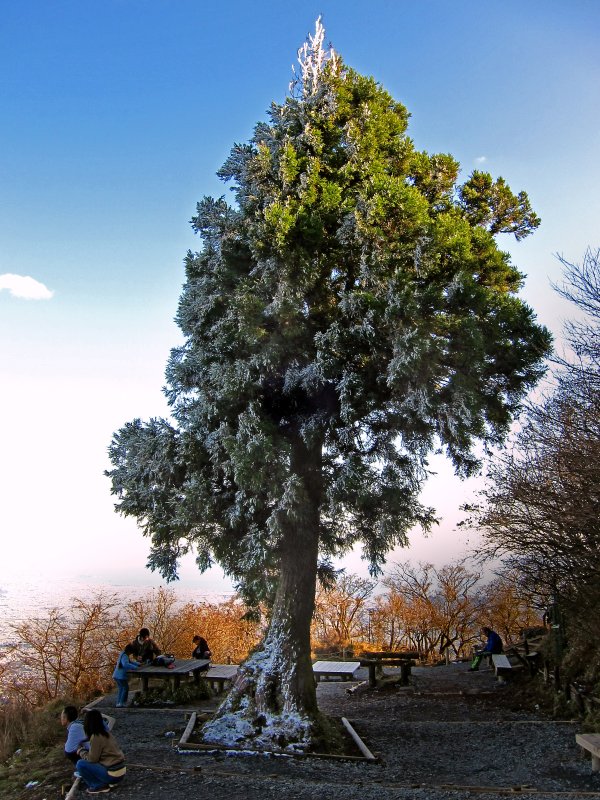 Exploring the area a bit I came across this tree, which has snow on it on the shadow side, and nice and greenon the sunny side. It was quite difficult to take a good picture of it though, and I'm not 100% happy with the result. Oh well. After I slowly began to freeze to death I decided to head down again. Since I've climbed OoYama every year since I came to Japan four years ago I decided to take a different path down. Just 100 meters below the summit there's a junction that will either take you back down to where you came from, or alternatively it will take you along the far side of the mountain (the Fuji size) to a place called Yabitsu pass, which eventually ends up in Hadano, a city not too far away from Atsugi where I live. It proved to be an interesting path indeed... 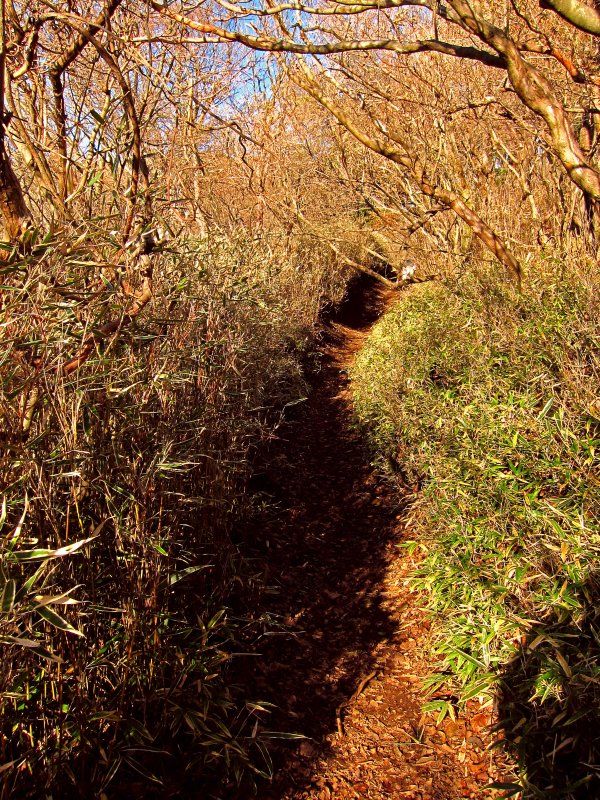