I was feeling bored in my hotel room when I suddenly got a call from my buddy Fumi, who I traveled with in Kyushu and Yakushima. He was back in Kanagawa prefecture already, together with Hou, the Taiwanese guy who was part of our hiking troupe at Yakushima. A big surprise, because both of them were planning to stay at Yakushima for a long time, yet they're back already. So what prompted this occasion? I went to meet them to find out. 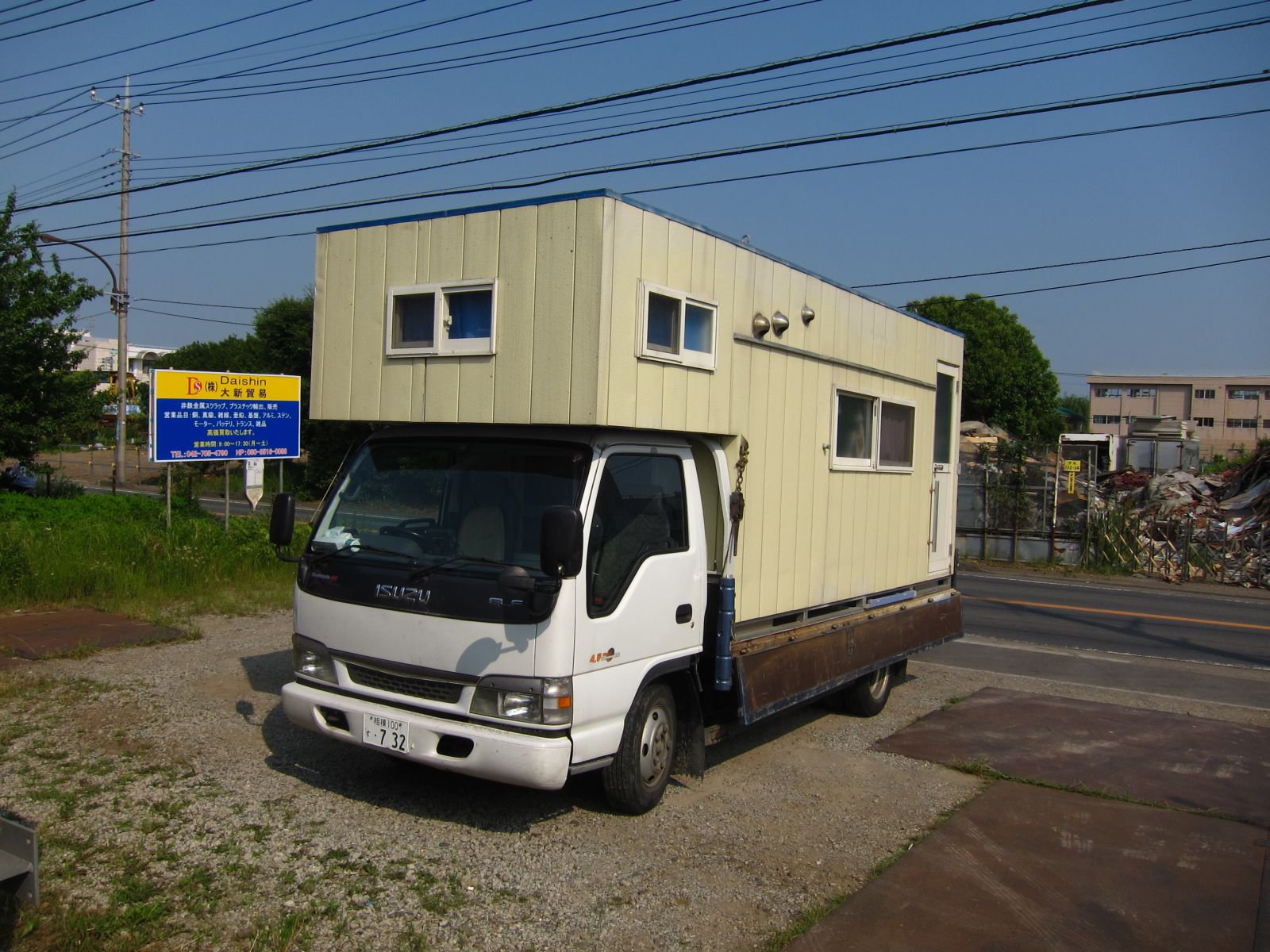 And found out I did! It seems that Fumi and Hou traveled back to Kanagawa with Hou's home-made camping car (as it called in Japanese-ified English). What took me six weeks they did in two days, and with a lot more comfort. As you can see from the picture, Hou's camping car is basically a truck with a home/cabin on top. The cabin itself can be forklifted off and put somewhere else, so Hou can still use the truck to do his job while parking his mobile home somewhere nearby his current working place. His prototype has some rough edges, but the idea is extremely practical. 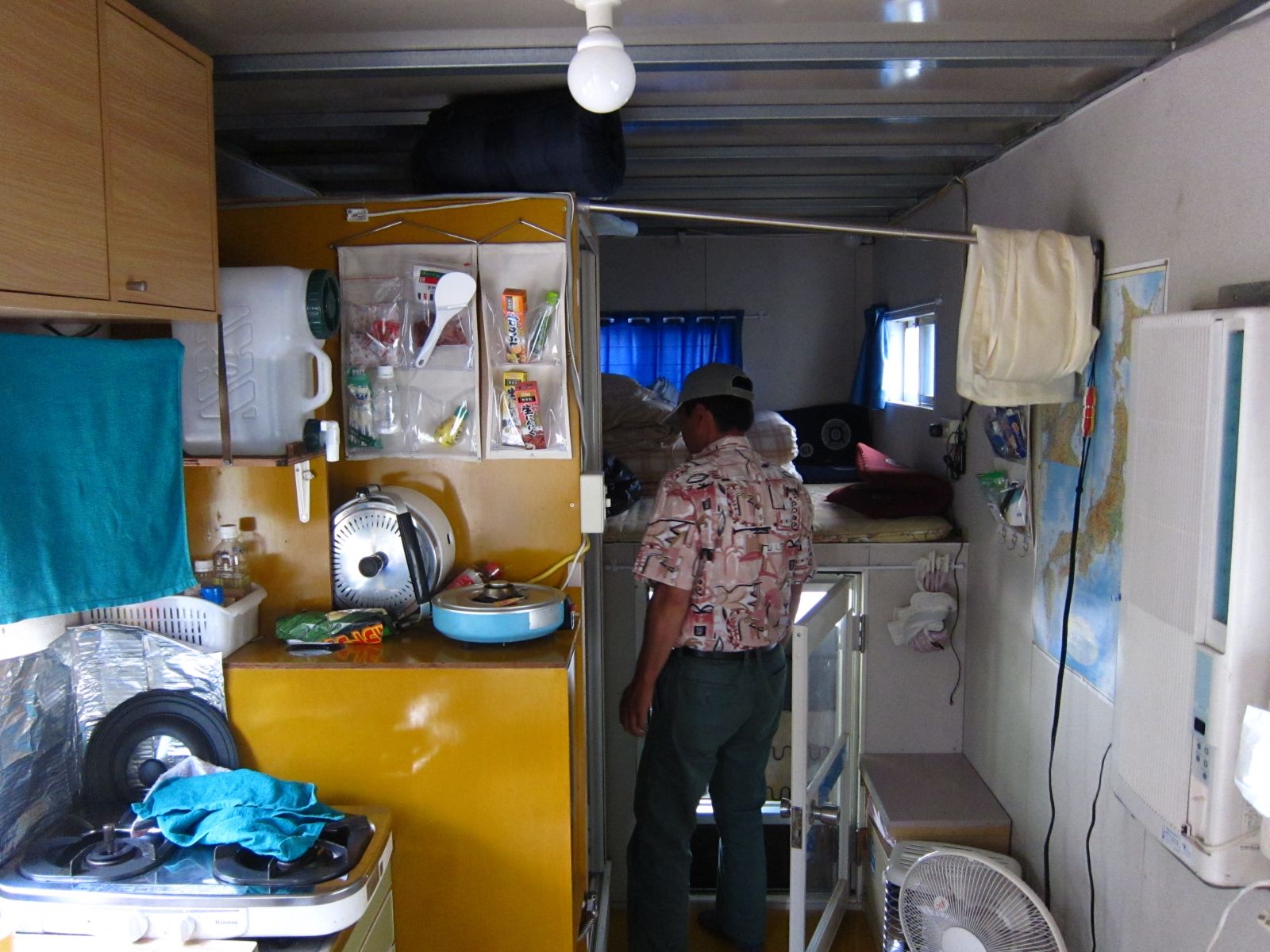 Hou and his brainchild 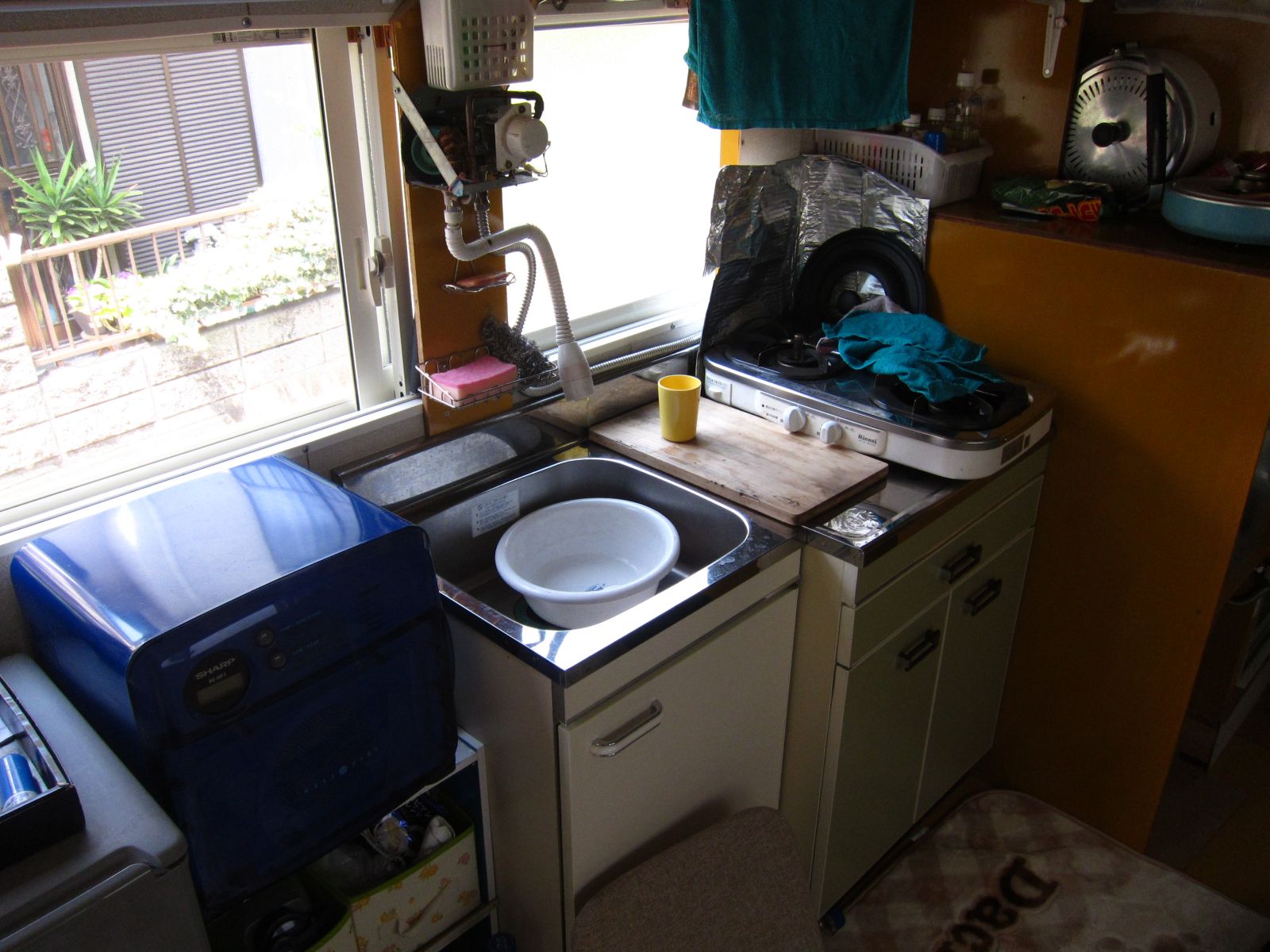 Since it's basically a truck, the inside is huge! Nothing is missing here: there's gas, water, electricity (several huge batteries powered by the truck's engine, with an option of adding solar panels on the roof), a shower, a kitchen area, a table etc. etc. It resembles a house more than a camper van. There's room underneath for four(!) foldable bicycles. Being used to low ceilings in Japan, I was very pleased to know that I could easily stand inside the camper without hitting my head. 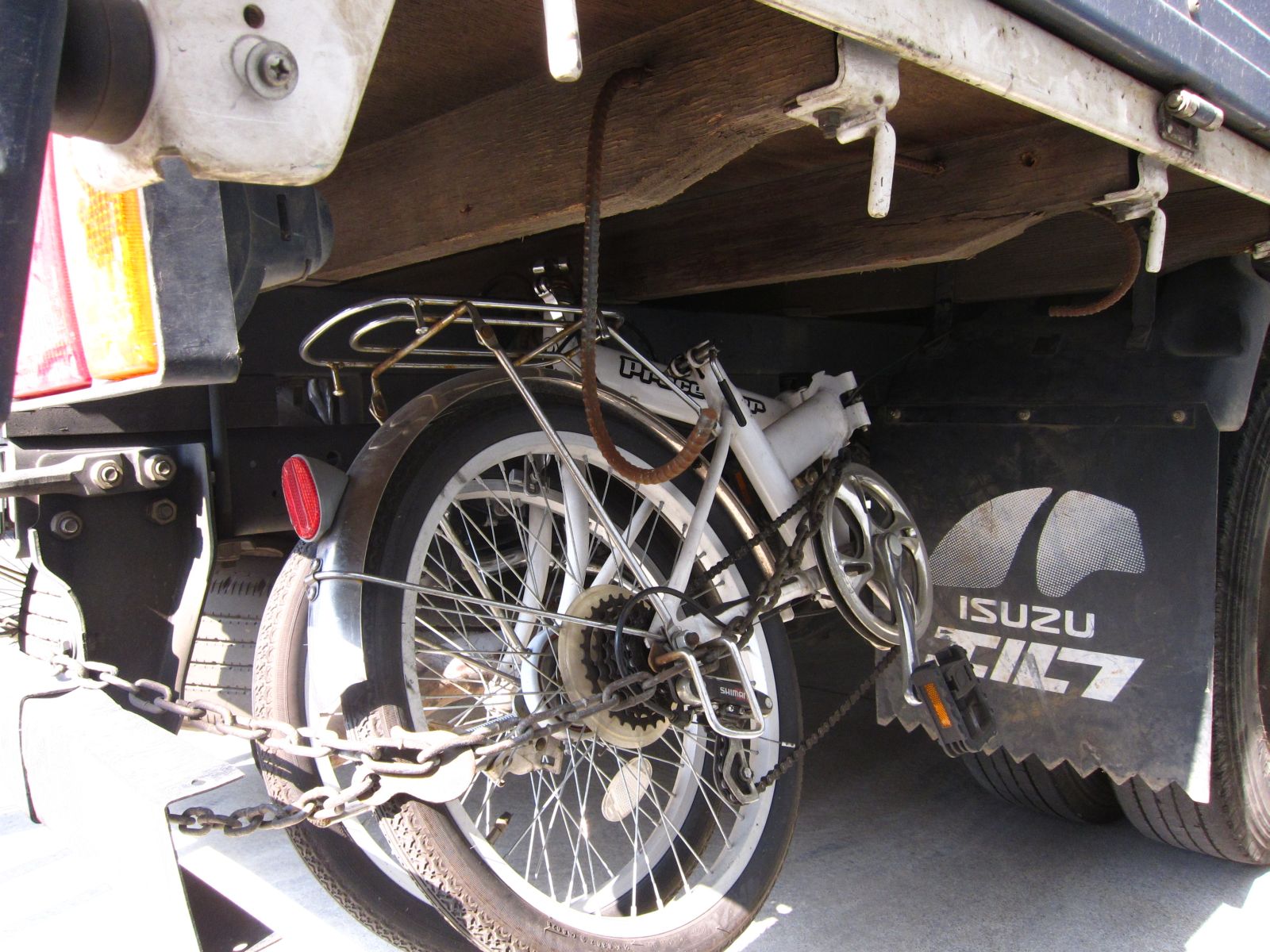 Hou took us out for a spin in his camping car, and we went to the riverside to relax for a bit. Cold beer in the fridge, a table and some chairs, and plenty of snacks. Certainly quite different from traveling by bicycle! It was here that Hou revealed his plan: he plans to start producing and selling these camping cars in Japan. He's put a lot of thought into it, and after listening to his explanation it certainly seems like a good idea. Hou's got it all thought out, so if you happen to live in Japan and are interested in one of these babies, drop a comment here and I will let him know :D