On the move again!

Yesterday I went drinking (again) with my ex-co-workers. Hanging out with them is a lot of fun, and it's very easy to get back in the rhythm of relaxing during the day and drinking in the evening and night. The situation is worsened by the world cup football because I am going to great lengths to find places to watch Holland's matches. As such I am kind of making myself stay near populated areas, so that there's always a bar or sports pub around where I can watch the match.

My bicycle is back! I picked it up from the bicycle shop today, where it's been since yesterday. I've decided to pay up and let the shop give the gears and the brakes a serious overhaul. It took about a week for the parts to arrive, but yesterday they could finally start working on my bike. When I arrived in the afternoon bikeshopguy was putting the finishing touch to the handlebar, covering it with nice soft gum tape. Pretty much everything gear-related has been replaces, except for the sprockets and chain, which were replaced two months ago before I left. The brakes have been fixed as well. I've got two brake levers for the front brakes, and two brake levers for the rear brakes, two levers close to the center and two levers at the front, in 'race' position. The race-position levers stopped functioning properly a long time ago and lost their strength completely. Now, with new brake wires installed, the brake levers are at equal strength again. Total cost: 20.000+ yen. For all the money that I spent on maintenance on this bicycle, I could easily have bought another (probably better) bicycle. I considered that during the trip: abandoning or selling my bicycle and then buying another one back in Holland, or not buying another touring bicycle again. At the time I thought that this would be my last touring trip, but after sitting still for a while I find that I can't quite abandon my precious bicycle yet. :D 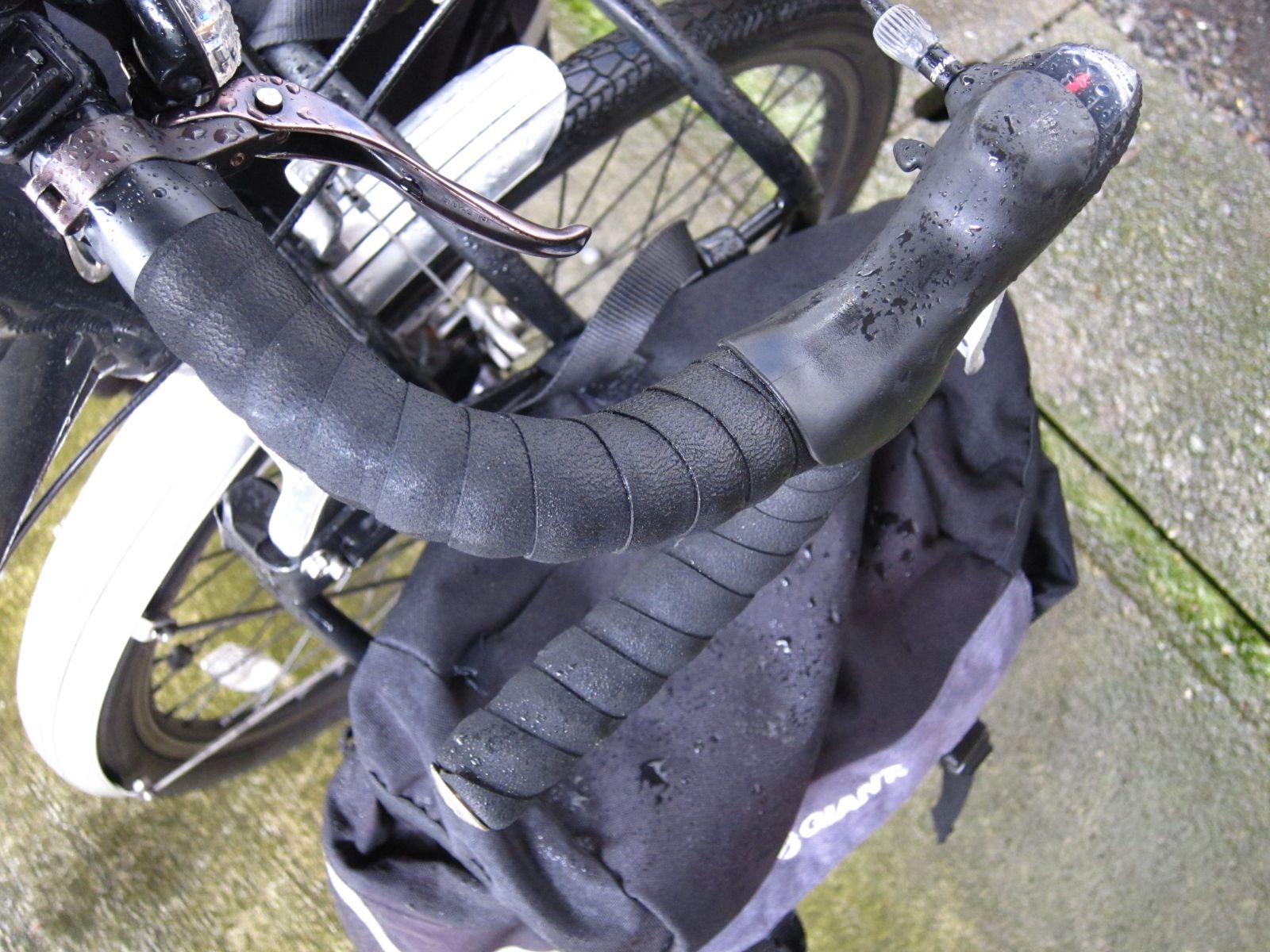 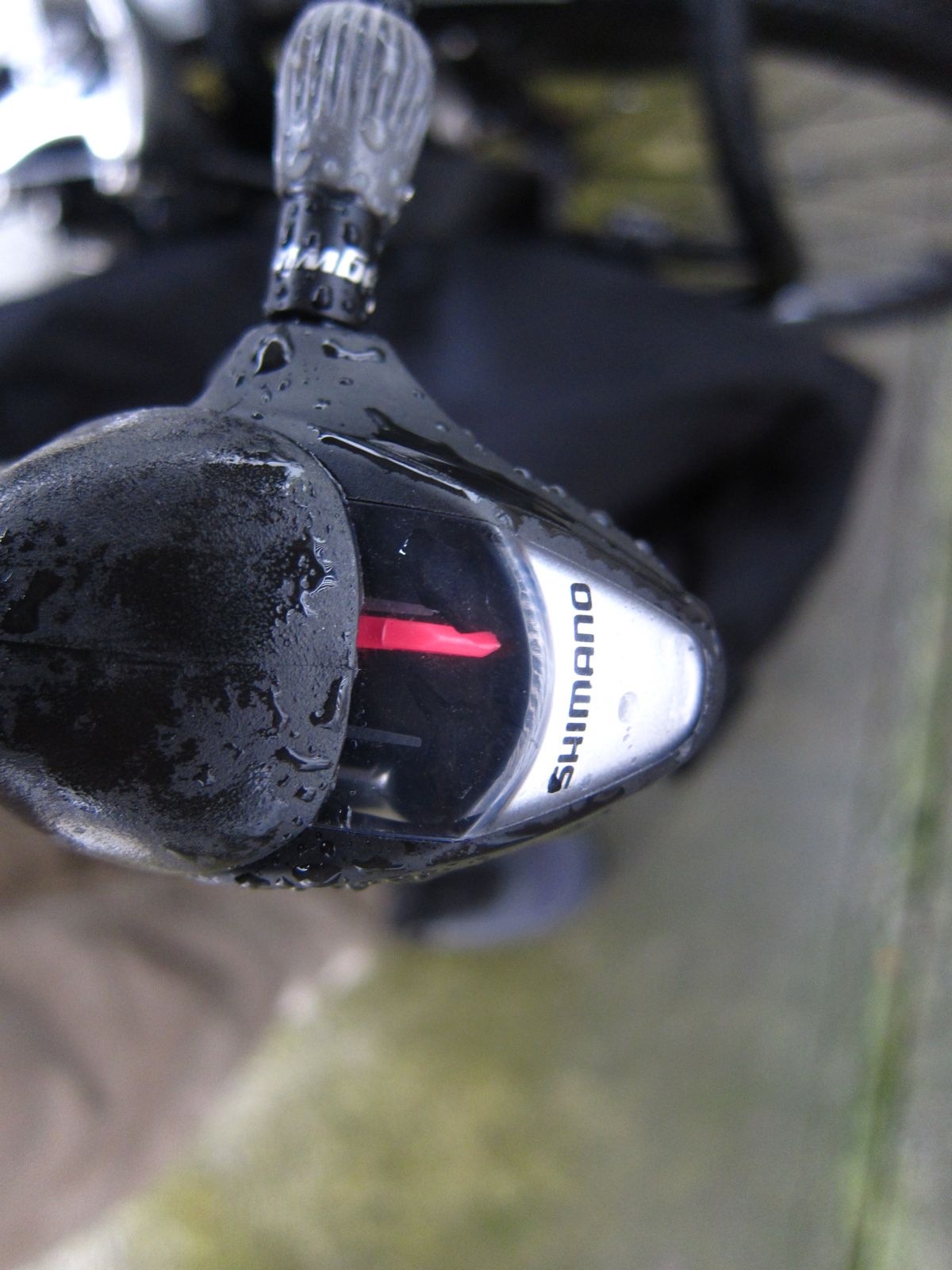 This gear lever actually displays which gear I'm in.

Now that my bicycle's been upgraded I'm ready to go again, and my stay in Atsugi is pretty much finished. I'm heading north towards Tokyo, a sad sad place to be for a camping cyclist. But if I want to go further north then I have to pass Tokyo somehow, so I might as well do it now, in a straight line (more or less). I got a new map-book of the Tokyo area so I'm pretty sure I won't get lost. So far I've gotten by pretty well just by using my compass and the road signs, so the maps are just a bonus. A slightly heavy bonus. 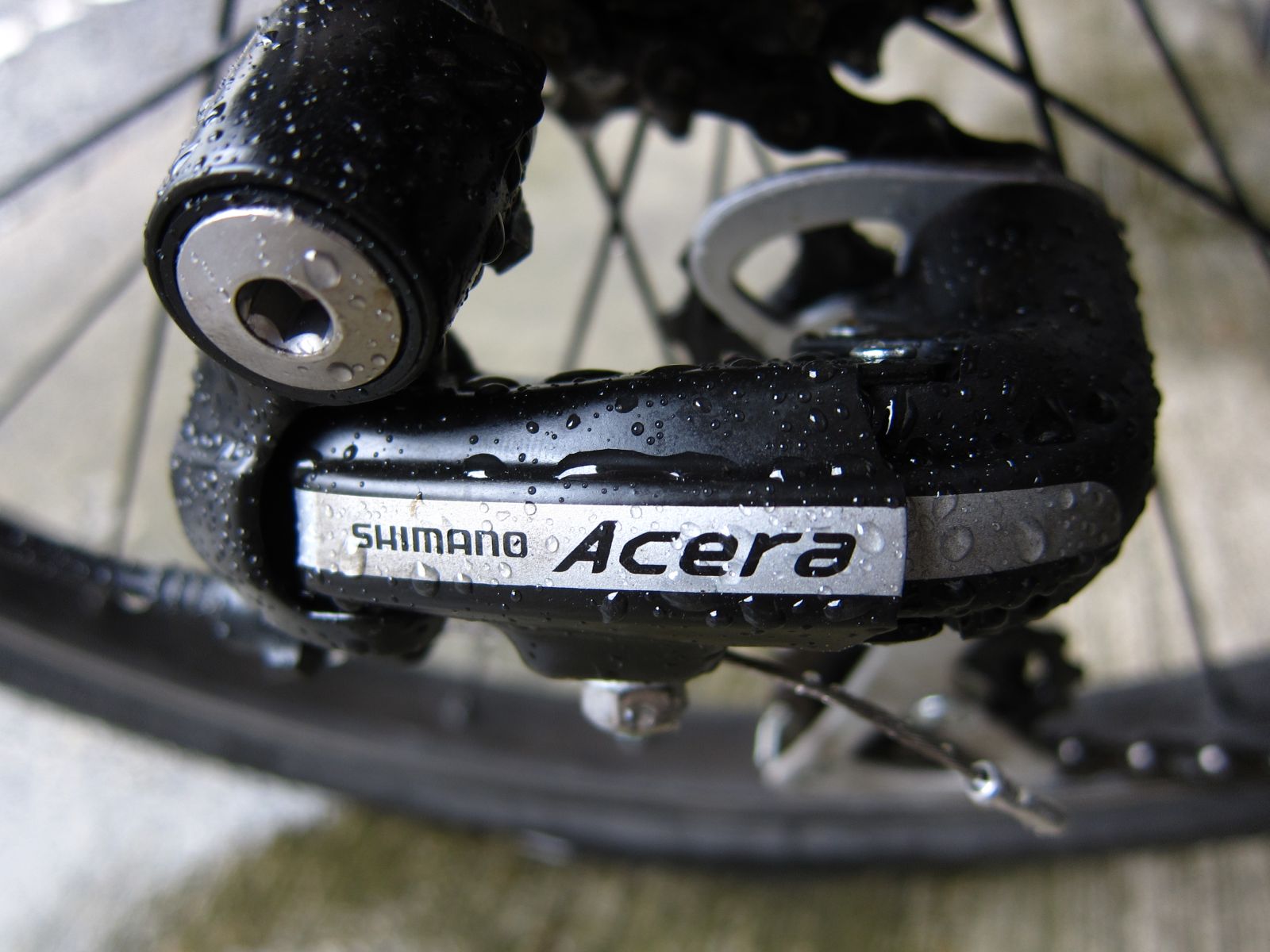 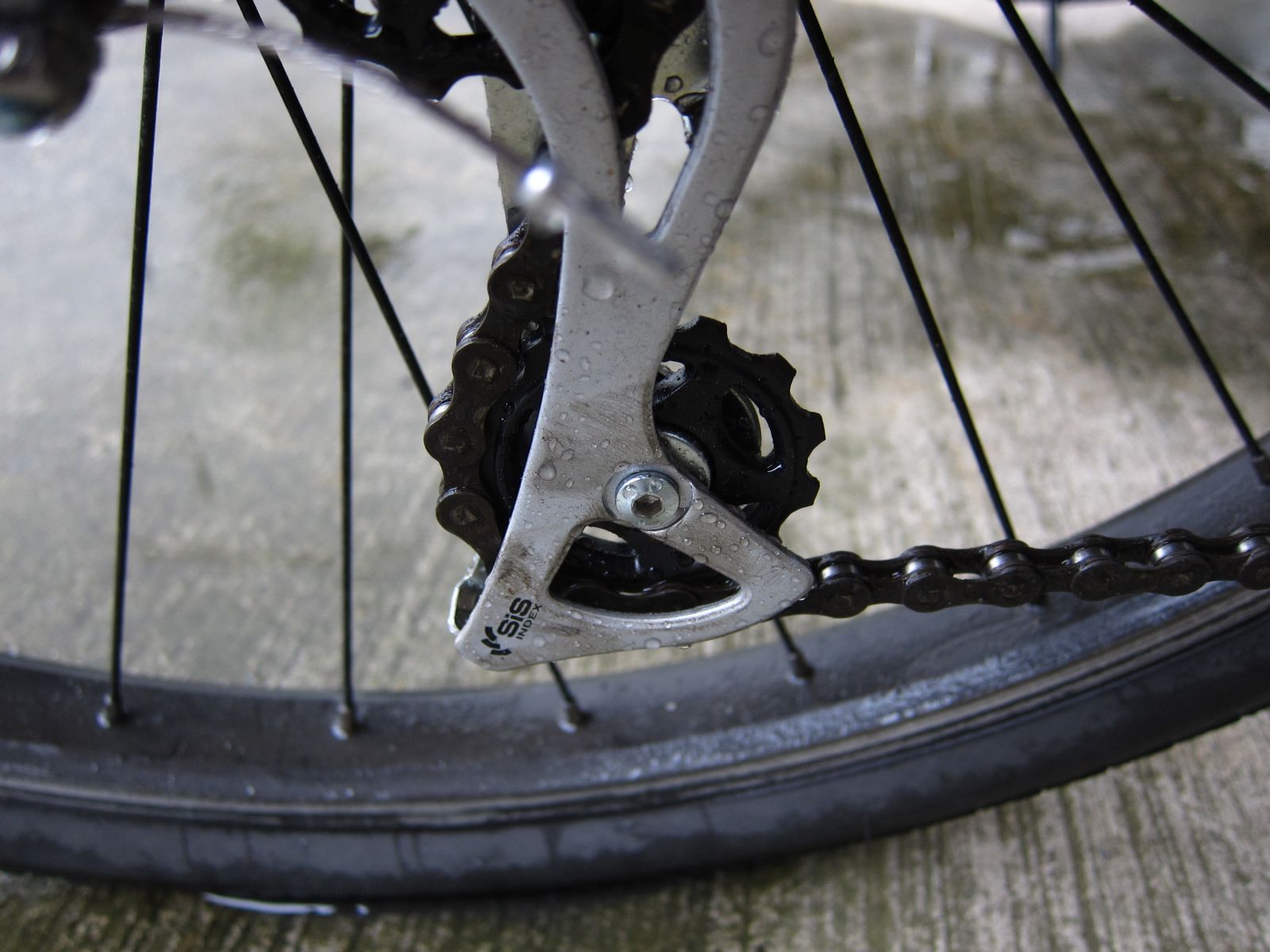 It feels like a new bicycle! Gears actually shift properly, and I don't have to coax the lever to select the right gear anymore, nor do I need to change gears three times to change up one gear. Everything is smooth and perfect. I am very happy. Also, the new tape on the handlebars feels mushy mushy and makes me smile every time I touch it. 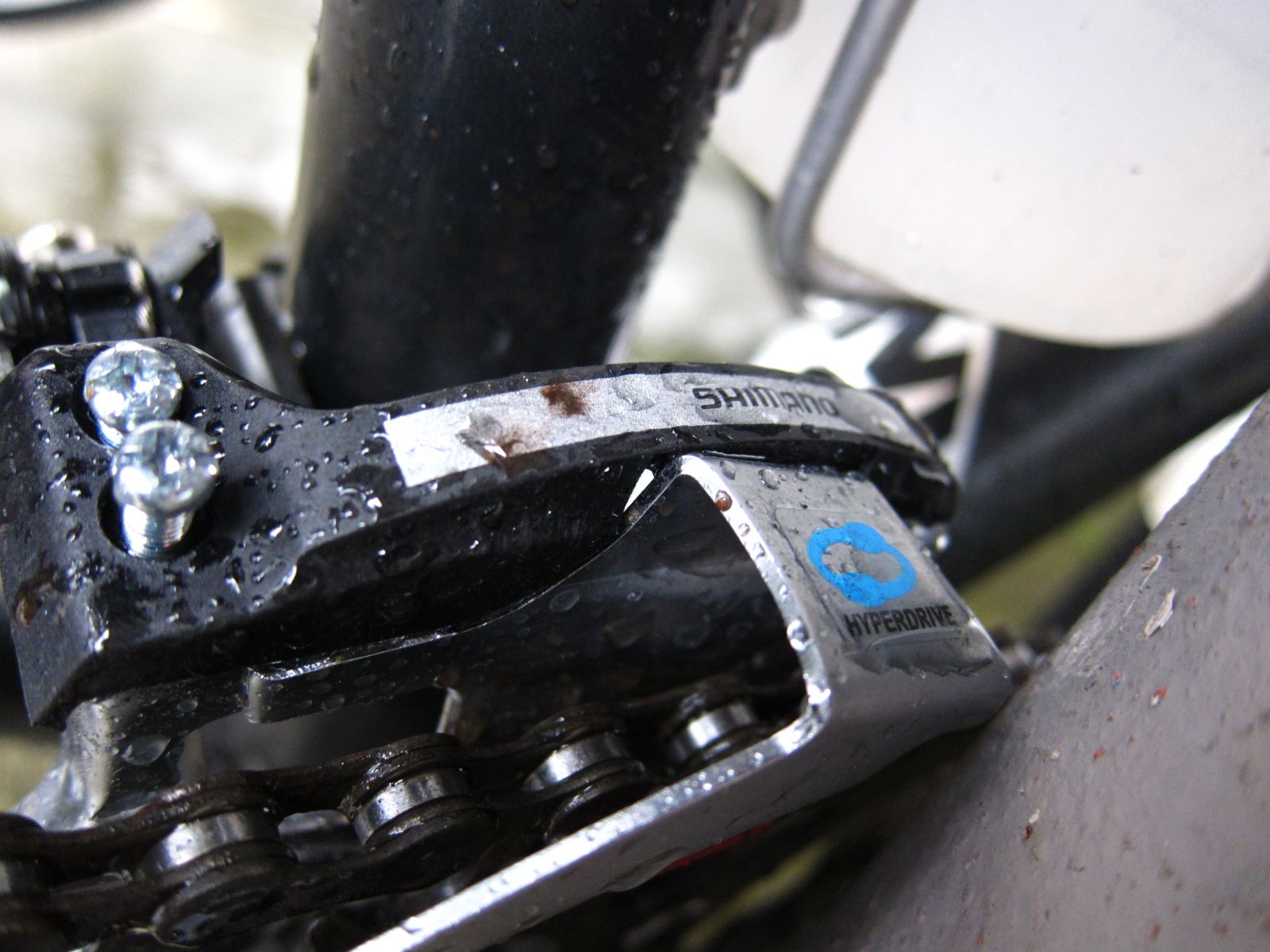 My bicycle is now hyperdrive-equipped

The rainy season is approaching (as you can see from the photos), which is worrying me a bit. It rained a little bit today, but it was nothing serious. The weather's been great the past few weeks, and it doesn't seem like the weather'll turn (too) sour any time soon. Well, if the situation gets too dire I can always spend a couple of days in the same place and wait for the rain to pass. Back to the simple life!

Posted in Cycling , Spirit of Japan