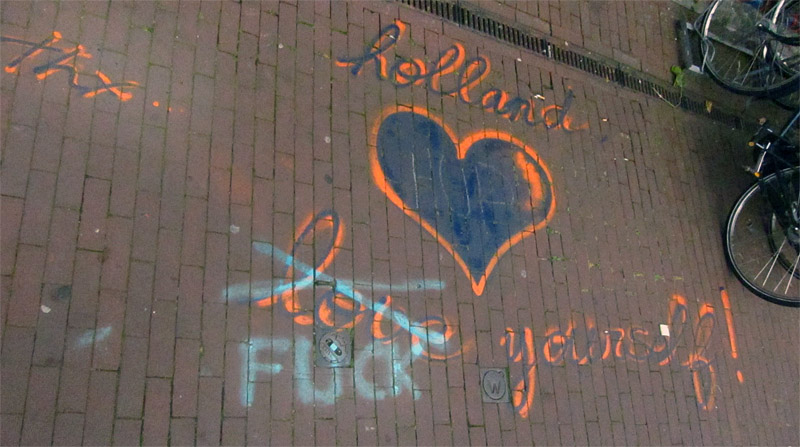 Most of all, foreigners. In the two and a half days that I've spent in Amsterdam I've hardly heard Dutch at all. I've heard Italian, Spanish, French, German, English, Japanese, Mandarin, Cantonese and a whole bunch of other languages that I couldn't identify. If anything, Dutch was spoken the least. 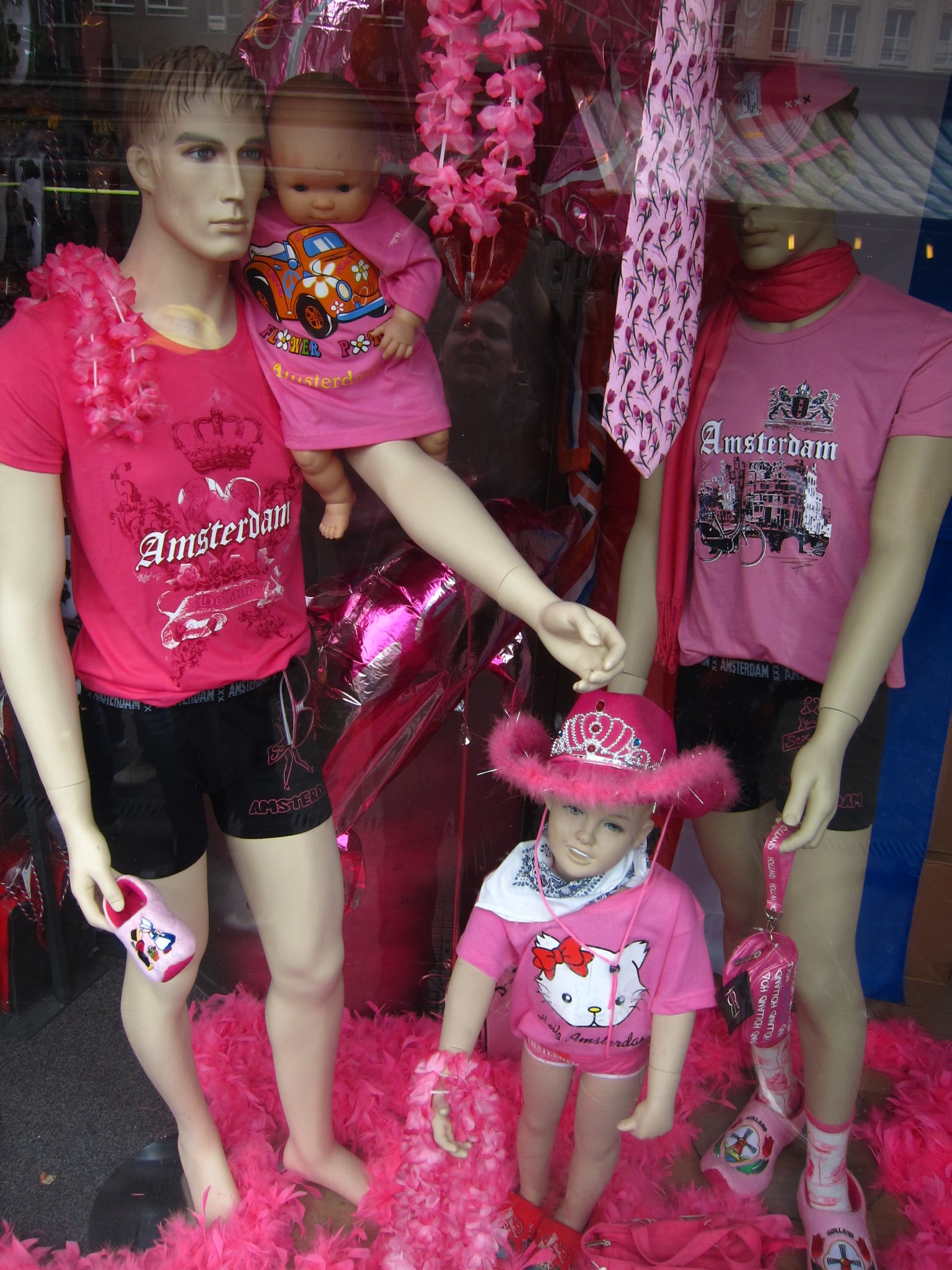 I have to admit that I was prejudiced against Amsterdam. I've never really liked cities until I started living in Japan. After that I'm still not very fond of them, but I realize that cities are so much more nice to live in than the countryside, and they can have their own unique charm. 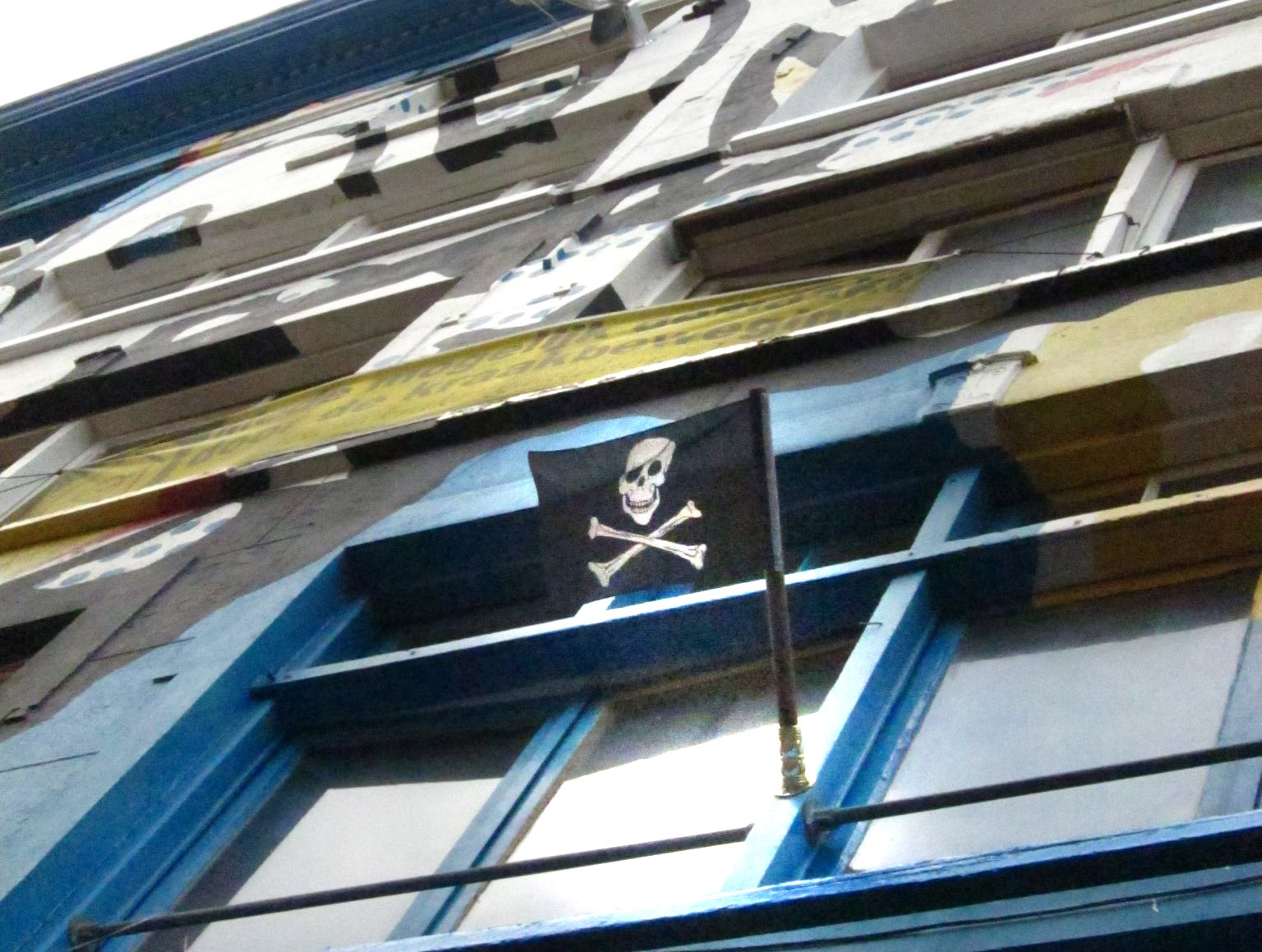 Having just come from Antwerp, Amsterdam was quite a change in pace. The serenity and classic beauty of Antwerp, with its jolly beer-drinking Belgian men and beautiful Belgian babes, versus the dark and dirty streets of the capital of Holland. At first glance my thought was: Amsterdam is shit. 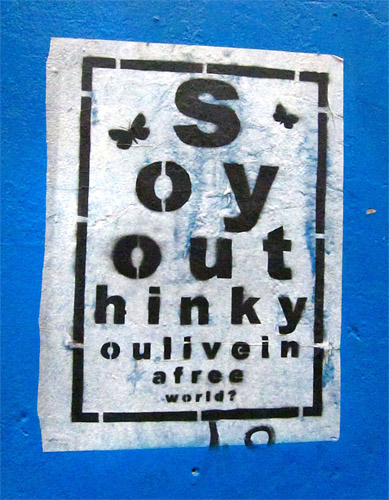 And now, a couple of days later, my feelings really haven't changed. Amsterdam is shit. It's the worst of the worst. All of man's vices lined up neatly in a row. Alcohol, drugs and whores. Take your pick, but not all at once. Actually, I am not morally against any of those things. I very much support freedom in every way, so I'm all for marihuana and prostitution being legal. But the kind of people it attracts... DAMN

There's so many kinds of people in this city. And most of them are here to smoke pot and see the red light district. Which is exactly what we did. We strolled around the area and were amazed by everything that went on in there. There's just so much to see. Huge black whores ticking on their windows to attract the embarassed tourists. A bunch of French bearded youngsters sitting at the canalside smoking pot. Then, suddenly, a huge crowd of people only dressed in their underwear appears from out of nowhere, makes a lot of noise and then disappears again. In the next street we look at the shop with the funny condoms as suddenly a group of salivating wheelchair-bound handicapped people, gargling and moaning and monargling. We pass another house with red lights just as a family with children passes us. At the next corner is a nice looking Irish pub with a bunch of transvestites in front of it. All this within one kilometer, a 20-minute walk. Amsterdam is amazing.

There's just so many things to notice. There's small stickers everywhere, on road signs, on buildings, etc. No idea who or what they're from, but that doesn't seem to matter. Everyone just wants to leave their message in this city.

One of the messages I liked the most is the one we found painted as huge graffiti on top of a building, which said in German: "Legal, Illegal, Scheissegal" - Legal, Illegal, it doesn't fucking matter. And it really doesn't in Amsterdam. 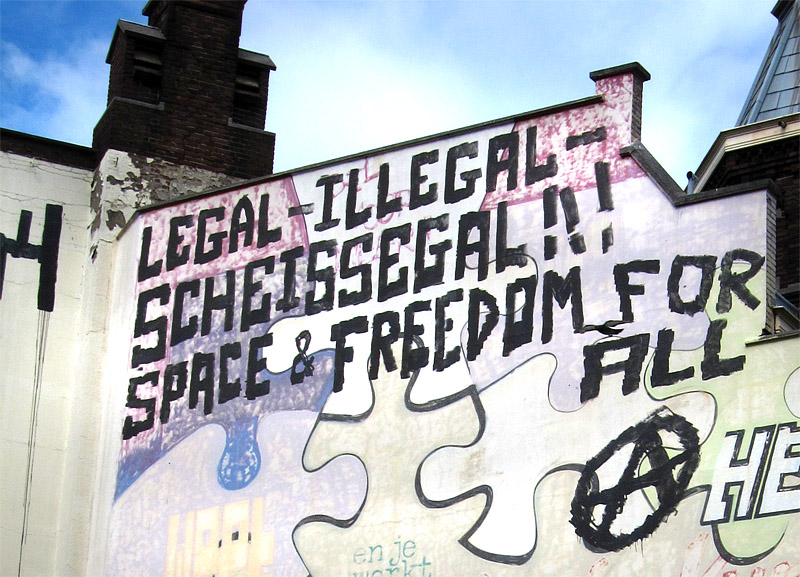 Some of the most interesting areas we've seen was of course the red light district, although I didn't feel very inclined to take photos there. Another place that was great was an area full of squatters' homes, with graffiti abound. Very creative place.

The squatter logo is nicely done, and a parody of the Dutch national emblem + slogan, which is "I maintain", whereas the squatter slogan is "We maintain". I'm not sure if one would generally use molotov cocktails to 'maintain' anything though. 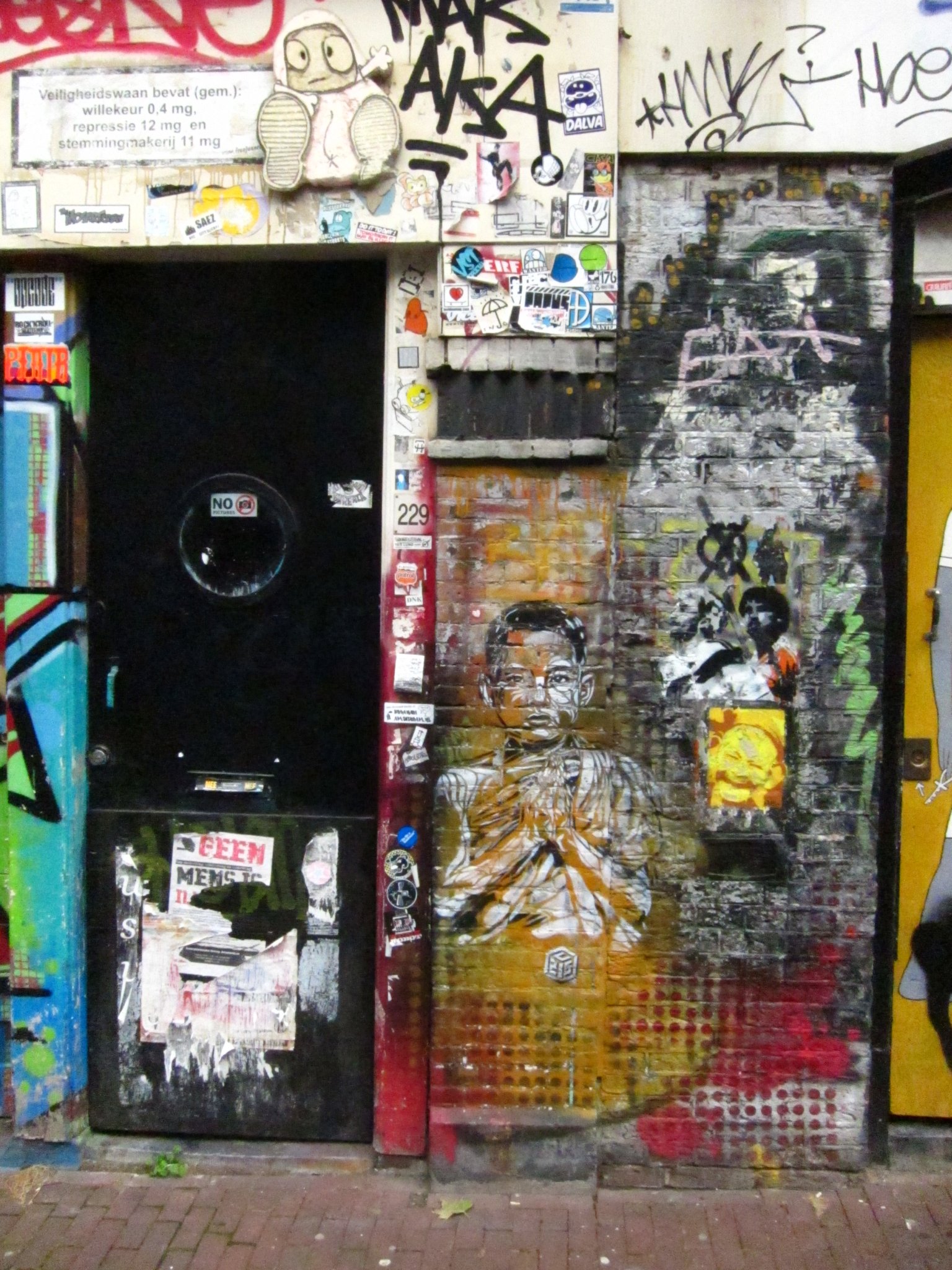 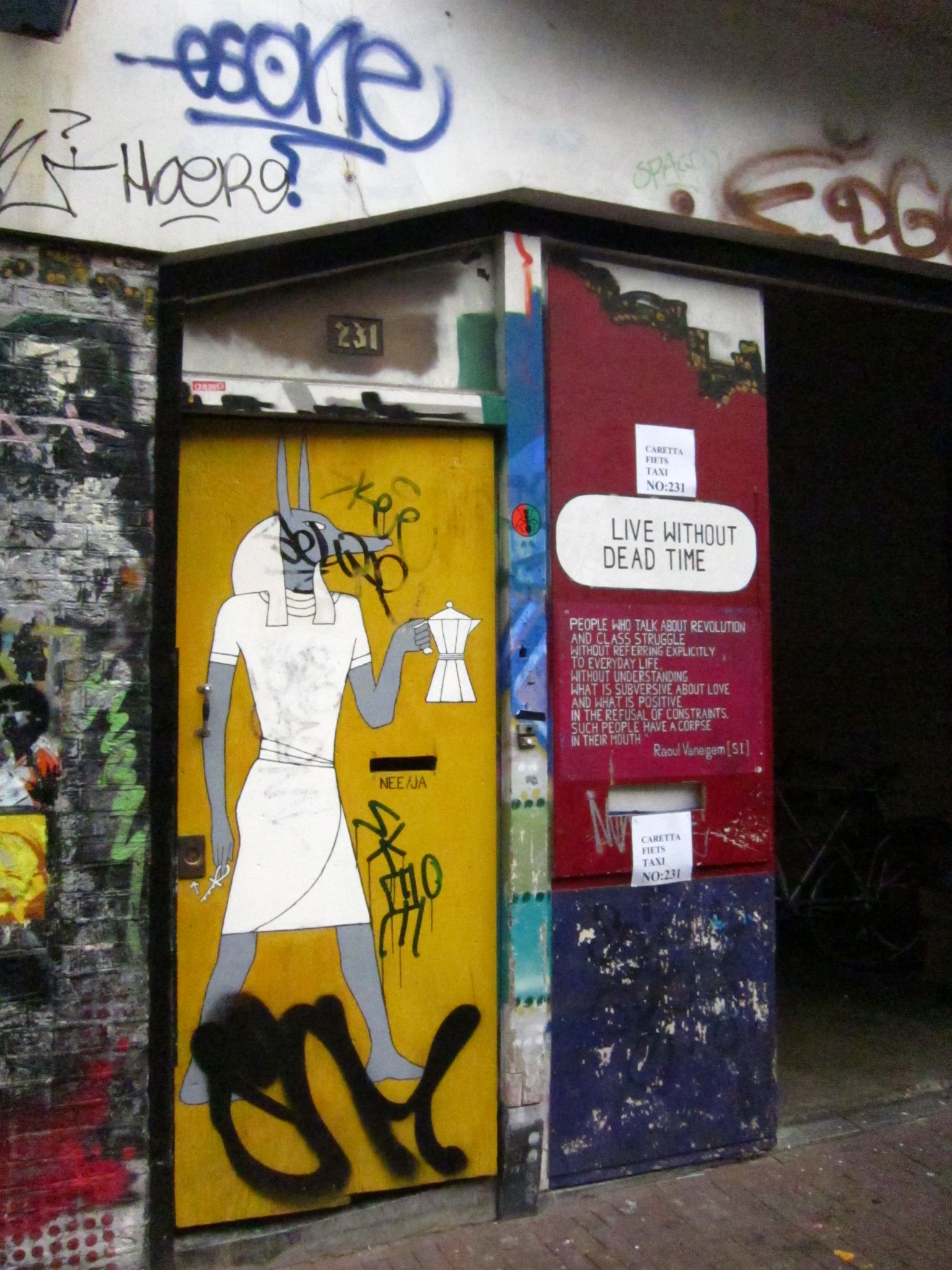 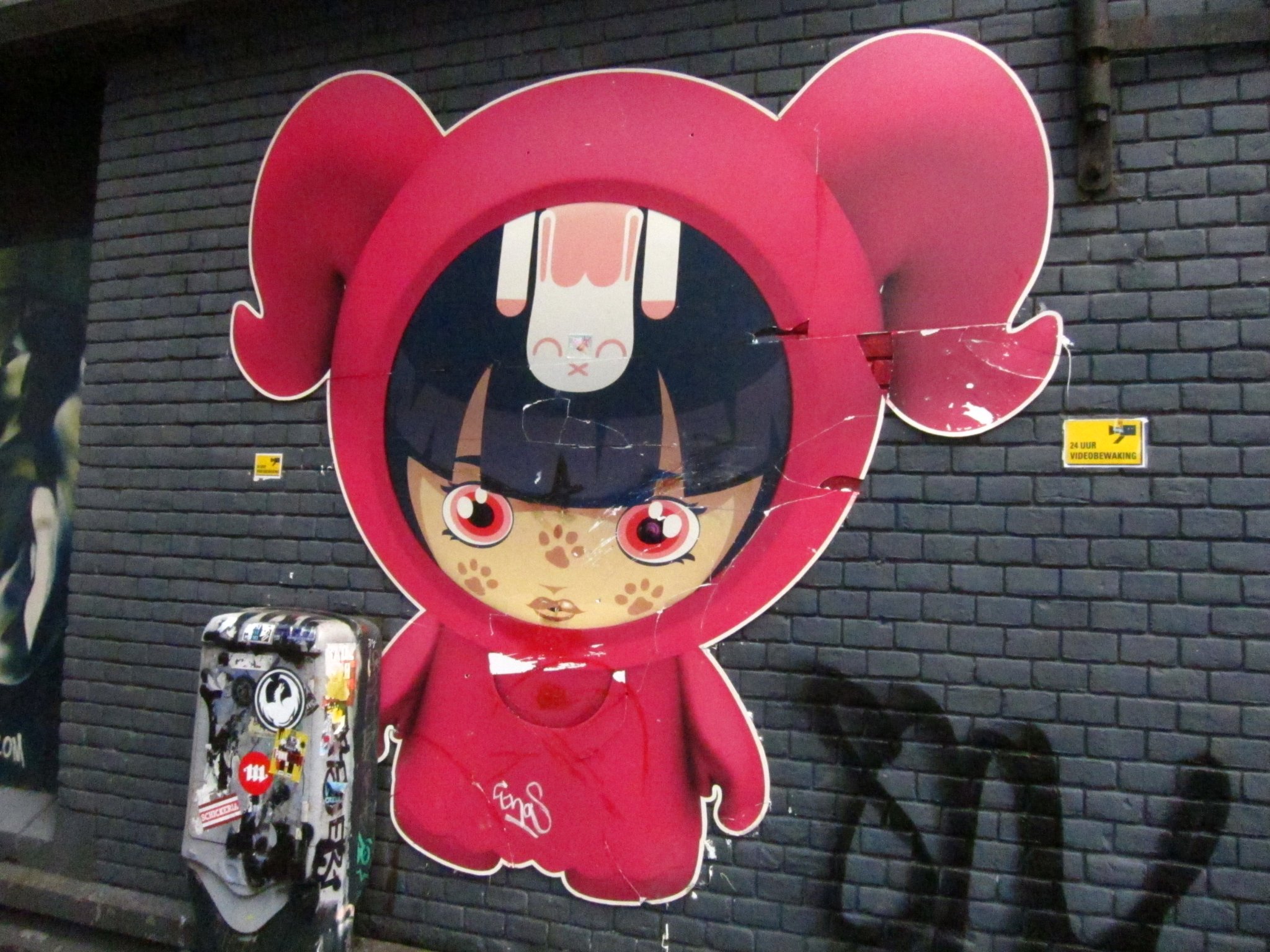 I've enjoyed myself a lot here. I've seen a lot of cool new things that are probably not found in any other city in the world. Despite all that though, it's definitely not my kind of city. I felt quite at home in London, but somehow Amsterdam does not appeal to me at all. In fact, before this trip I was considering Amsterdam as a temporary place to live, but now I'm very sure that I do not want to live there. As a place to visit though, I think it's great, and you'll never run out of things to see.