Seriously, what a ridiculous name for a place. The only odder place around is called Kutchan, which I'm sure all you Dutch speaking people will appreciate. I somehow made it to the onsen town of Oshamanbe today despite heavy rain. I was originally planning to stay at a place called Yakumo, but it was so utterly depressing that I cycled on despite the rain. The business hotel that Google Maps said existed, didn't. The only other hotel I found, the 'royal' hotel, was rather closed down. What a shit place. 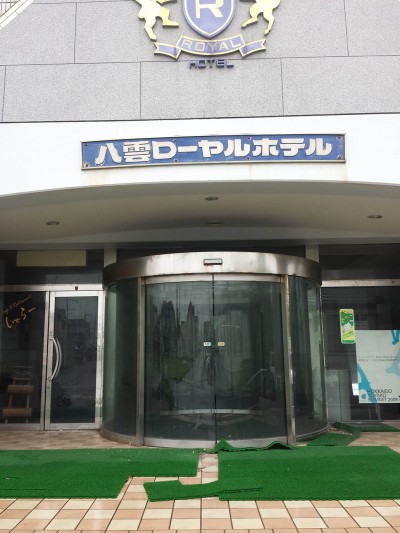 The rain got worse and worse today. It was just cloudy in the morning when I set off from Hakodate. It was dark, desolate but surprisingly not that miserable thanks to my neck warmer and winter gloves. With them on I was able to cycle very comfortably without wearing a coat. I did finally put my coat on after passing through the tunnel that connects Hakodate to the inland bay thing on the east coast. By then it had gotten a bit colder so the downhill and subsequent flat road were quite comfortable as well. 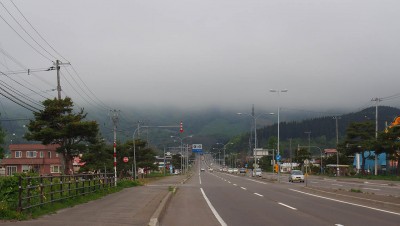 I found a roadside restaurant, one of the few ones that wasn't totally deserted and abandoned, and managed to eat a decent lunch, although I was surrounded by smokers. There was pretty much no separation between the smoking area and the non-smoking area. It was quite disgusting and kind of took my appetite away. I hope that's not a sign of things to come for Hokkaido restaurants. 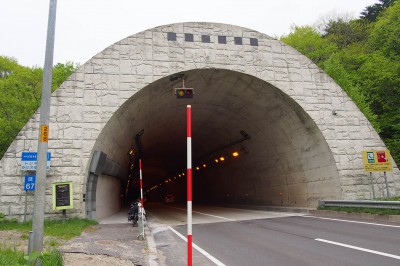 All hell (slowly) broke loose after lunch. It had started raining, and it would only get worse. I reached Yakumo without too much difficulty, but after cycling around pretty much the entire town and deciding there was nothing even remotely of interest there, I decided to cycle through to the next town. In the rain. The 30 kilometers to Oshamanbe were utterly depressing and miserable. With the sole exception of one tiny town bit including a post office and a local store, there was nothing, absolutely nothing in-between. No vending machines. No convenience stores. Not even a place to stop at the side of the road because there was a massive ditch at the road side. Nothing to do but keep pedalling on until you reach your destination. 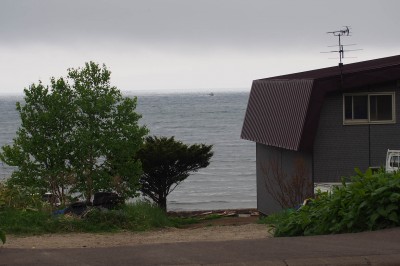 At this point I had given up on proper heat management techniques and just kept my coat on all the time. Today I tried to take it easy and not work up a sweat while wearing my coat, but I completely gave up on that for the last stretch since the rain cycling was just wearing me out, and all I wanted was to reach a hotel as quickly as possible. Oh well. Sprint to the finish, I guess.

I'm not sure what to do tomorrow. Take the easy way and spend an extra day to get to Sapporo via the coastal road, or take a chance and two mountain days, which might be interesting and different after all that seaside. The mountain stage to Sapporo does seem to climb a lot though. Hmm...