It's probably cheating to type this while the trip is not entirely over yet, but I feel like writing it down now. Only half a day to go now. I've got to cycle 9 kilometers to the airport tomorrow, then bag the bike up and deal with my luggage. Hopefully my luggage will be within the weight limits, but even if it isn't I can bring an extra piece of carry-on luggage, so I should be alright. It's done! It's over! I made it.

The ever-present that I get on a cycling trip is a sense of purpose: you have to get from A to B, by any means possible. Sometimes it's a day of suffering, sometimes it's a day of fun detours and random happenings. Some days the conditions are perfect but I don't feel like going out at all, and others I feel excited to get out there despite the rain and wind. The one constant in the trip is having to get from A to B. It's pure, simple, gratification. Every meter you cycle brings you closer to your goal. Sure, some routes may take longer or cause you to suffer more, but every pedal stroke brings you closer. There's no wrongs, just various degrees of rights. I really need this feeling in my life. Compared to every other life decision I am making, the knowledge that I know how to bring a cycling trip to a successful end is a great confidence booster.

Before setting off I had toyed with the idea that this might be my last big cycling trip. Then, during the first few days (maybe even weeks) the determination inside me grew to make this officially the last trip. But as the trip neared its end I realized that I don't want to give up this feeling just quite yet. I'm still in awful physical shape, yet I am able to do a trip like this. You get stronger as the trip progresses. If the future allows it, I would love to do another trip like this. Maybe in Japan, but probably in another country. Like I said, the feeling of going from A to B, and more specifically, the feeling of having to fight to get from A to B, is something that's not so easy to give up. Let's see how I feel about this statement a couple of years from now.

Kusatsu to Yudanaka, without a doubt. The ride through the mountains marked the end of the mountain stage and was by far the most scenic ride on this trip, and perhaps even my whole life. It was truly incredible to have been able to reach beautiful places like that on a bicycle loaded with 20kg's of luggage. The epitome of touring cycling.

The last three days before reaching Cape Soya, the northernmost point, were stunning. I changed the nature of the trip from a 'get there the easy way via major roads' attitude to a "let's take the scenic route and explore" attitude. At the same time the climate and scenery changed with me as I went further and further north and signs of civilization slowly faded away. It was at times desolate and monotonous, but also incredibly unique and special. The north of Hokkaido combines the climate of northern Europe with the Japan-ness of Japan. It's an odd combination and a rare one. These days returned to me that adventurous feeling I felt during my earlier cycling trips.

On my way down from Wakkanai to Sapporo I stayed one night at a beautiful camp site next to a beach. I'd just escaped the ~10C temperatures and strong winds from Wakkanai and, going south, the wind died and the temperatures rose. There was a conbini nearby and hardly anyone else camping, so it felt like the perfect place. I don't know why, but I just felt at peace there. Perhaps it was because the day afterwards I would have to actually start thinking about how to get back, making this the last night without real life problems.

Finally, I must mention the diving. Doing the whole PADI training in three days was quite the experience. I was more stressed out about it than I needed to be because in the end it turned out to be a lot of fun. The dive trips to the Izu peninsula were incredibly scenic and beautiful, and the diving gave me a sense of purpose which made me enjoy it even more.

The first thing that springs to mind is Tokyo.. The first day I cycled in Tokyo it was raining and miserable, the last day I cycled in Tokyo it was blazing hot and miserable. Either way it's not going to be enjoyable because of the traffic and the traffic lights. It's not that there's a huge amount of traffic actually, or that people drive more dangerously. Well, they do drive more dangerously, but only slightly so. It's just that it's so constant. There's never a moment when there's no traffic or no traffic lights, meaning that within a 50km radius of the center of Tokyo you'll be doing the stop-and-go with the traffic lights and the please-don't-hit-me with cars that are turning left without looking to see if there's a bicycle there. Tokyo is by far the worst place in Japan I've ever cycled.

There were rainy days on occasion, and dark and cloudy days too. I remember struggling against the wind in the north-west of Honshu, but somehow that didn't leave nearly as strong an impression on me as did the desolate stretches of road between Hakodate and Sapporo. Long roads with nothing of interest on them can still be fun if you've got the wind on your side and some nice music on your iPod, but if the wind is against you and the clouds are turning dark then you just don't feel very happy. Having to endure that for days on end really wasn't fun, and the main reason I'd rather cycle in other areas of Japan than in Hokkaido. If you're lucky, Hokkaido can be beautiful and serene, but if you're unlucky then you're stuck in the rain for a week with nothing else around you.

Cycling is easy when you have a clear goal. Getting to Wakkanai was my primary goal, so as long as I had that, I was able to go on. After that, getting back to Sapporo in three days became the primary goal, which was an unavoidable thing once I'd committed to it. But after Sapporo I began to realize that I had a great deal of choices available to me, now that I was back in the world of convenience. While I had planned to cycle back to Tokyo, the thought of that had been a casual, 'take-it-easy' thought, not an "I must do this or else I have failed" thought. It lasted for a couple of days but when the rain came in I just couldn't see any reason to continue. No more primary goal left.

The moments of suffering, at the moment of experiencing it, are the things you think you'll remember and that will make you hate cycling. But the truth is, after they're over, they just fade away from your mind immediately. Days where everything comes easy aren't always memorable either. It seems to be a combination of suffering and enjoyment that triggers the memory to store it and remember it in the long term. But it's not those specific memories that define you, it's the trip as a whole that counts.

Social momentum: while being in Atsugi I enjoyed a few days of meeting up with people for lunch or dinner, which just happened so naturally and comfortably that it reminded me of 5 years ago. Back then it was always easy to find someone to hang out with, and always a good place around to go to.I remember the periods of social momentum I had then, when day after day, week after week, we'd hang out together and do stuff without it ever getting too much. But these periods of social activity always end after a while, sometimes because people are busy or move away, and sometimes because I'm an introvert and reached my interaction limits. It seems that as I get older, there's simply less of these occasions in total. Such is life, I guess. 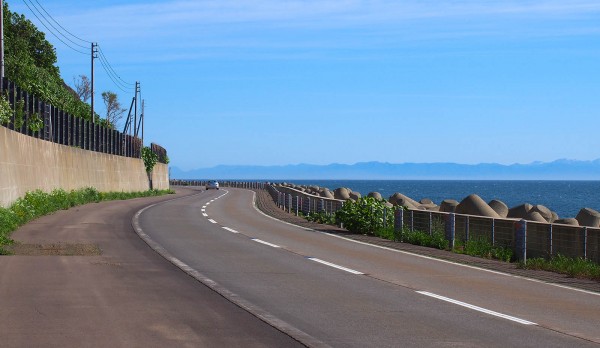