Today I went cycling (nothing surprising there). I started with the idea of going some place new, which is quite difficult after living in the same place for four years. I ended up going east towards Yokohama for quite a bit, on a horrible road with many hills along the way and nothing of interest to see. Just boring shops, cars, restaurants and people. It's the plain boring side of Japan that I like to avoid if at all possible. I changed my direction and continued southward, thinking that Enoshima must be near, but it turned out to be 10km's away, and the road going there was just as crowded and boring as the one I rode on before.

Enoshima is a great reward though. Whenever I'm there I get the feeling that it's just about ten times better than any other place in the Tokyo vicinity. It's lively yet peaceful, lots of cats around, lots of watersports going on, and a beautiful view no matter if you're on the beach looking at the island, or on the island looking in any direction. I walked around on the island for a while, taking a path I hadn't taken before, and I ended up on the other side of the island without climbing the big hill in the middle, something I previously thought was impossible. 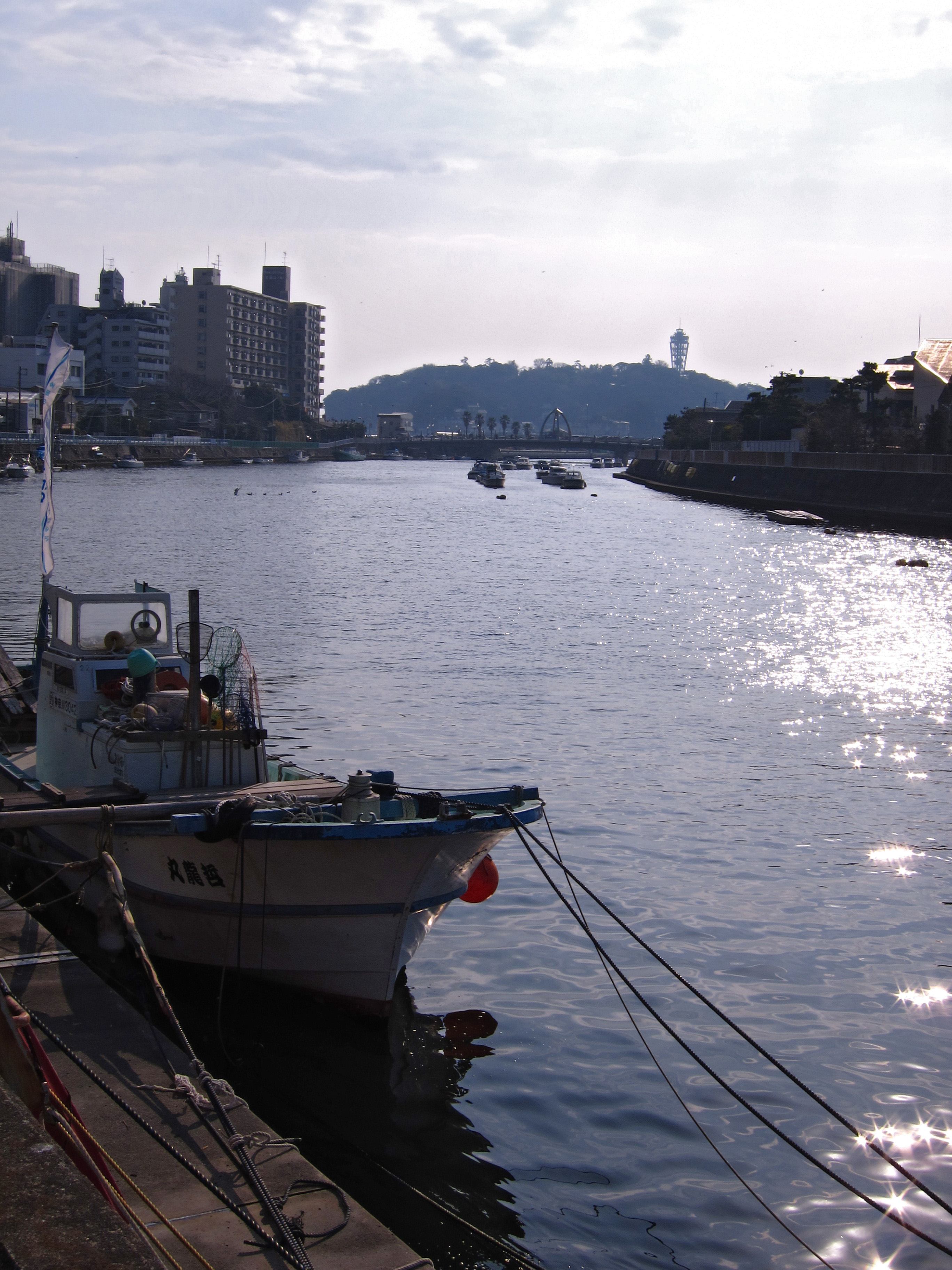 I spent about an hour on the island, walking around, taking photos and relaxing. When I noticed the sun starting to set I prepared to head back. It's still about 25 km's back to Atsugi from there, and it does get cold here in the evening.

I don't know what happened on the way back, but somehow I was able to go way faster than usual, without even trying. The road back to Atsugi is about 12 km's along the seaside, and then another 12 km's inland. The seaside road is straight, flat and without much traffic lights. In front of me was a pro (silly looking) cyclist on a fast bicycle, whereas I was in half-touring mode, front luggage holder mounted, side bag, heavy coat on because of the cold, yet at every traffic light I caught up with the pro guy. Must have looked quite funny to the cars passing us by. I'd say normally I do about 20kph on the straight between Atsugi and the seaside, but this time I was consistently able to do 30kph on the seaside road, and 25-28kph on the inland road. Perhaps my training is paying off...

...or maybe not. During the final stretch of the trip I found my legs not hurting at all, but my arms really started to hurt. I should train those more. Arriving at home (and after climbing 5 flights of stairs) I noticed my legs.. I think I pushed myself a bit far cause I couldn't really calm down even an hour after sitting at my desk. Kinda weird considering that I didn't feel any special strain on my body during cycling. Guess I should be more careful. Well, I'll close this post with this panorama photo (clickable!).

(Note: all photos were taken with my Canon S90 compact. I left the big cam at home this time.)