I added a Javascript image gallery using jcarousel. I'm not entirely happy with the CSS, but it works, and that's what matters to me. Here it is.

The CSS is not cooperating well here. I'd rather have a dynamic height, but I need to spend some time on that to get it to work.

These are the photos of the coldest day of the cycling trip I did last year. The location is the west side of Mount Fuji. It was one snowy, icy trip all the way down to sea level from ~1000 meters up. A day I will probably never forget :) 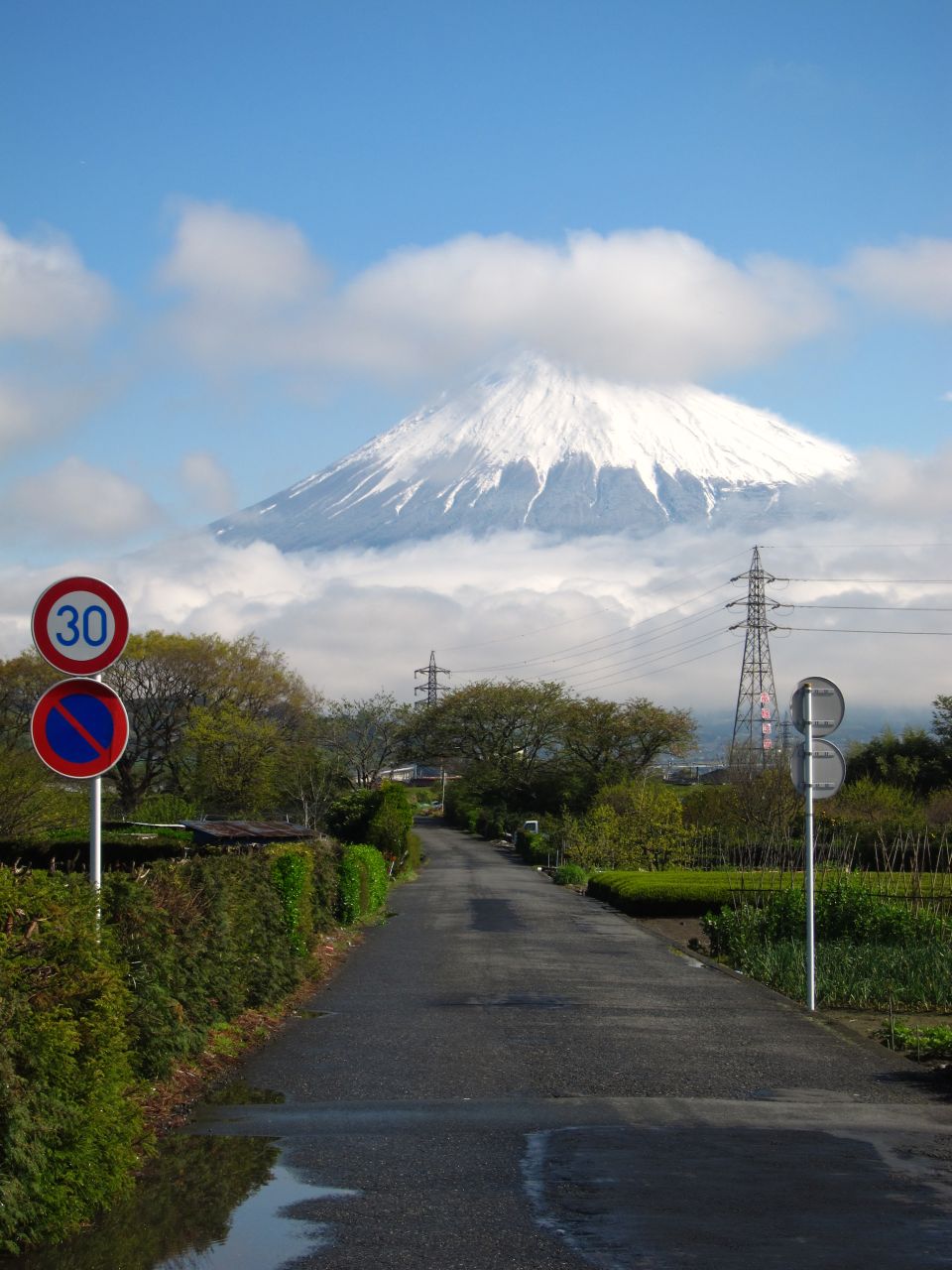 Fuji in the morning 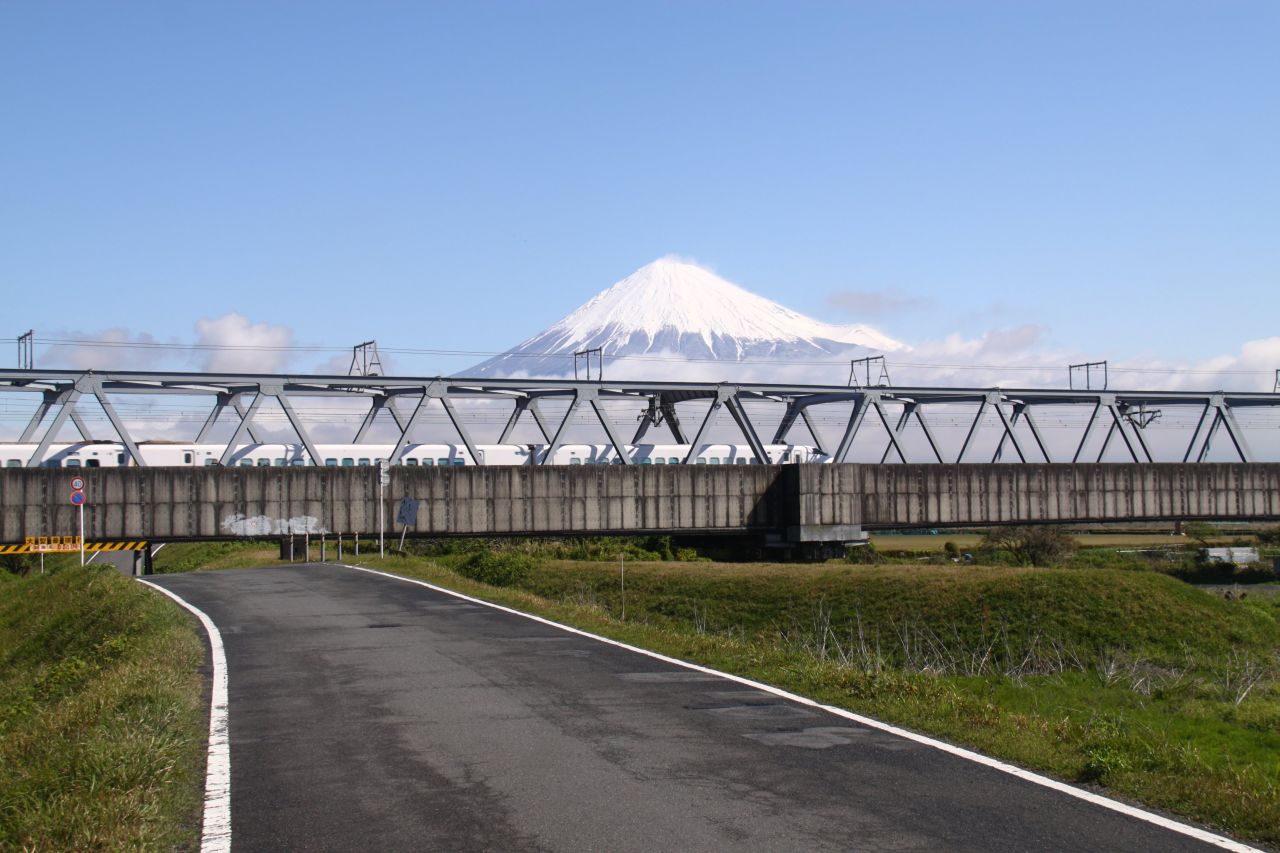 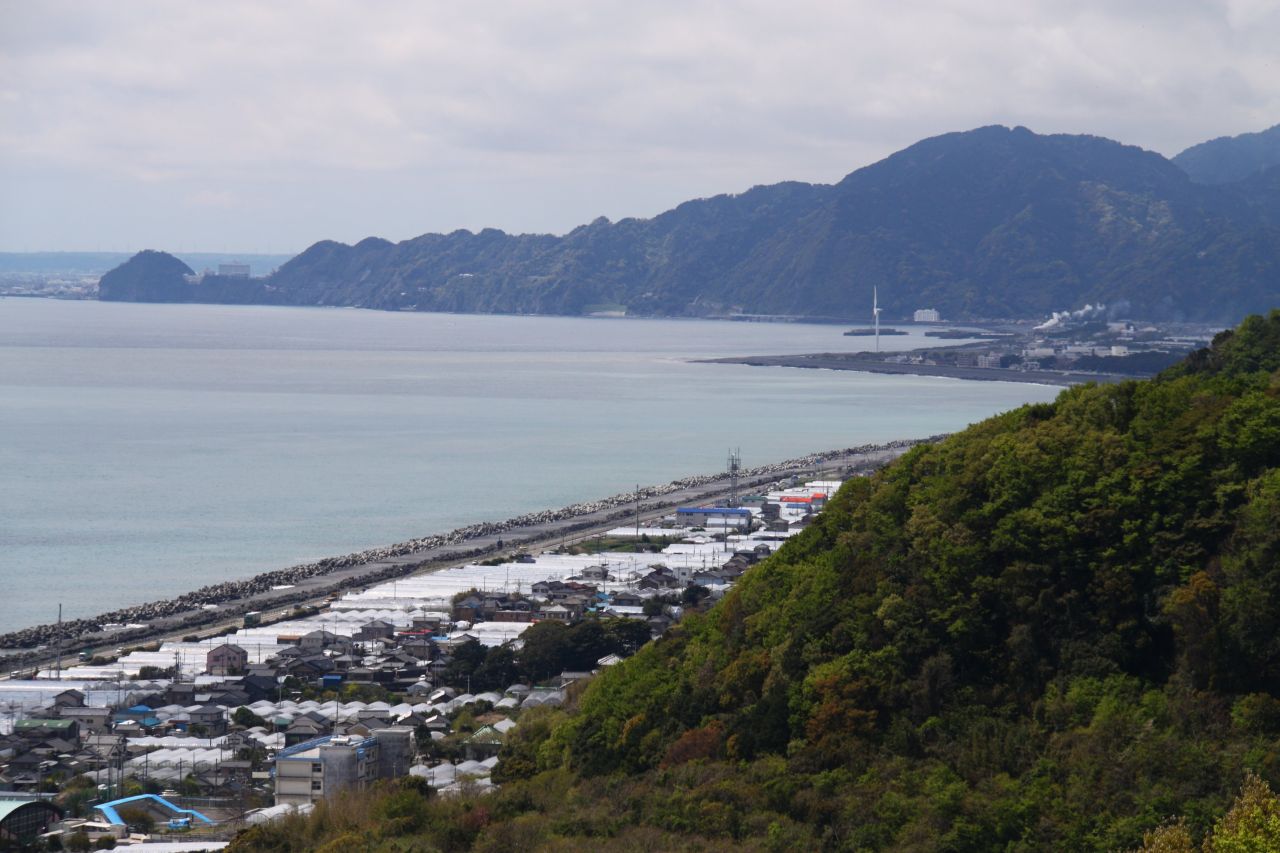 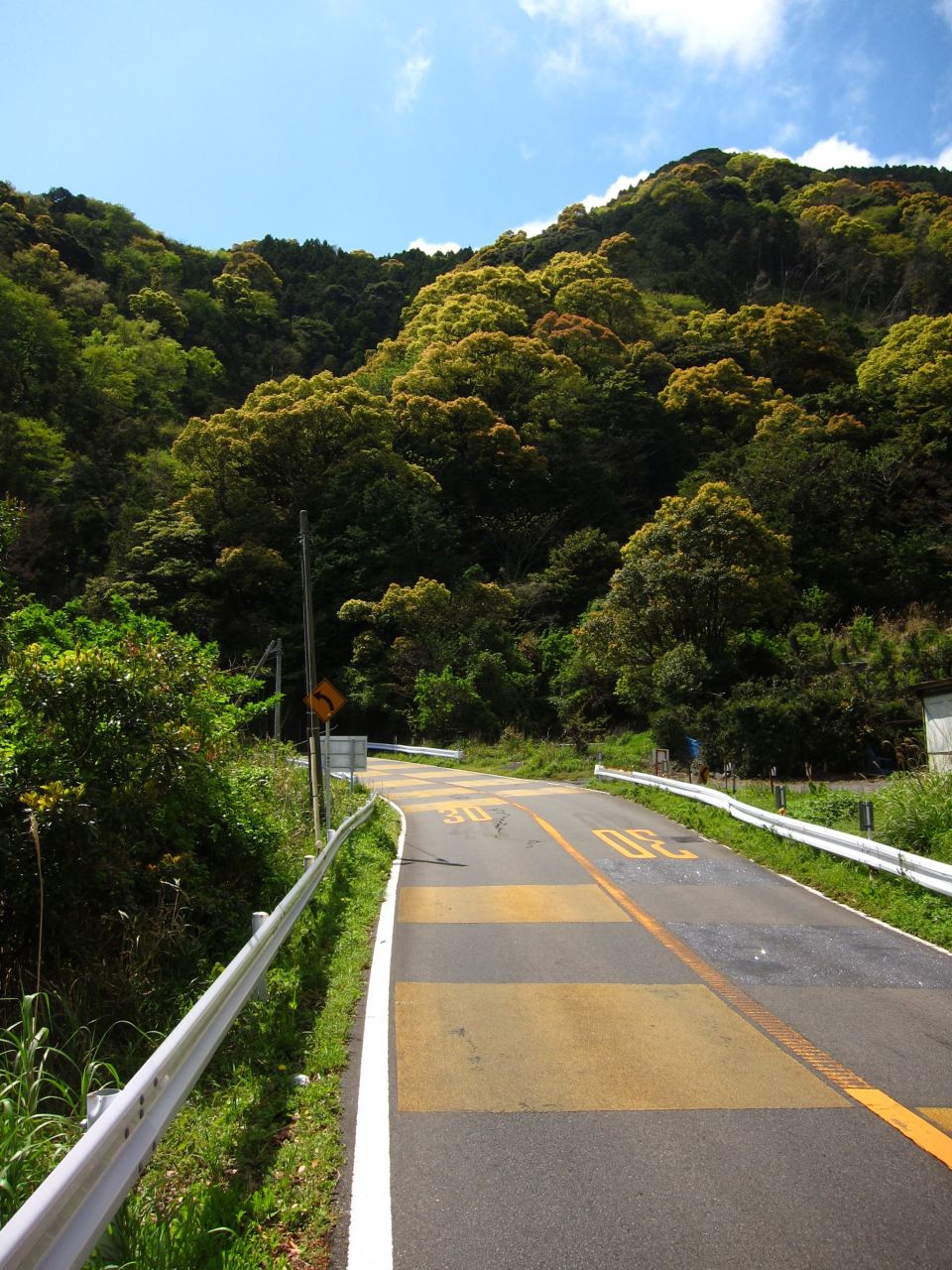 Uphill climbs are sometimes worth it 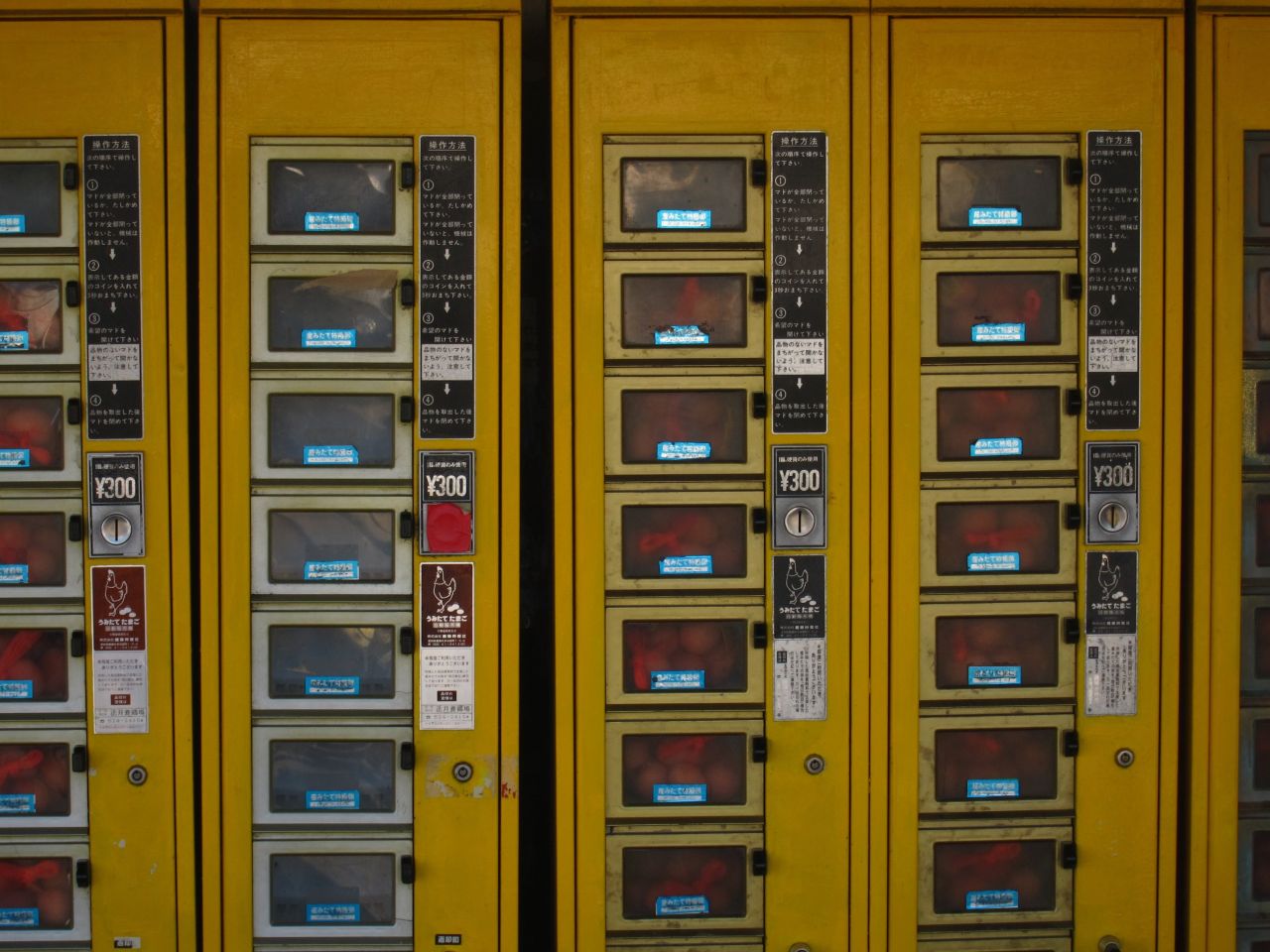 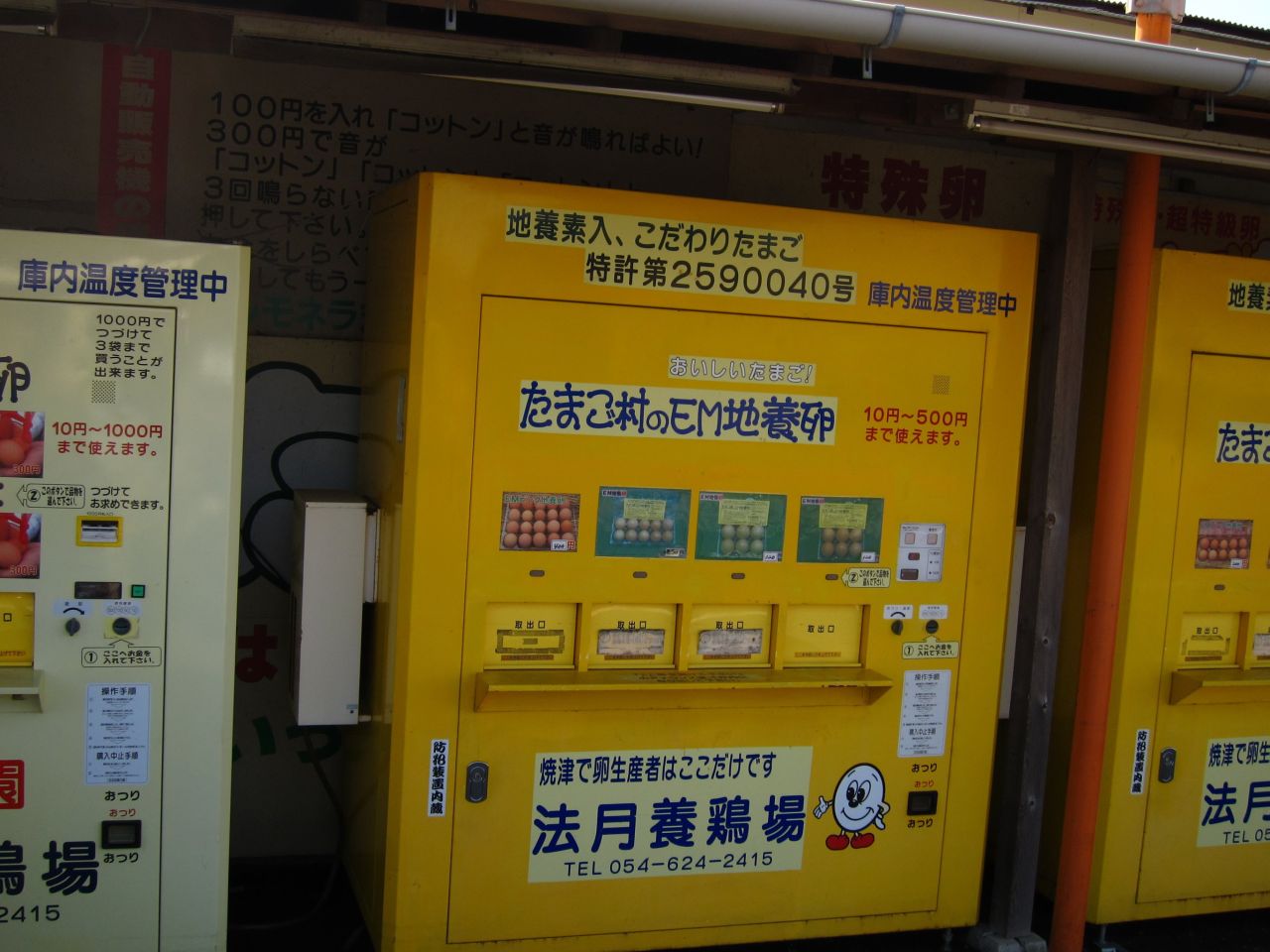 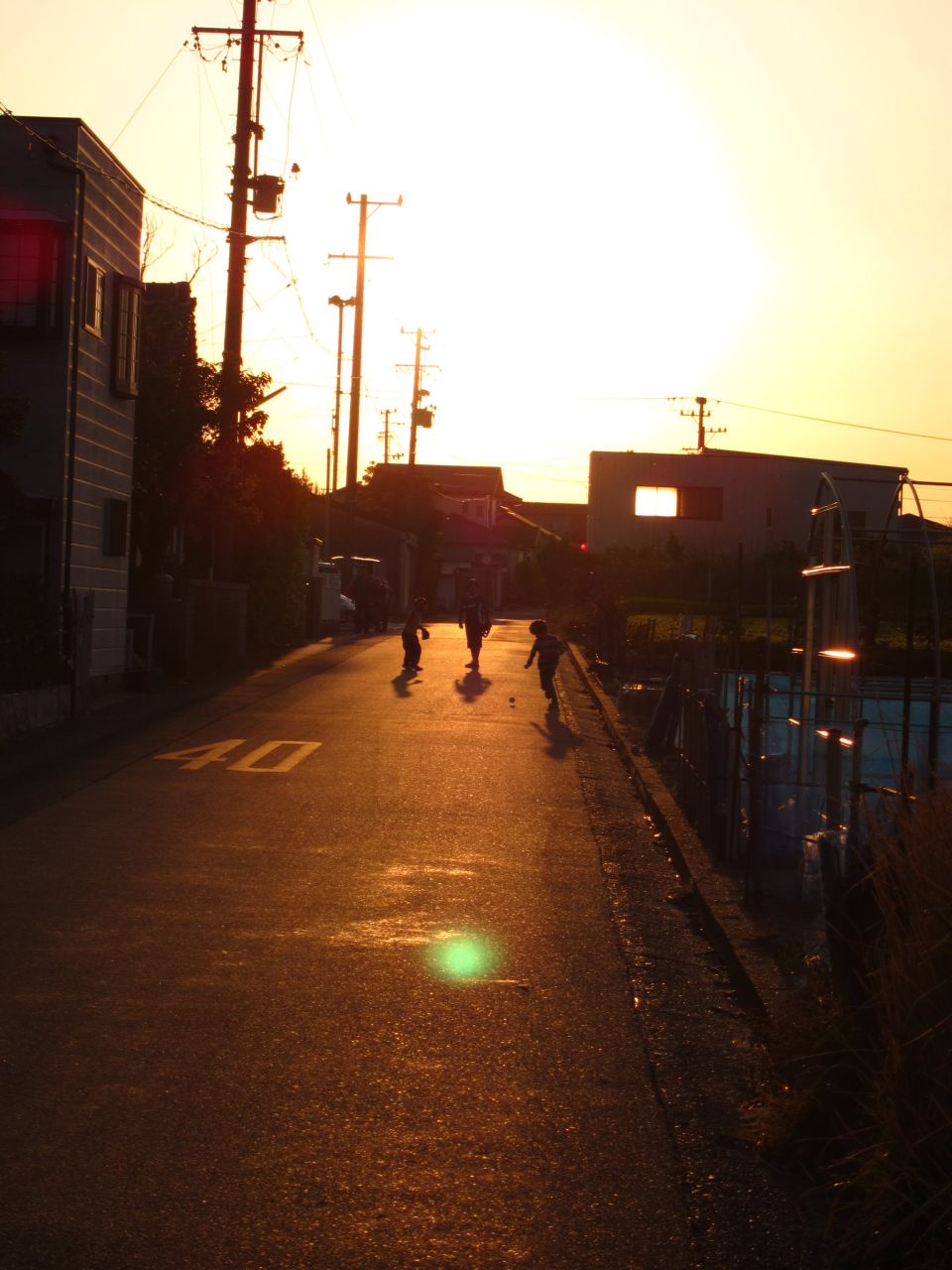 Children playing while the sun sets 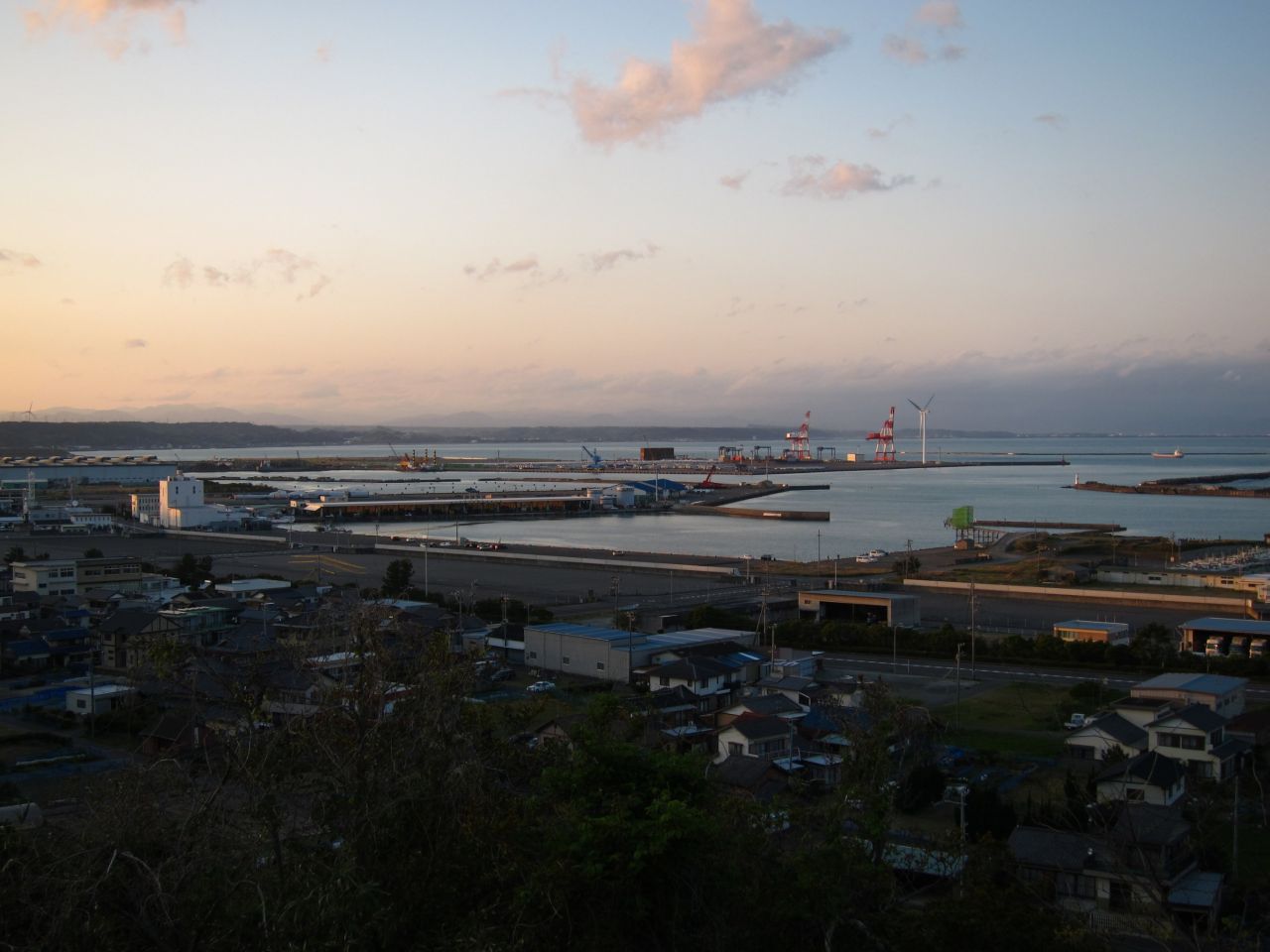 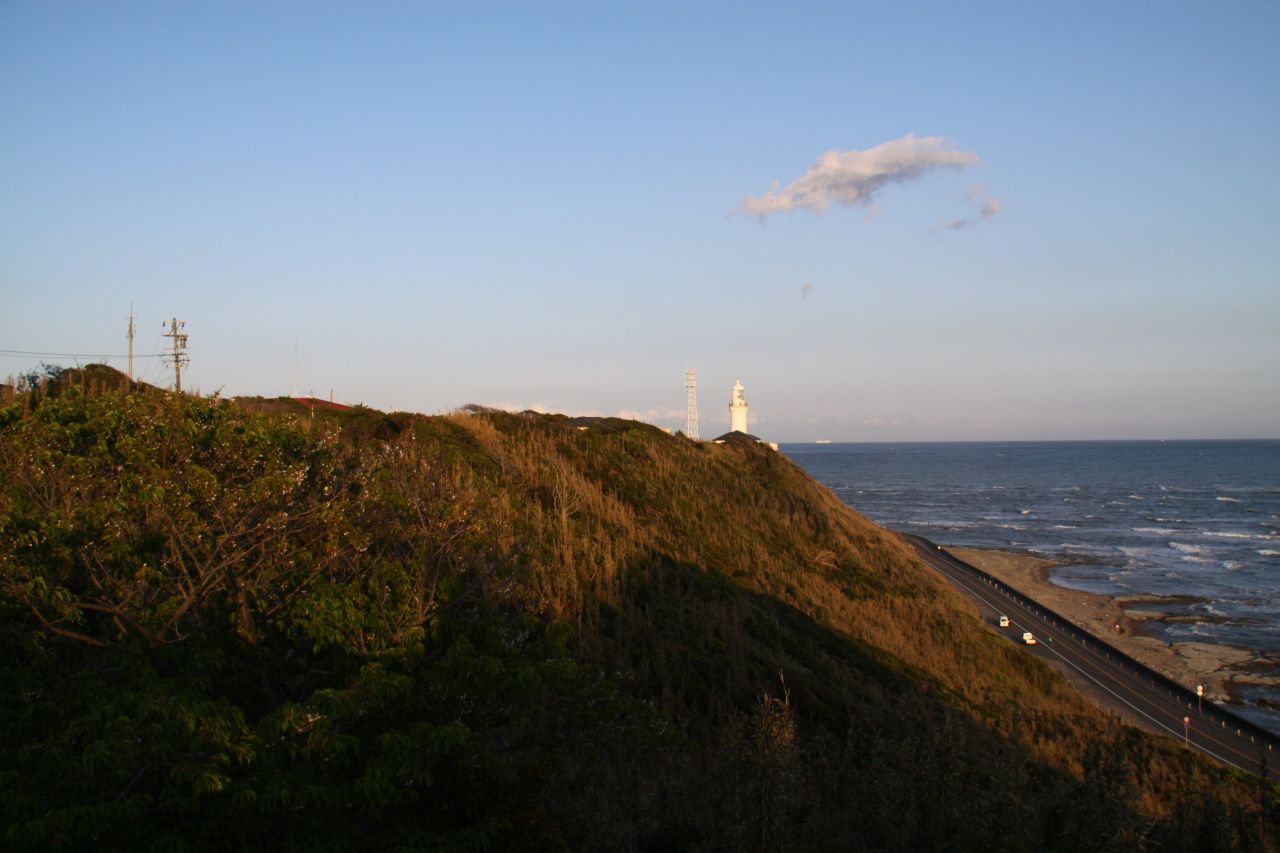 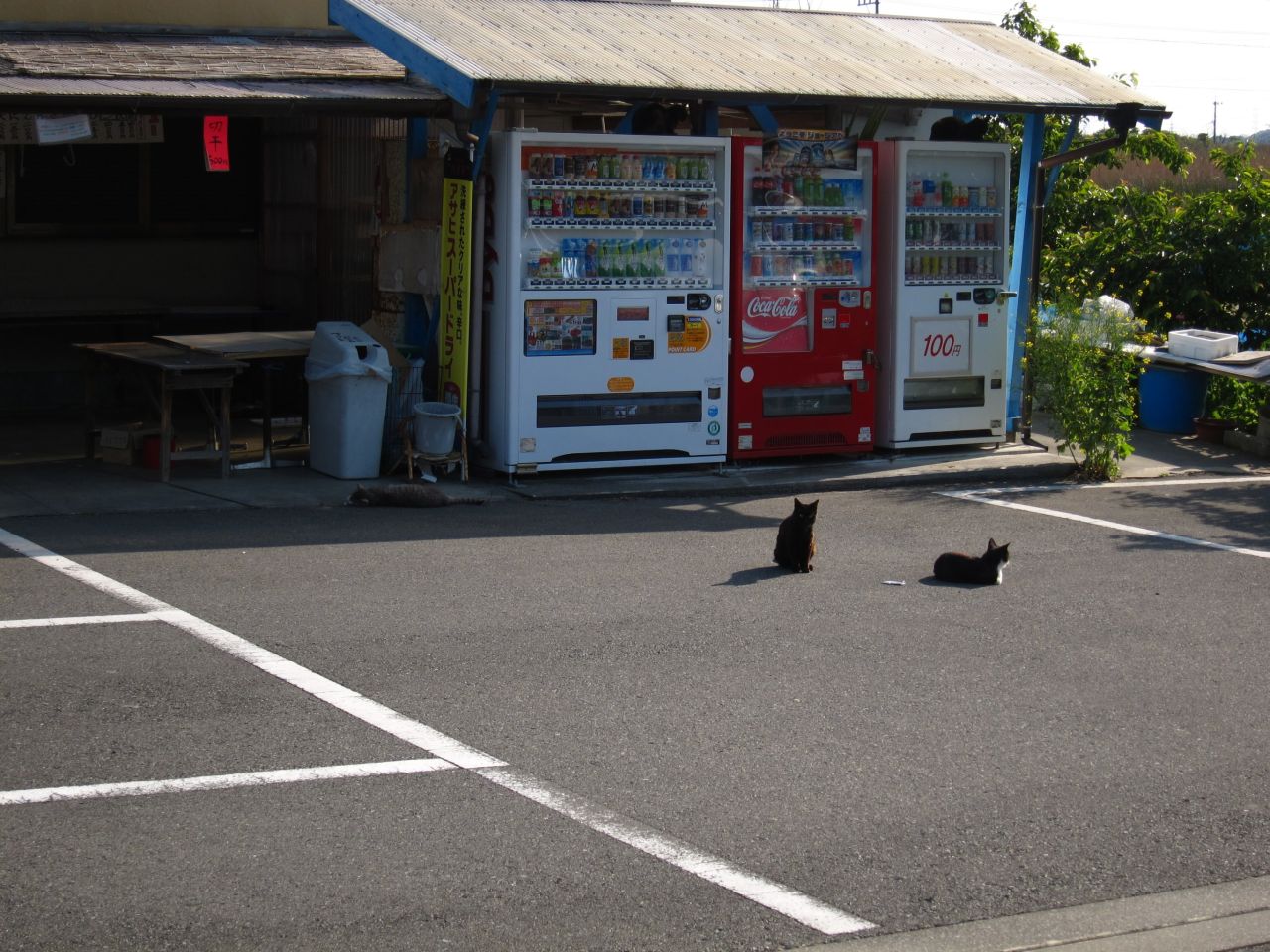 About 10 cats around here. How many in this photo? 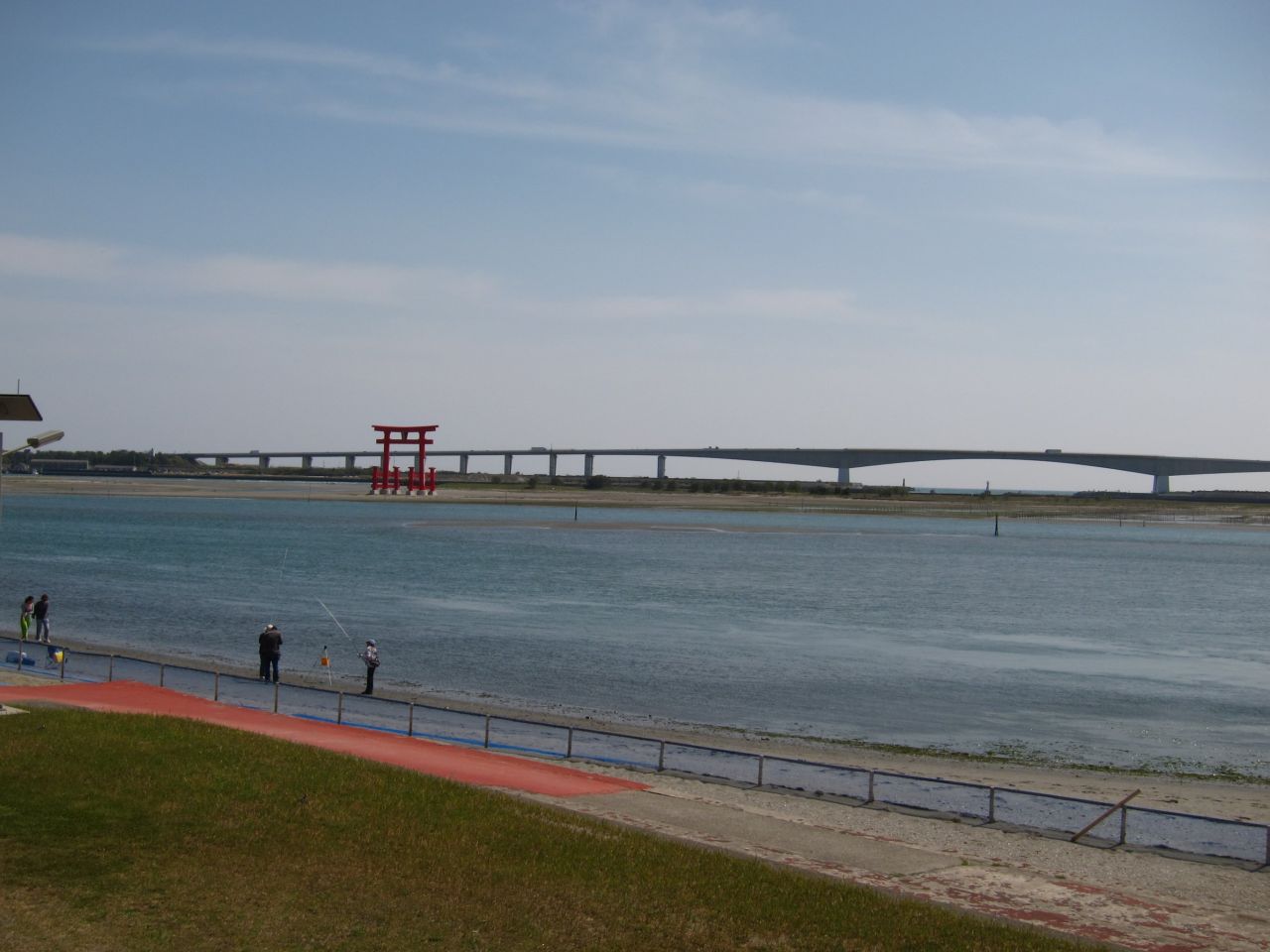 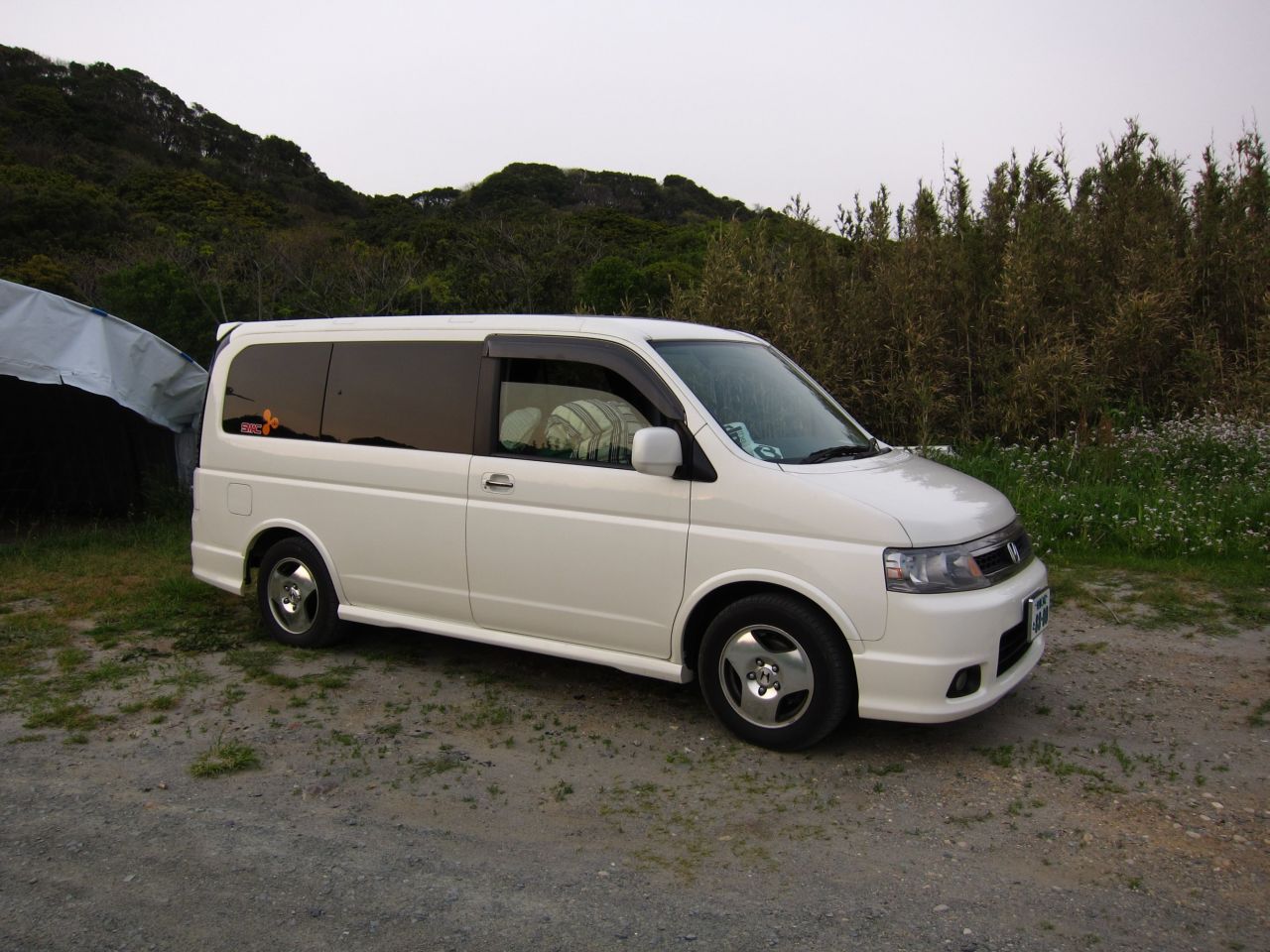 Spot the sleeping person. He didn't wake up for at least 3 hours. 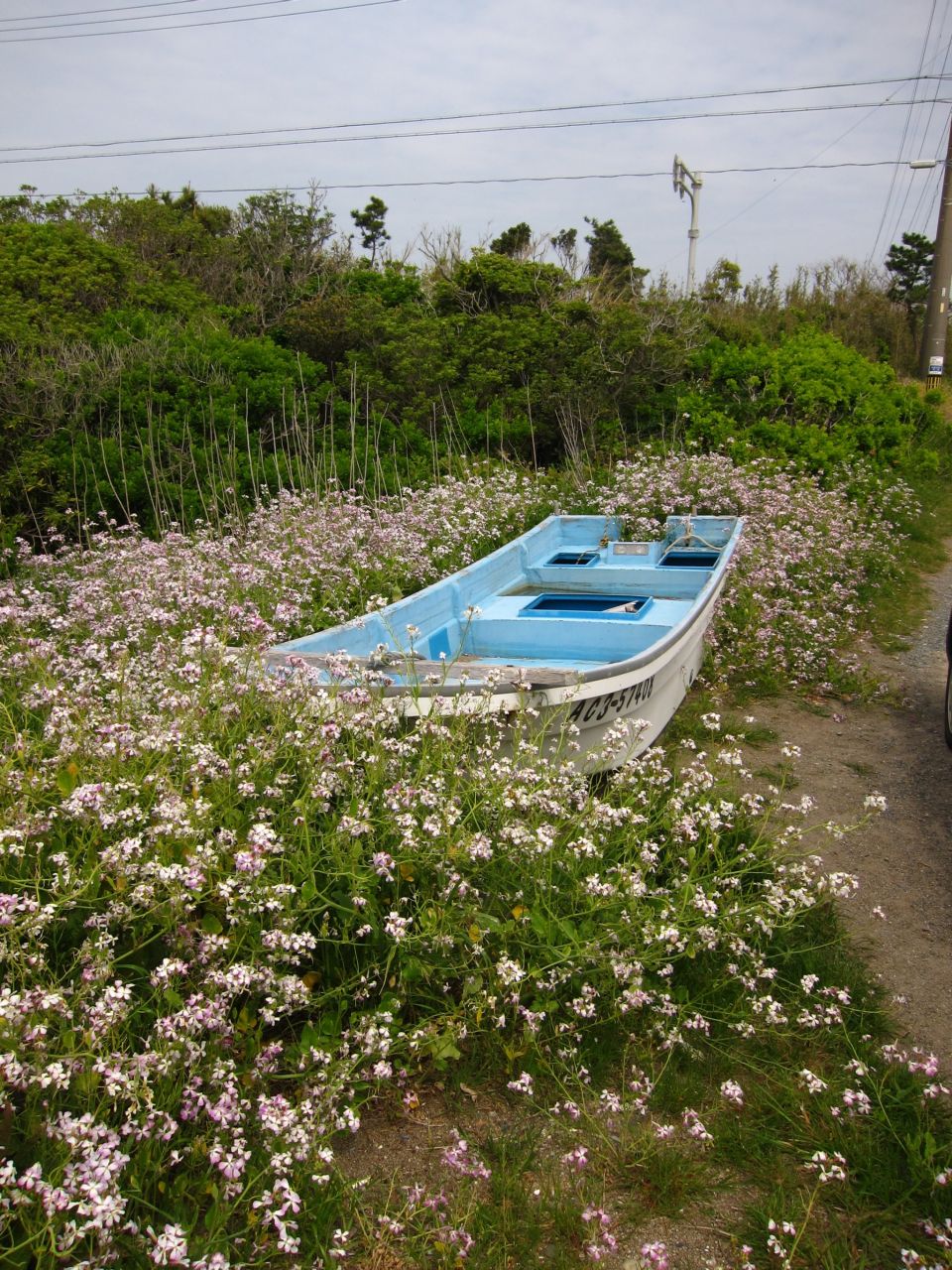 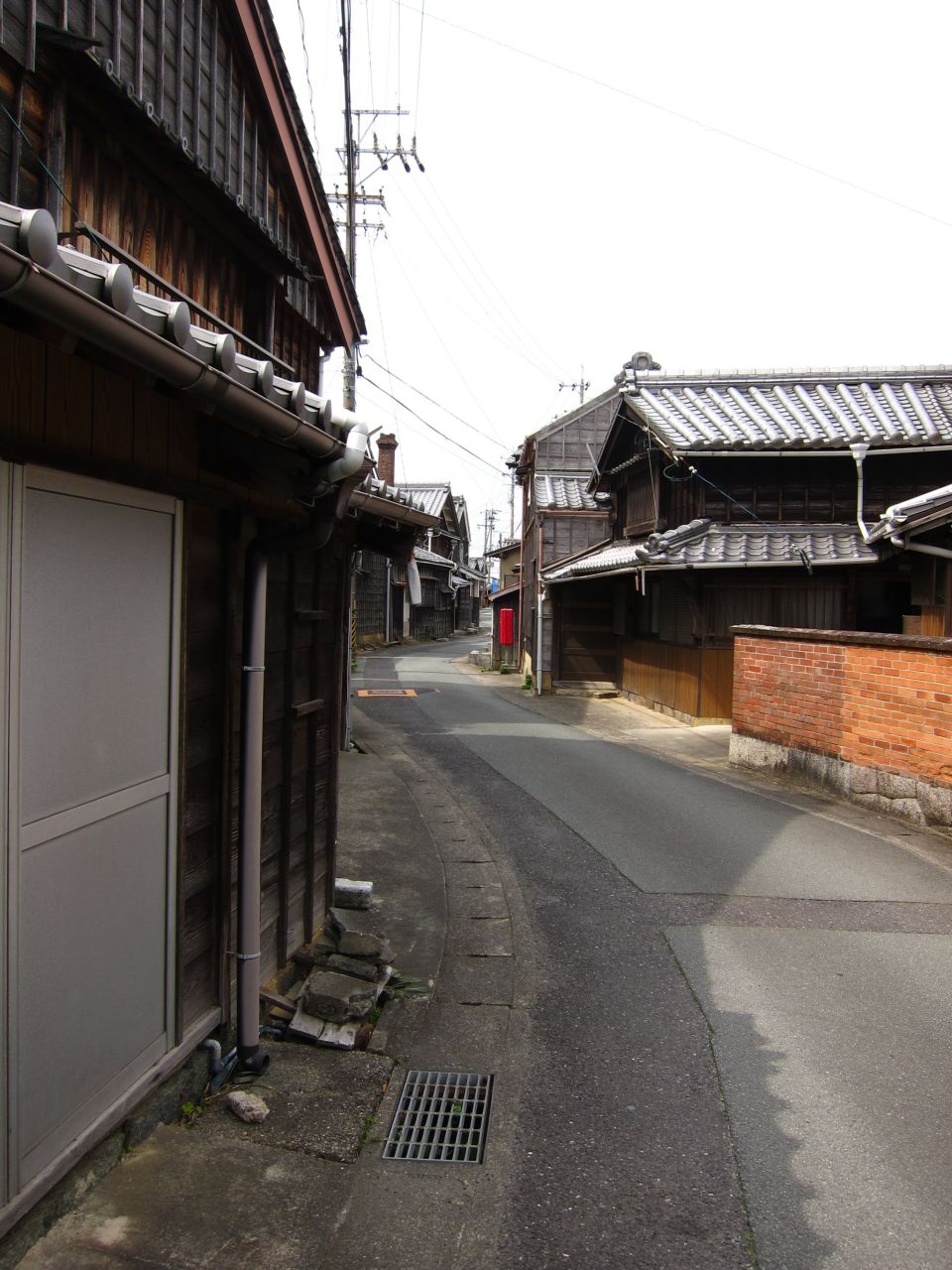 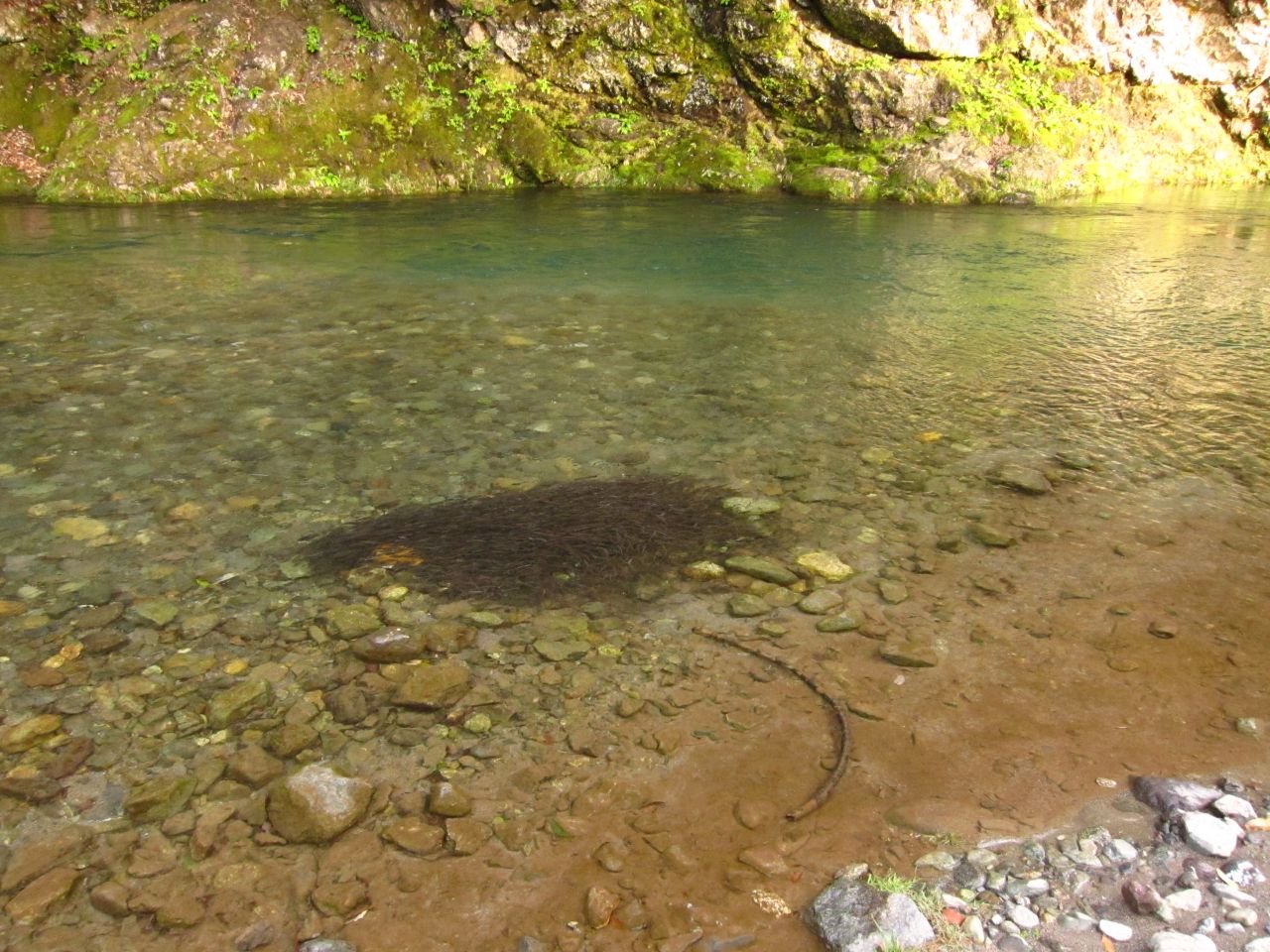 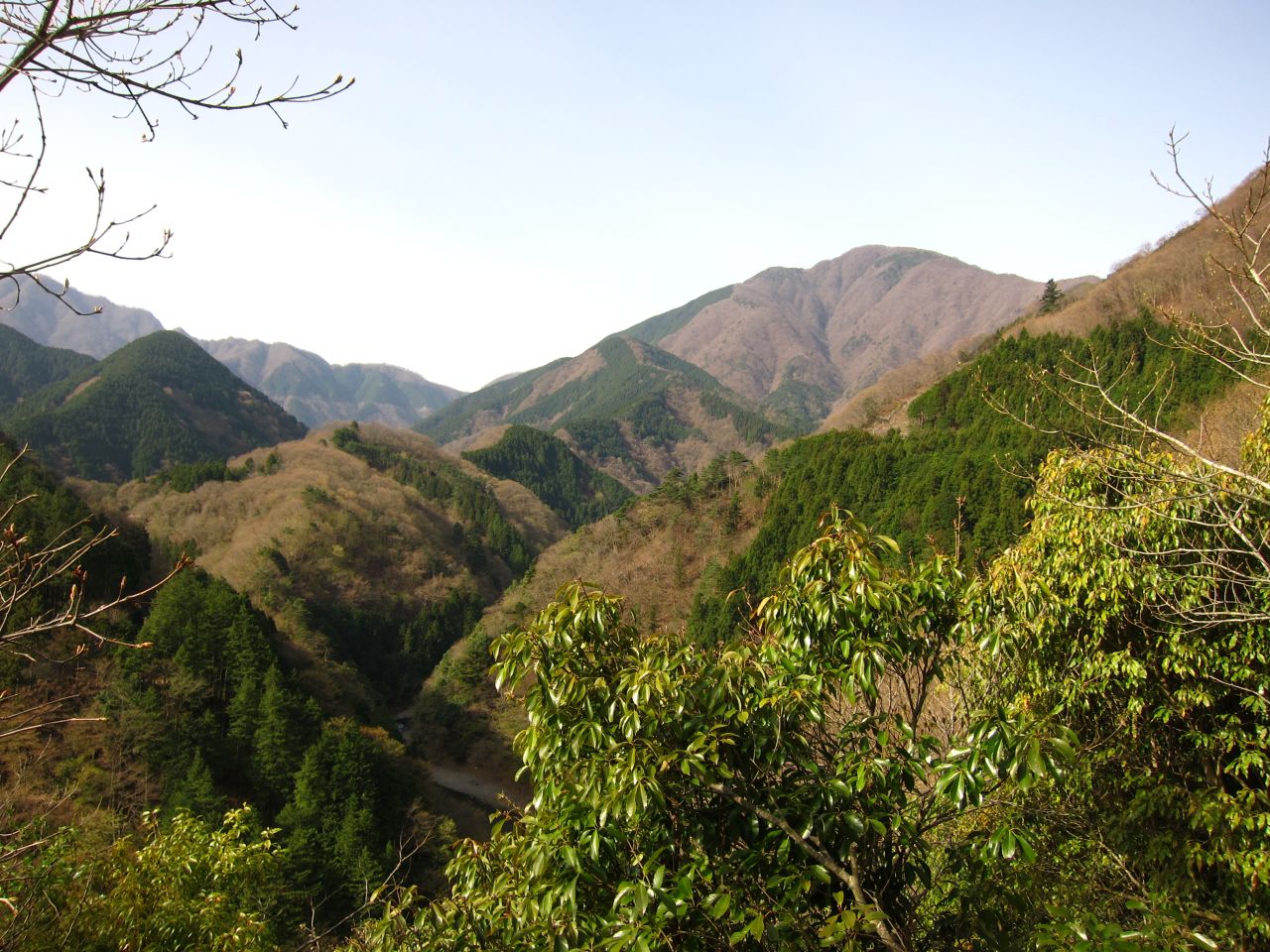 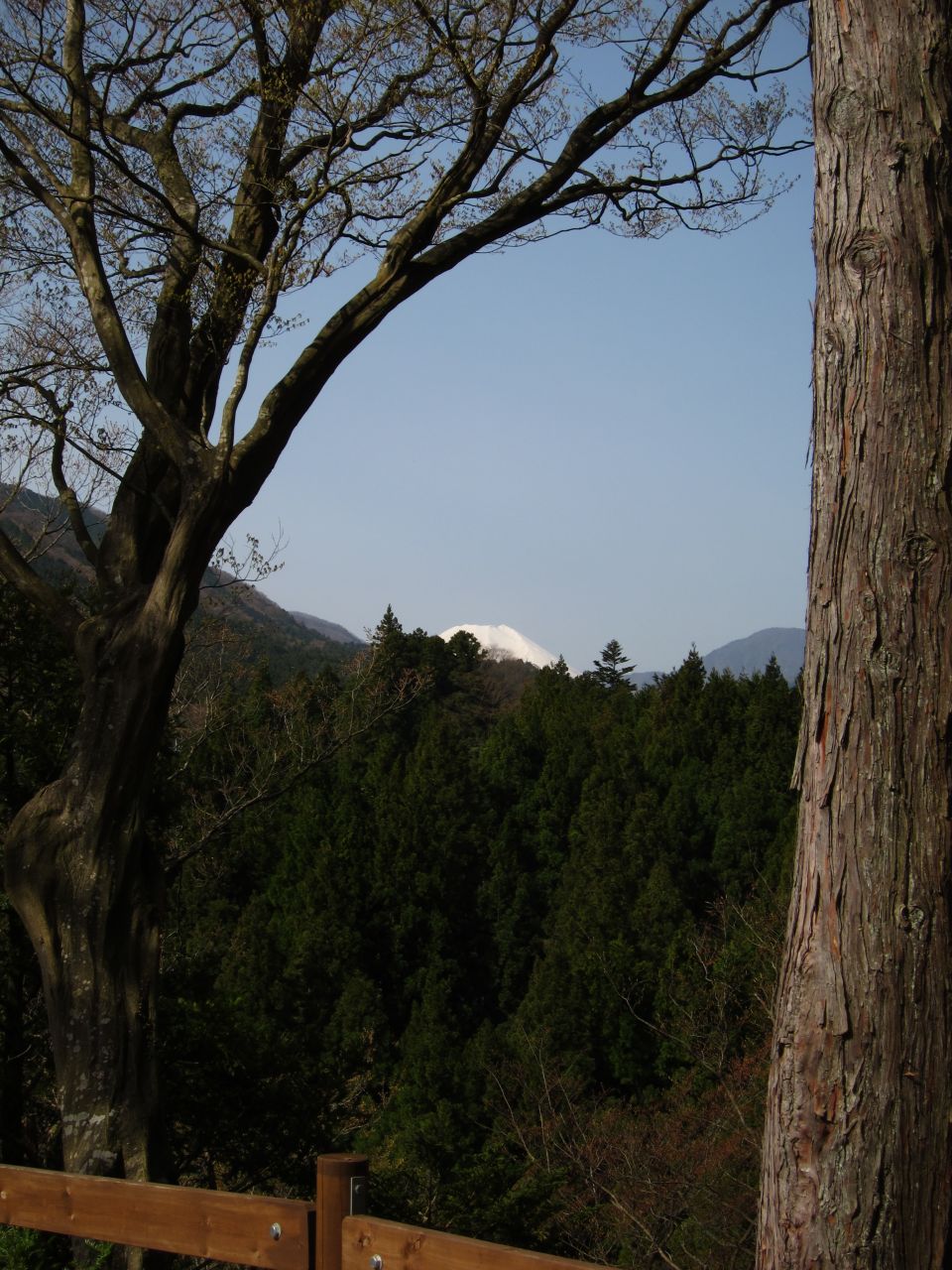 My first glimpse of mount Fuji! 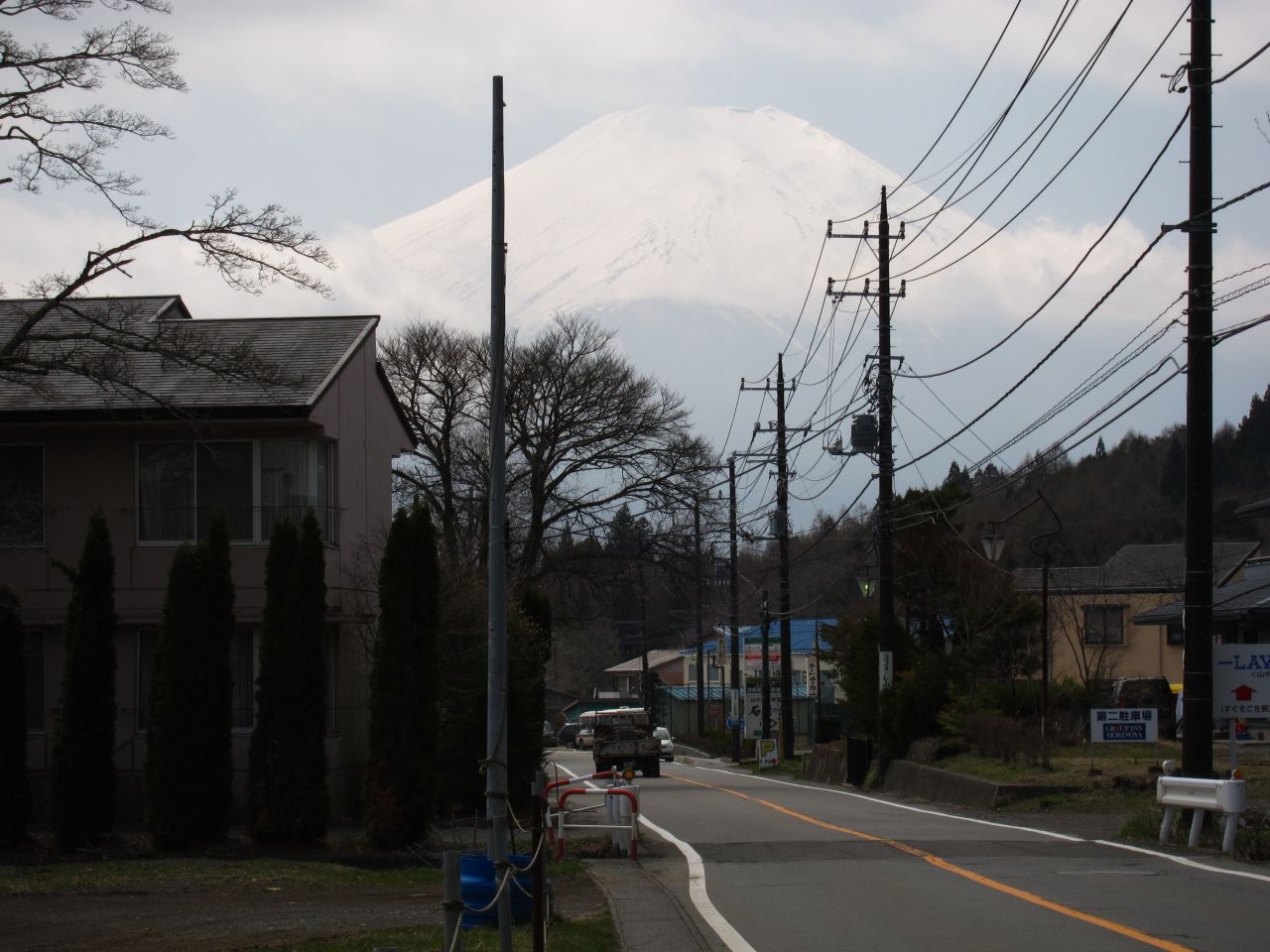 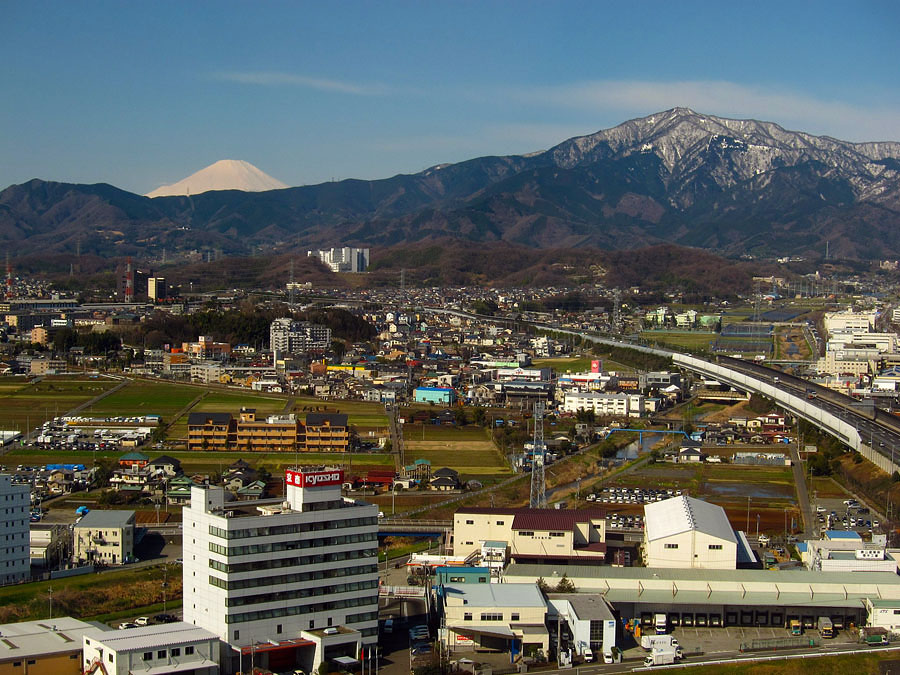 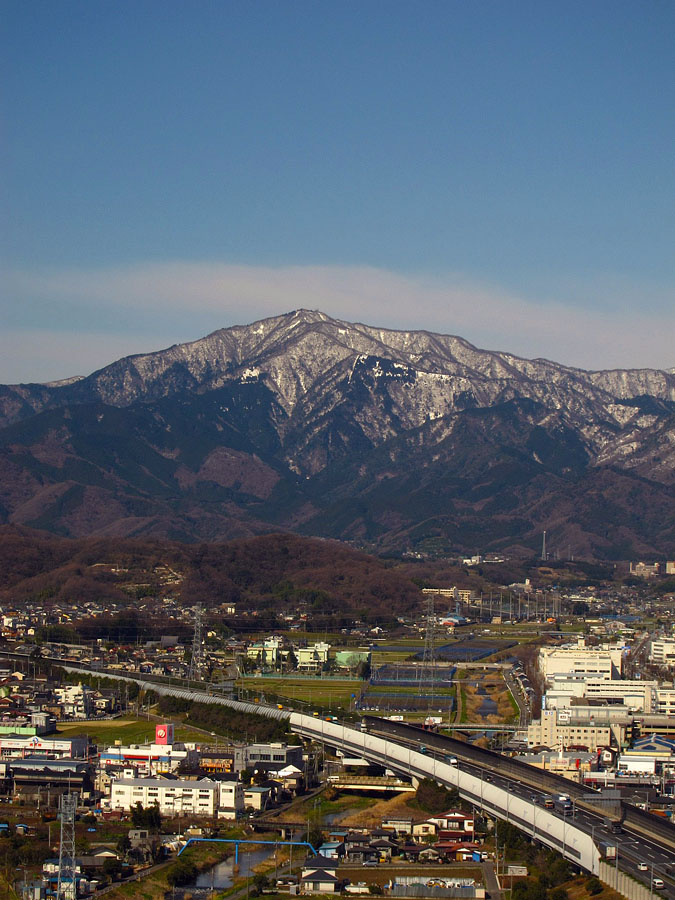 Definitely going to miss it...

Trip preparation... perhaps not so good. I found a blog called fatcyclist.com, which is a great read. While laughing at his stories I realized that he's in way better shape than I am...

Throwing reality out of the window for a minute, I've been thinking (fantasizing) a lot about the start of my trip. What would be the best way to get the hell out of here? Go by the places I like the most and reflect, while smoking a pipe and drinking whisky? Perhaps not. Seriously though, there's only one good way to go west from Kanagawa, and I'm not taking it. Sane people will take the road south and hug the shoreline all the way to Nagoya, with perhaps a small exception to skip Izu. I've decided on a different path though. Behold. 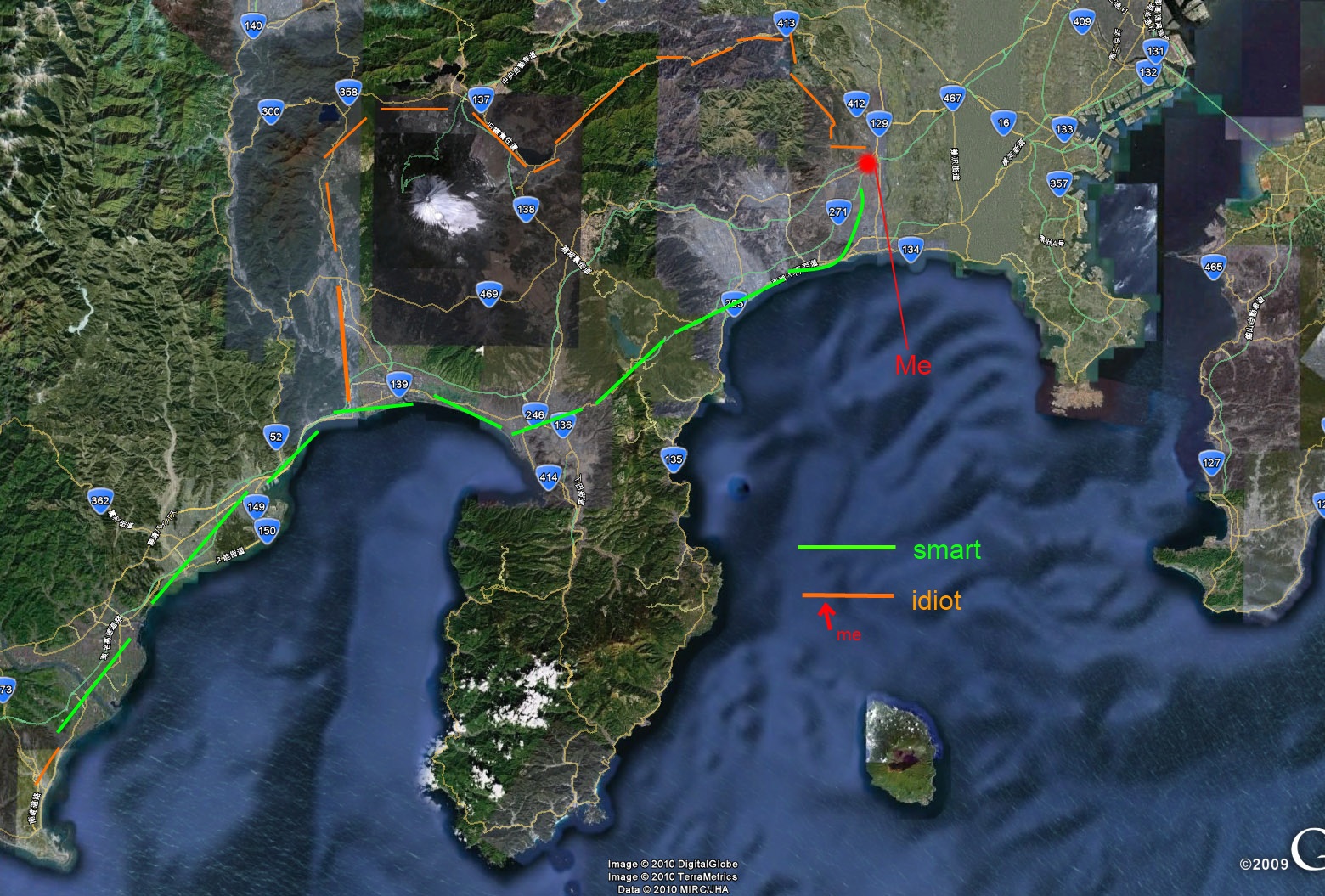 That's right. I intend to cycle to the Fuji five lakes area by going north from Atsugi, taking the route towards the lake that I often go to. This time though, the climb towards the lake is only one fourth of the total climb, and this time I'll be carrying a bunch of luggage as well. Did I mention that the road is not a simple incline, but actually goes up, then down again, then up again... ? The first part might actually be the most difficult part of the trip.

Today, looking out my window, I admired Mount Fuji in the distance, very clearly visible today. The view is always the same: to my left, the AXT tower, where I work, right in front of me a very ugly square white building. The, further in the distance is the mountain range that starts out low on the left side, and eventually becomes OoYama (BigMountain) on the right. Fuji is behind those mountains, right in the middle of my view. I was thinking today that I could probably get a great view of Fuji if I cycled up that mountain ridge that's not too far away, then I could finally see the full Fuji. After all, how hard can it be to climb a couple of low mountains by bicycle, right? Right.

I set off towards OoYama after finding a 'hidden' path on Google Earth, that branches off from the main OoYama road just before reaching the end. From there, I should be able to climb a small bit and get a good view. I've cycled up towards OoYama twice before, with a crappy bicycle. It's about a 300 meters climb, and the two times that I tried it with my old bicycle I was completely wasted and could barely make it to the top. This, however, was three years ago, and I've improved my fitness level a lot since then. Besides that, I got a nice bicycle now, with a lot of gears and full tyres. This time I should be able to do the climb easily.

It didn't take long before I arrived at the start of the mountain pass, and I started on the uphill. Following the sign that says OoYama, I climbed a lot, only to find that the road that I took did not actually go to OoYama. Instead it branched off after a while, went downhill again, and then joined another road that went to OoYama. But that road also did not go to OoYama. Being slightly pissed off and incredibly out of breath, I decided to change my plans. I took a random road up the mountain to see where it went, figuring that there will be some hiking trail in the end that will allow me to hike up the remainder of the mountain.

There was something that could possibly be called a hiking path, if one was so inclined. That would, however, require a lot of imagination or, alternatively, the use of psychotropic substances. The road that I walked up on (the incline was too steep for me to continue cycling) became a dead end, with the only way to go on being a hiking trail that looked like it hadn't been used for decades. The entrance to the trail was blocked by a lot of fences, and the only way through was by a door that was tied to the fence with a rope. To keep wild animals from entering the road, I guess. 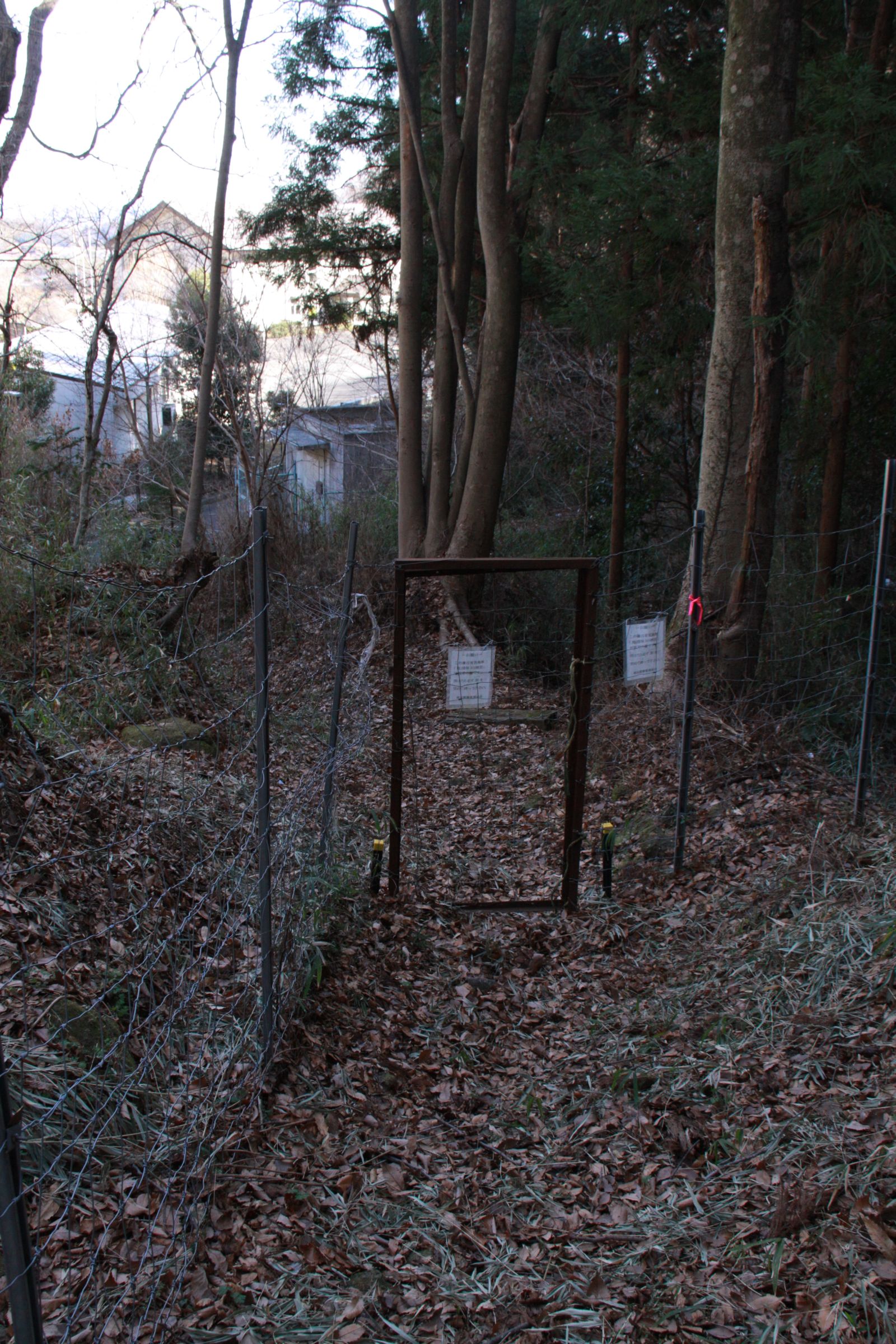 Gateway to hell, taken from the hell-side

Always being the stubborn one, I decided to try the hiking path anyway. Opened the door, tied the door behind me with the rope, and started to climb. 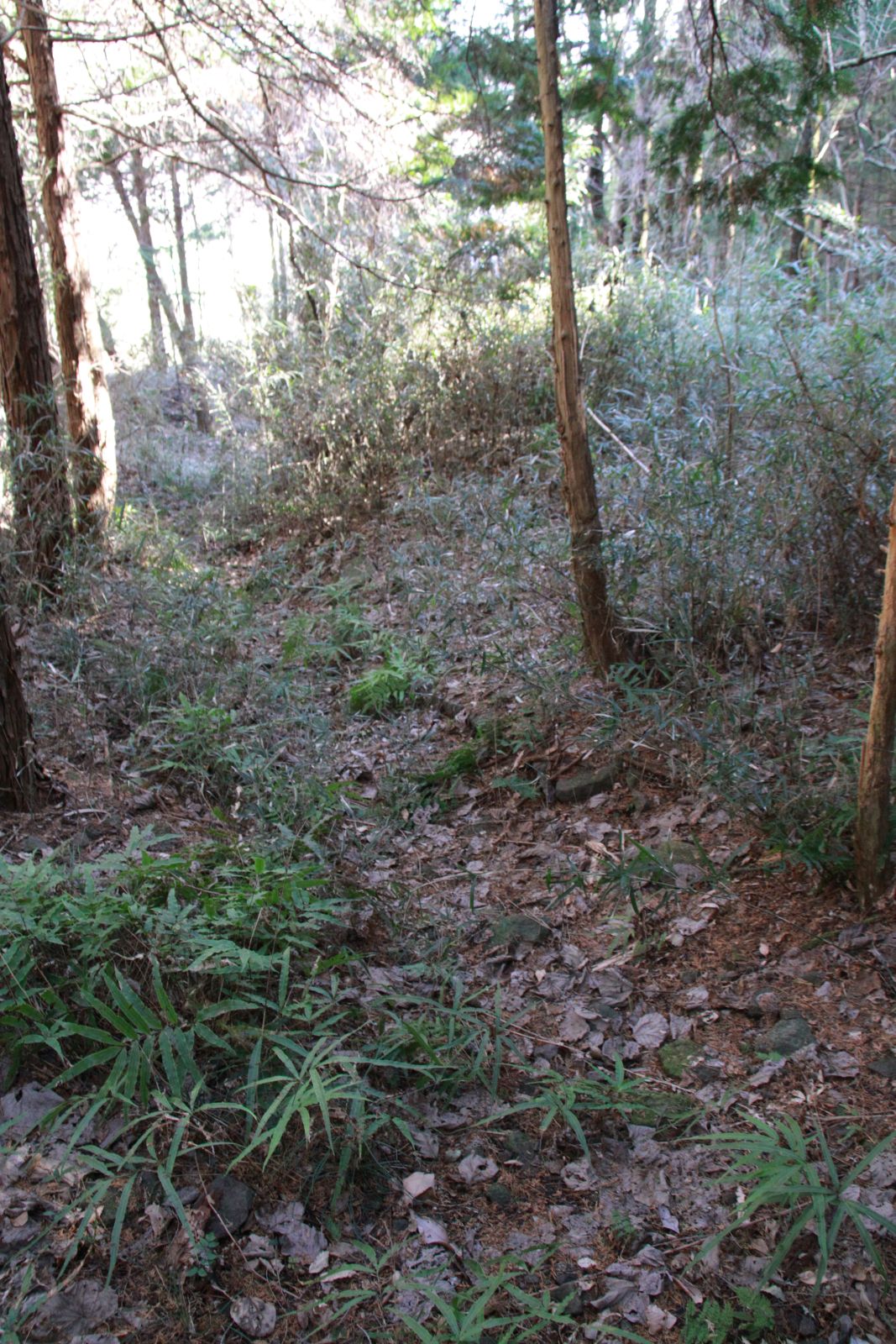 Not a hiking trail

I didn't get very far. A lot of twigs and bushes ran across what used to be the path, and eventually the path became narrower and narrower, until in front of me was what seemed like the entrance to a dense forest, to the left of me was a high mountain ridge, and to the right of me was a barbed wire fence. Not confident that I would be able to find my way back after entering the unhikeable forest, I turned back. No great view of Fuji this time. 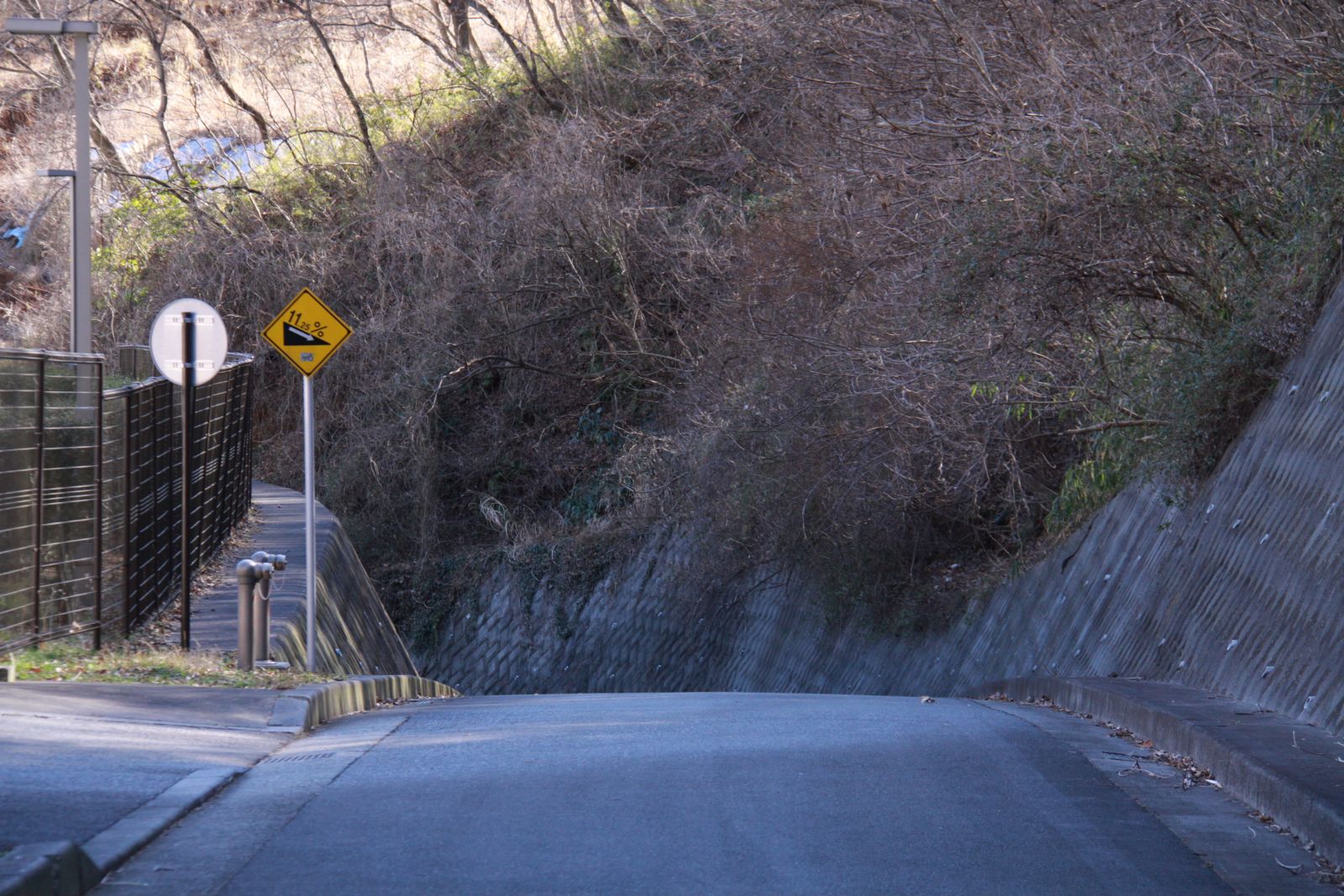 It's only funny in one direction

Getting back on my bicycle, I cycled downhill a bit, scaring the hell out of myself after realizing that my brakes were not really as strong as I thought they were. (Definitely something to fix before setting out on a trip!) After circling some smaller mountains I somehow ended up on the road to OoYama again. I figured 'why not?' and started to pedal, slightly less confident in my stamina than at the start of the trip. My doubts about my stamina were justified, as I soon found myself in lowest gear, my bicycle rattling like a cable car as I went up the hill at 5 kph. My heart racing, I took every opportunity to stop. Besides the road flows a river, and quite frequently there's a bridge across the river for the people who live at the other side. Pretending to be incredibly fit and not tired at all, I stopped at every bridge to admire the great view and act like a tourist. I guess I prefer people thinking of me as a tourist rather than a tired, sweaty gaijin (foreigner). Oh well. 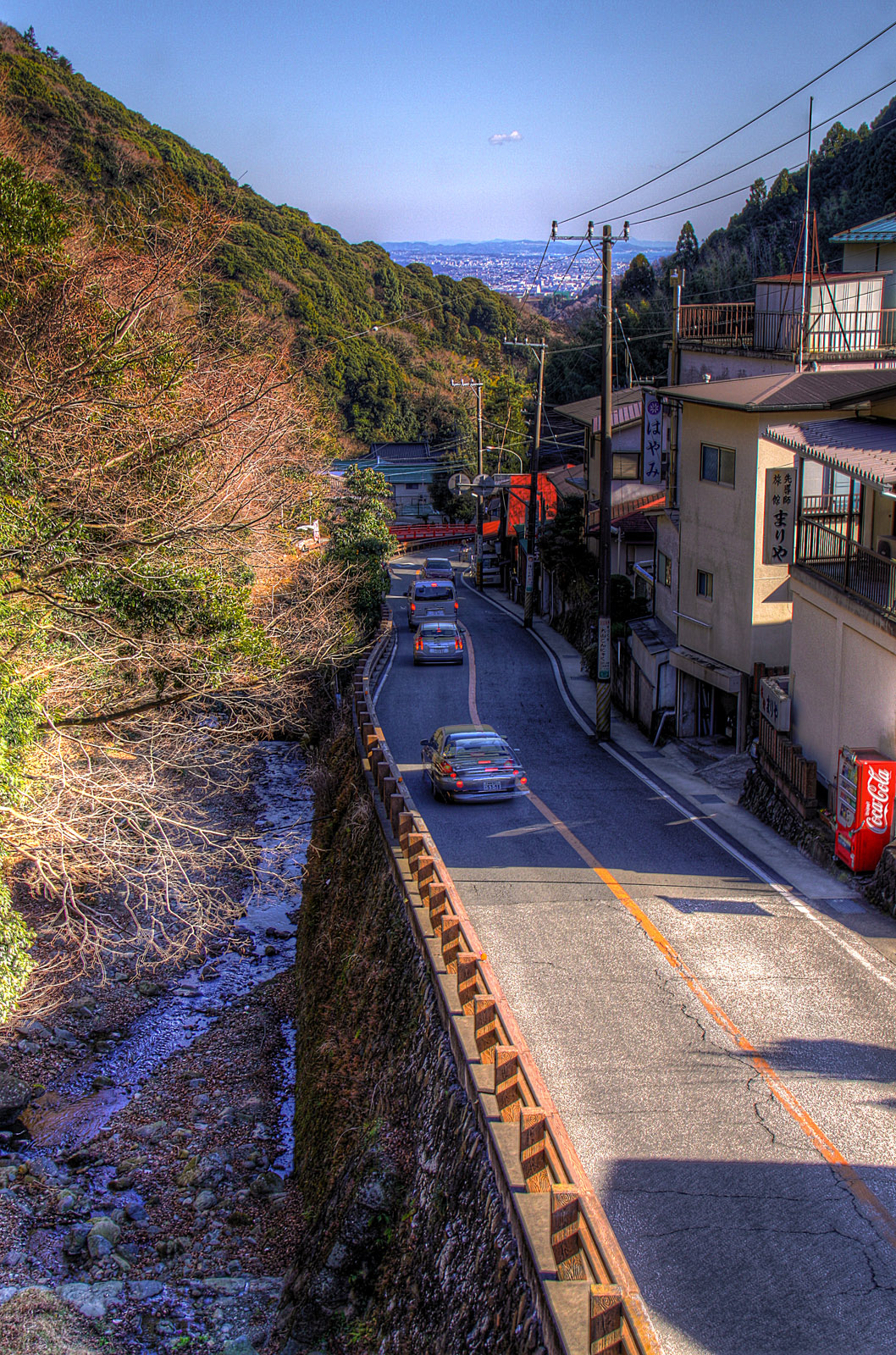 I did make it up eventually, although my detours meant that it was a bit too late to start climbing. The sun still sets early here in winter. I took a short break, and then went back down. Having gotten used to my weaker brakes I went at insane speeds down the hill, enjoying myself greatly. Once back down again, I zigzagged my way towards the riverside and cycled back home. Today's distance: about 25 kilometers. 25 HEAVY kilometers. Still not fit yet...

I did get my view of Fuji though.

I HDRed this photo a bit by duplicating a single photo in Photoshop, creating two copies with exposure +2 and -2, then merging them in Photomatix Pro, letting the plugin do all the work. Here's a comparison of the original vs. the end result.

I can't believe that cycling up the damn hill is still as difficult as it was three years ago! I'm definitely not fit enough. I'll have to work on that..