I'm coming to terms with being here yet another year. It's always hard to see all the interns fly away and end up being the only guy staying. But when I think about leaving I realize how much I'll miss it here. And let's be fair, I looked around a bit, and I'm fairly sure that there is no other job in Japan where I could meet such a variety of people. Or have so much freedom for personal development, for that matter. I like my job. Sometimes I just forget that I really like it here.

This Saturday I went cycling right after the rain stopped. I was planning to just cycle to the seaside and back again real quick, but seeing the sun finally break through after days of rain made me feel adventurous, and I ventured across the bridge to the other side of the river and ended up taking some random roads. After reaching the seaside I went a bit more west than usual and I ended up in the middle of rice fields with a great view of the Shinkansen tracks and the Atsugi mountain range. I cycled on and followed a river for a while, which split up, after a while split up again and eventually led me back to Atsugi. It's great to go out at random and find beautiful places. I've kind of been in the semi-adventurous mode ever since I've seen Into the Wild, but I'm not quite ready to go too far away from my trusty convenience stores just yet.. (Side note: Into the Wild soundtrack is great for cycling!)

After I came back I realized I forgot to buy some stuff, so I went out again to the store, and as I looked eastward I saw the darkest sky that I've ever seen since I've been here. I got to the store and was halfway back when the rain started pouring down, and within 20 seconds I was completely soaked. It's a miracle my mobile phone and wallet survived somehow. Anyway, the rain stopped rather quickly, and I went to Tokyo to watch The Darjeeling Limited in a very tiny movie theater. It was much better than I expected! I can recommend it to most people who know my tastes ;)

On Sunday I went with friends to see Maiko's concert. Maiko plays the violin in a large orchestra that plays mostly classical music. The place was Hadano, on the way to Odawara and the countryside, and only 20 minutes away by train. I'll have to cycle there some time, because it looked quite nice. Very colloquial. 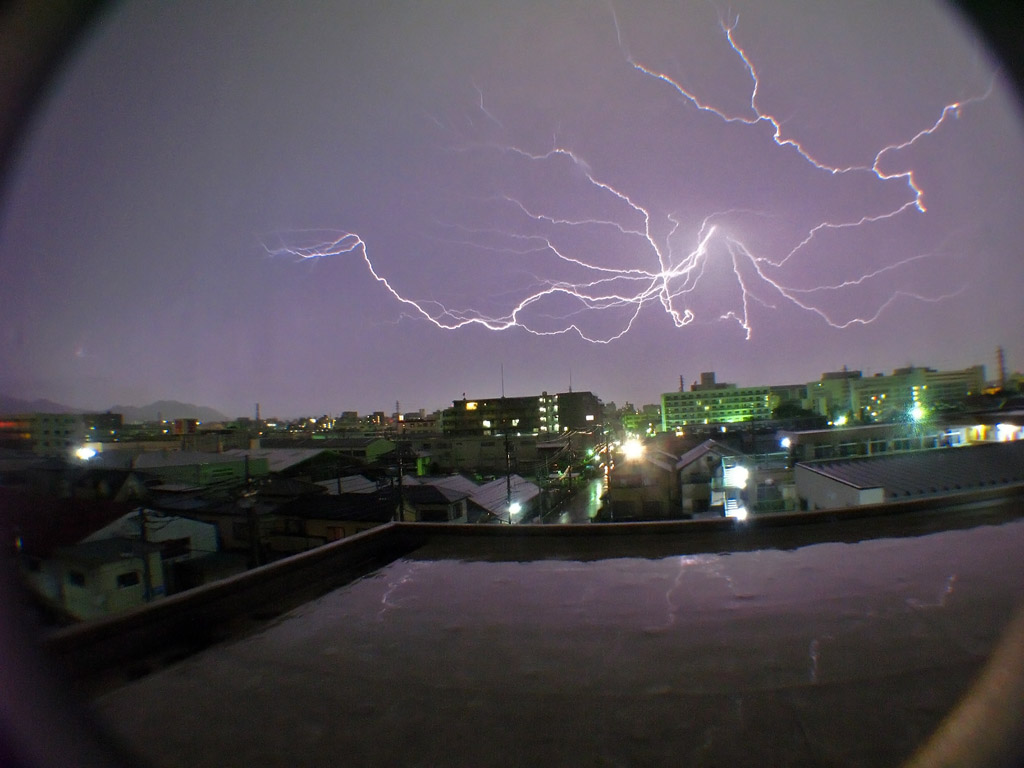 Something completely different: I am completely unsatisfied with wordpress. Blogger was way faster. The speed of wordpress is just unacceptable. I'm considering switching back and going back to the basics. At least I could send pictures from my mobile to blogger. I'm sure wordpress can do it too, but it's too annoying (mendokusai) to find out. Ah, those simple blogger days, when I didn't have to wait five minutes for the 'Write Post' screen to load.....