This morning a package was delivered to my office. Contents: two harddisks and an external raid case. Nice! Ordered on Wednesday evening, delivered Friday morning. さすが日本の宅急便！

After screwing in the harddrives and connecting it to the PC I came to a nasty realization: I have no idea whether or not this thing is working or not! All I see is one harddrive, which could either mean that the mirroring is working or that one of the harddrives is not working >_<;   So I disconnected one of the disks on purpose to see what would happen, and as expected an error light turned on :D End of the story: the damn thing is now rebuilding 1.5TB of data which means that it'll take hours before I can finally use it. But it least I know that it's working! 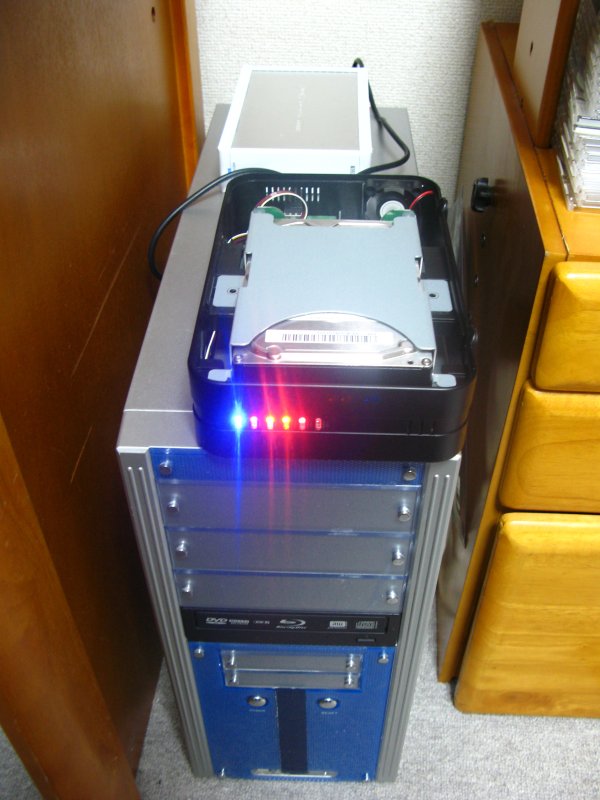 The other piece of awesome is rather short: a Japanese website wrote about last month's ESEC convention, and speech recognition in particular. They included a screenshot of the game I developed for the Android platform. Take a look here. The (rather empty) screenshot on the right is my doing :D