There is a very small island near Nagasaki that used to be known as Hashima, but is now more familiar under the name of Gunkanjima: Battleship Island. It is named like this because the island's concrete buildings and the seawall that surrounds it make it look like a battleship. That's quite interesting in itself, but it gets better. There used to be a coal mine on the island about 100 years ago, and a lot of people worked and lived on the island. They had everything: a hospital, a movie theater, a school, even a pachinko place and a swimming pool. The workers and their families resided on the island and lived out their lives there, until the coal mine was closed in 1974, and the inhabitants left the island. The island has been abandoned for over 30 years. Buildings have crumbled, vegetation runs wild, and all that remains is a beautiful memory of how people lived 30-40 years ago.

As you may have guessed from previous posts, this is a place that interests me greatly. I knew about this place already a couple of years ago, and at that time there was no (legal) way to visit the island. The buildings on the island are in various states of decay, and even I will admit that it's probably dangerous to go around exploring haphazardly. Fortunately for me, the island is again open to tourists since April 2009, so I booked a tour to travel to the island from Nagasaki. It was a bit above my regular budget, but it was quite worth it. 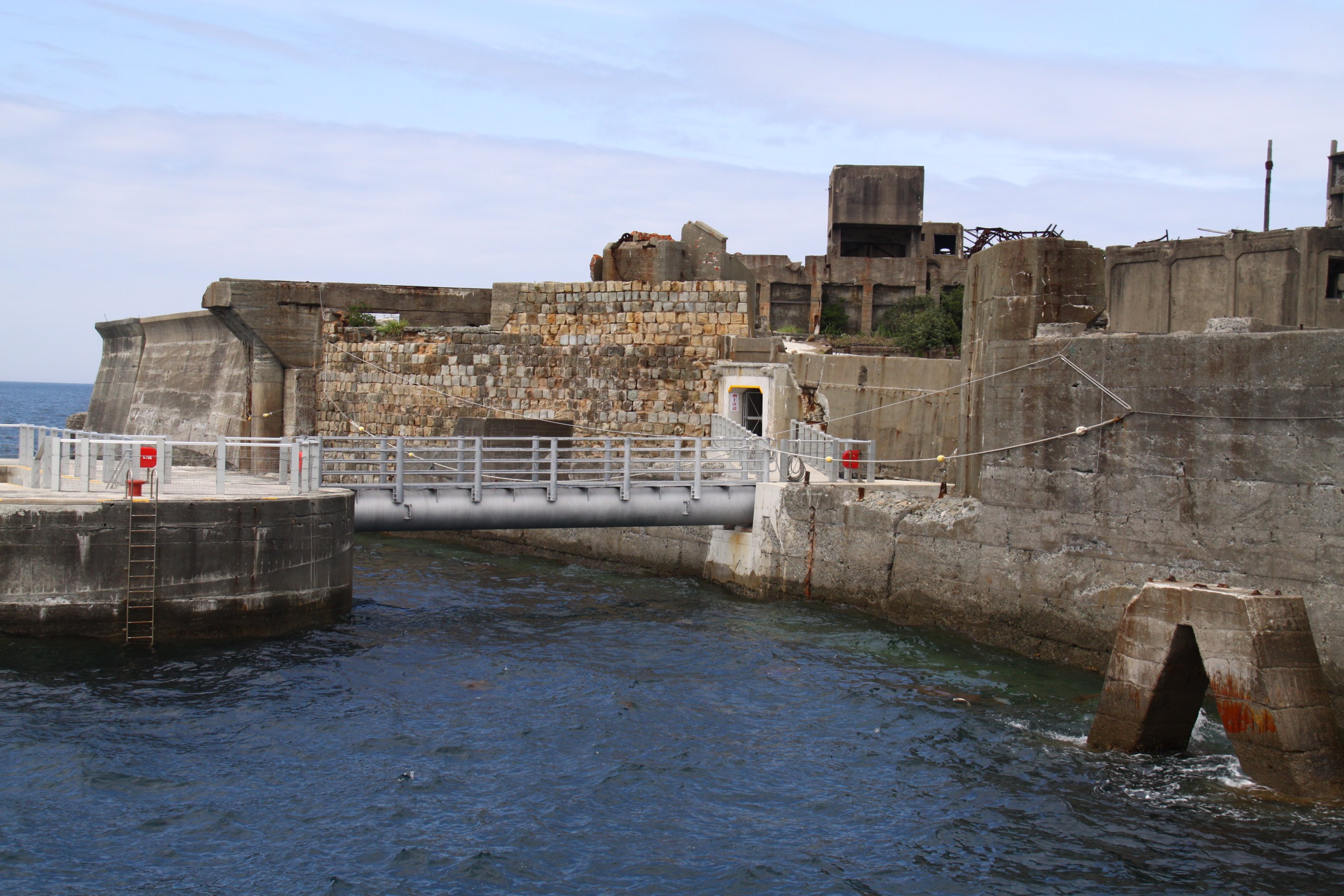 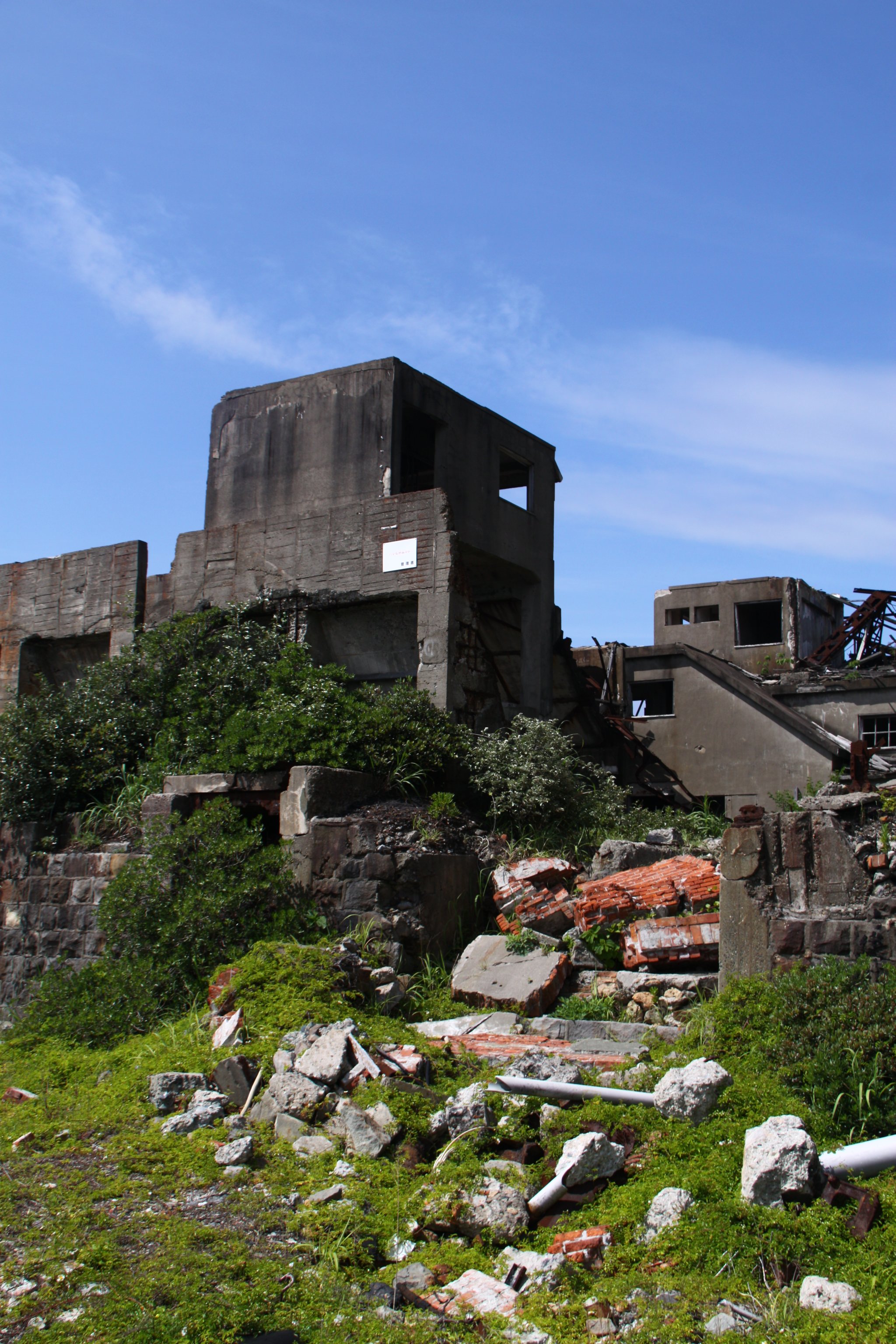 Ruins of a forgotten city 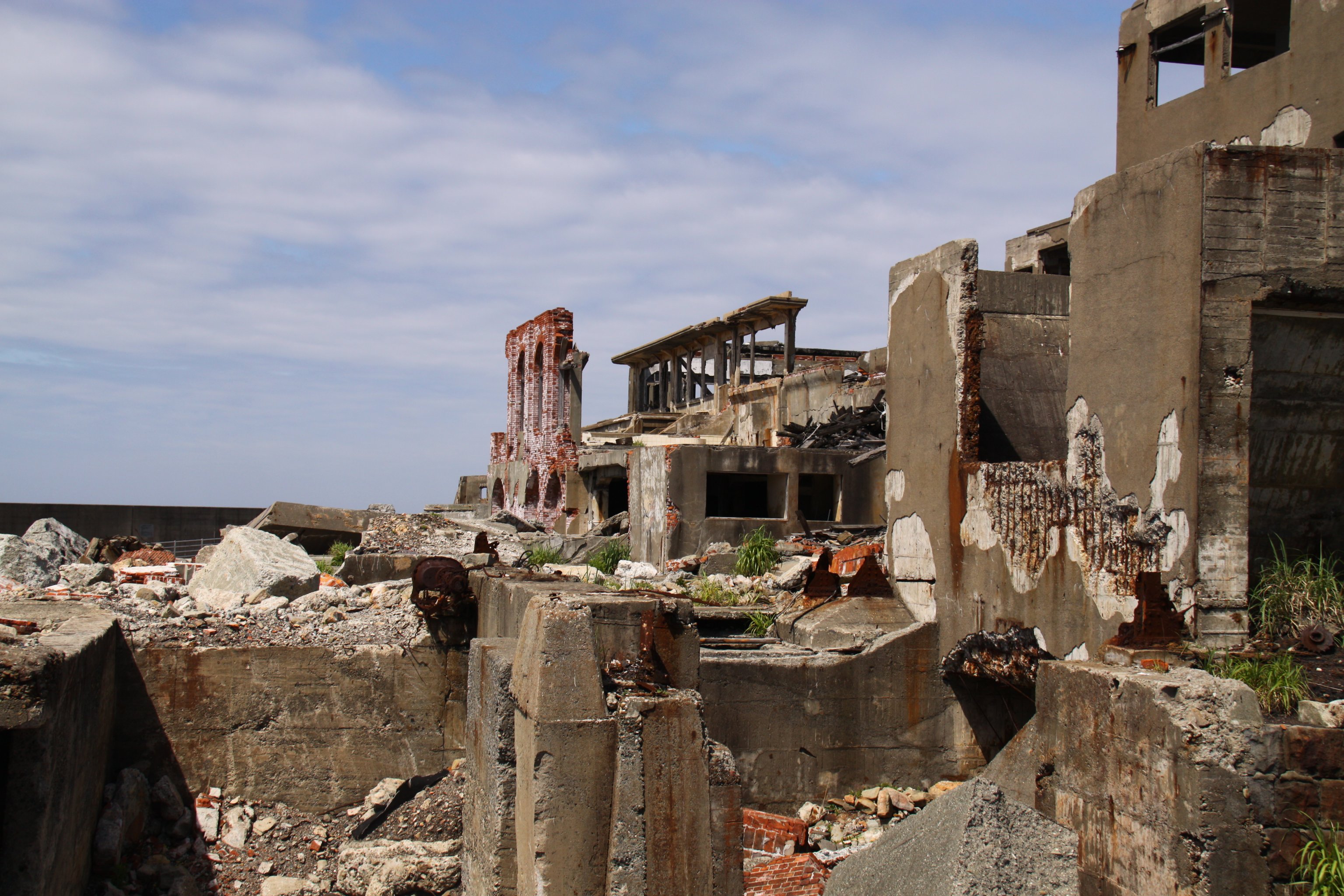 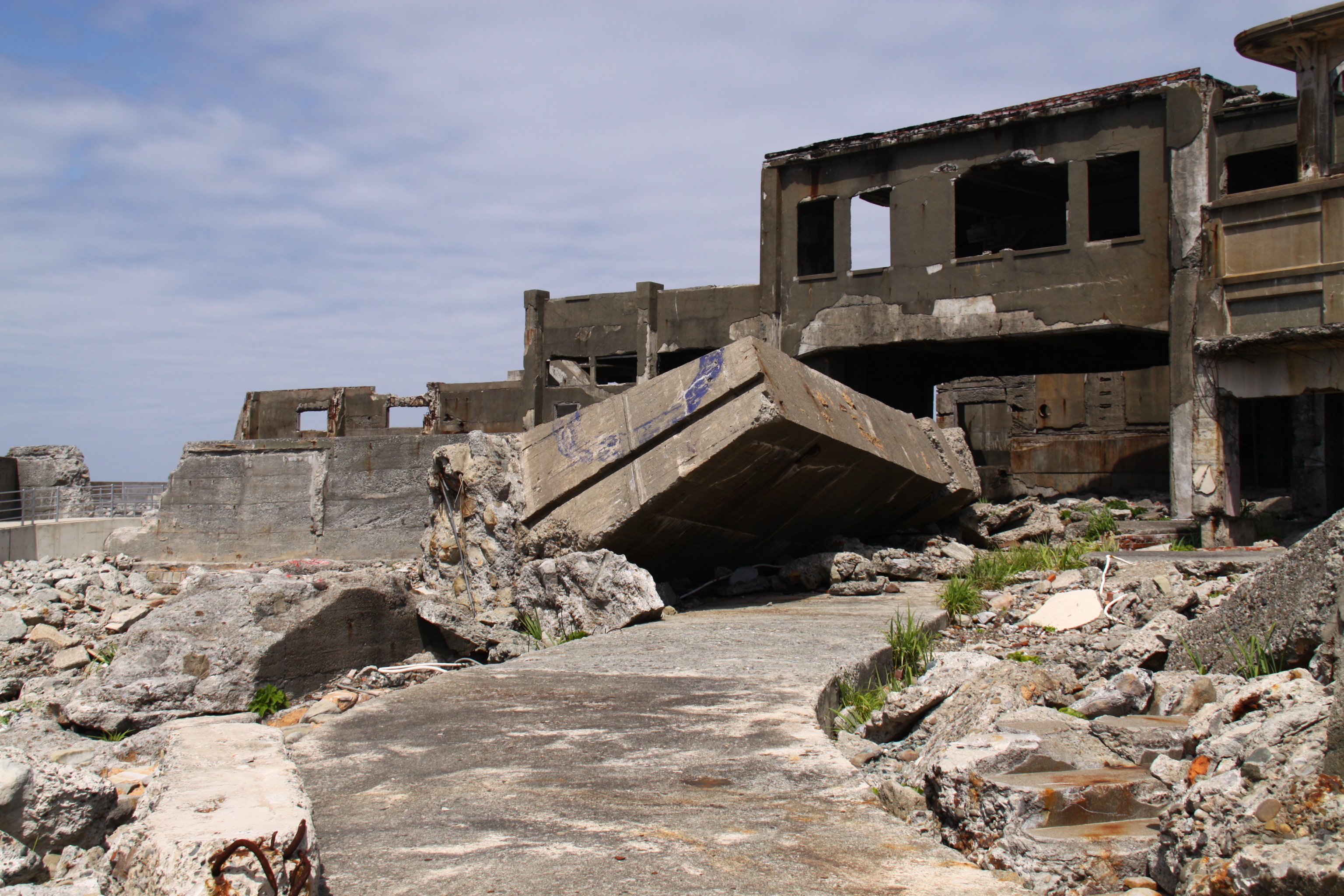 The tour itself starts at the Nagasaki port, then going through the bay under the bridge thingie towards Gunkanjima. Once there, we departed the ship and set foot on Battleship Island. From there on I got a slight disappointment. I had hoped that we would be free to roam around in areas that were deemed safe by the officials, but this was not so. Instead, the whole group stood at a concrete platform in the blazing sun, listened to a guide tell trivia about the island most of which can also be found on Wikipedia, and then moved to another concrete platform where the whole procedure would repeat itself. Never were we close to the actual ruins, which I found a bit of a shame. Nevertheless, the whole experience was quite interesting, and I did learn a lot about the island. 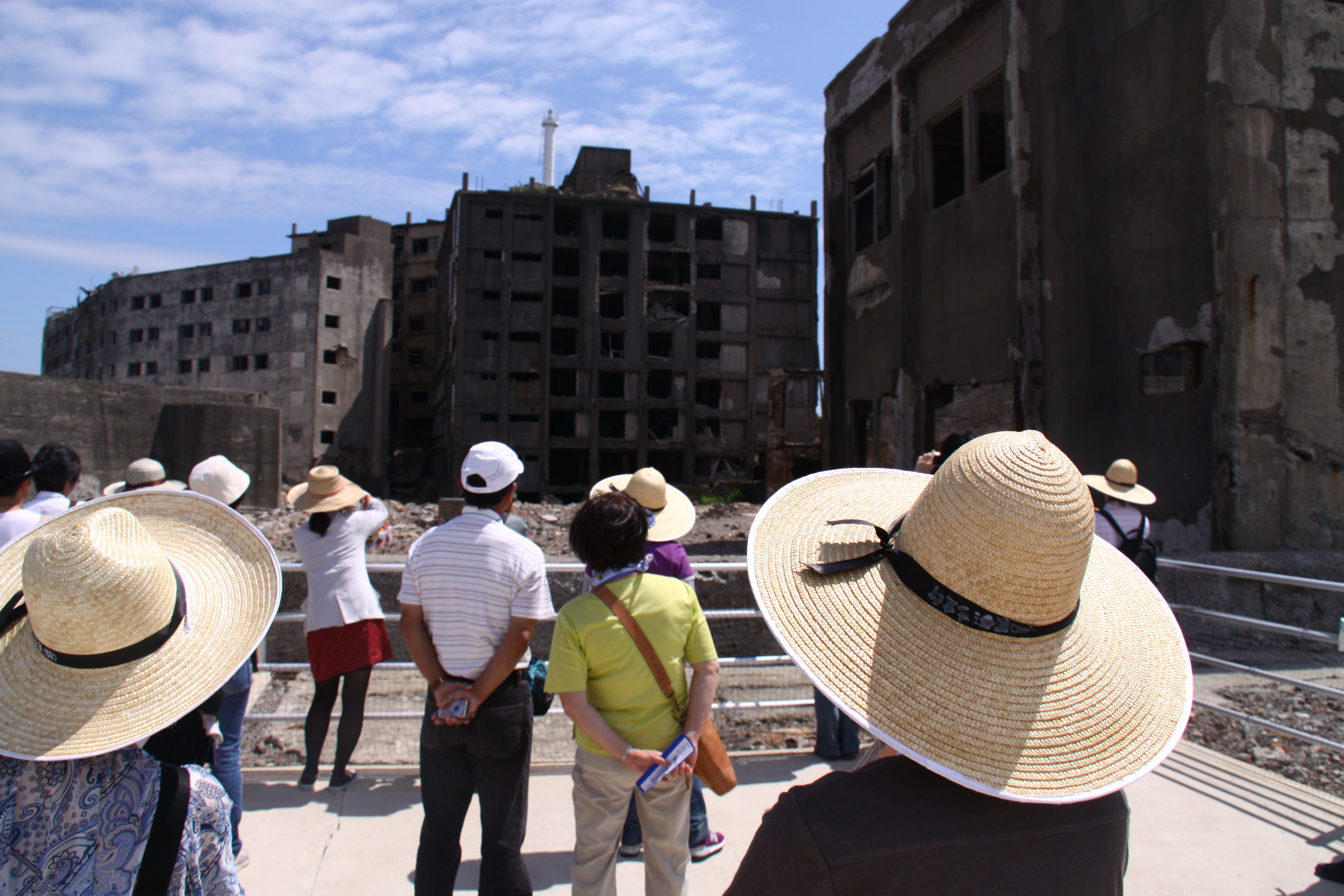 Tour guides handed out straw hats against the sun 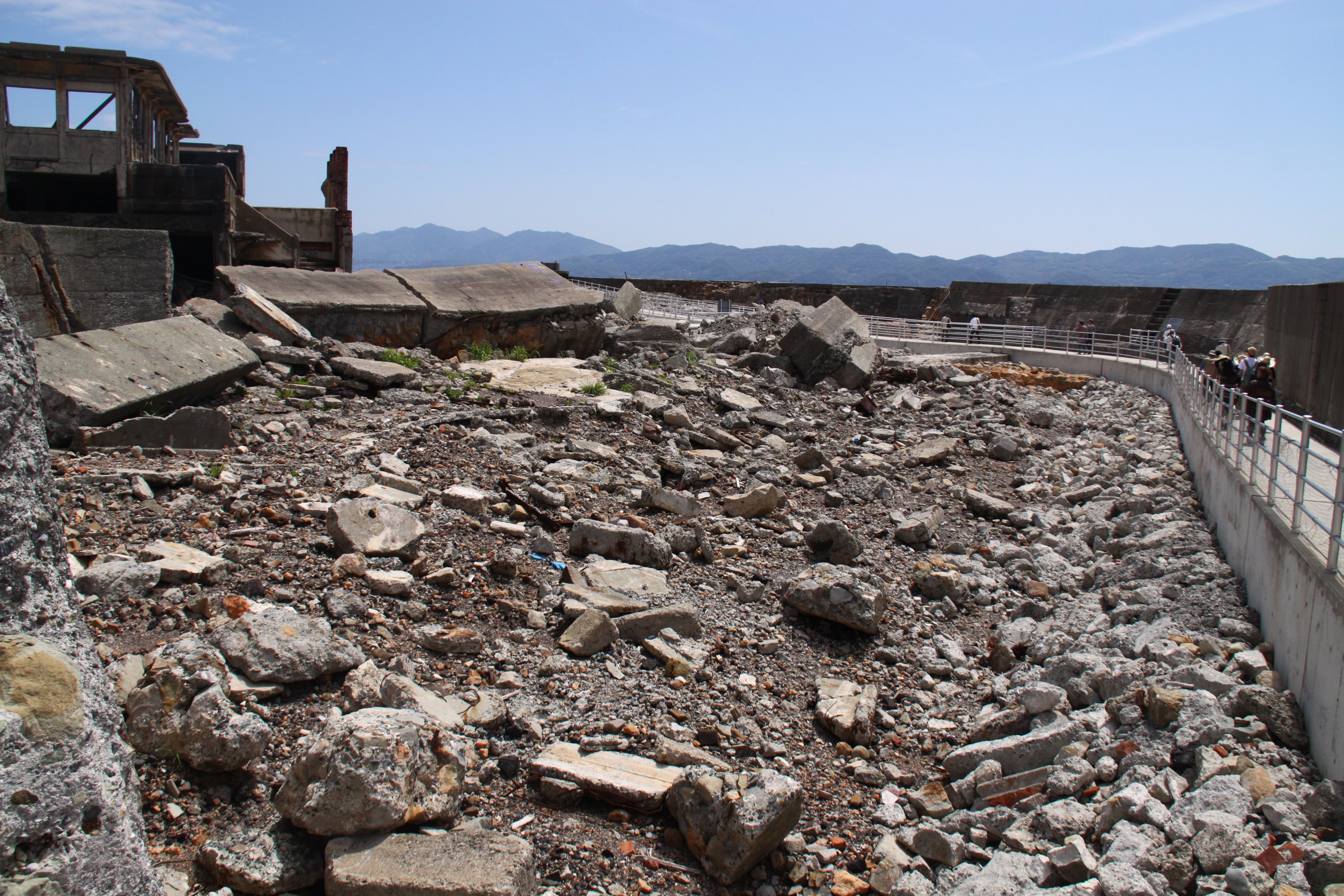 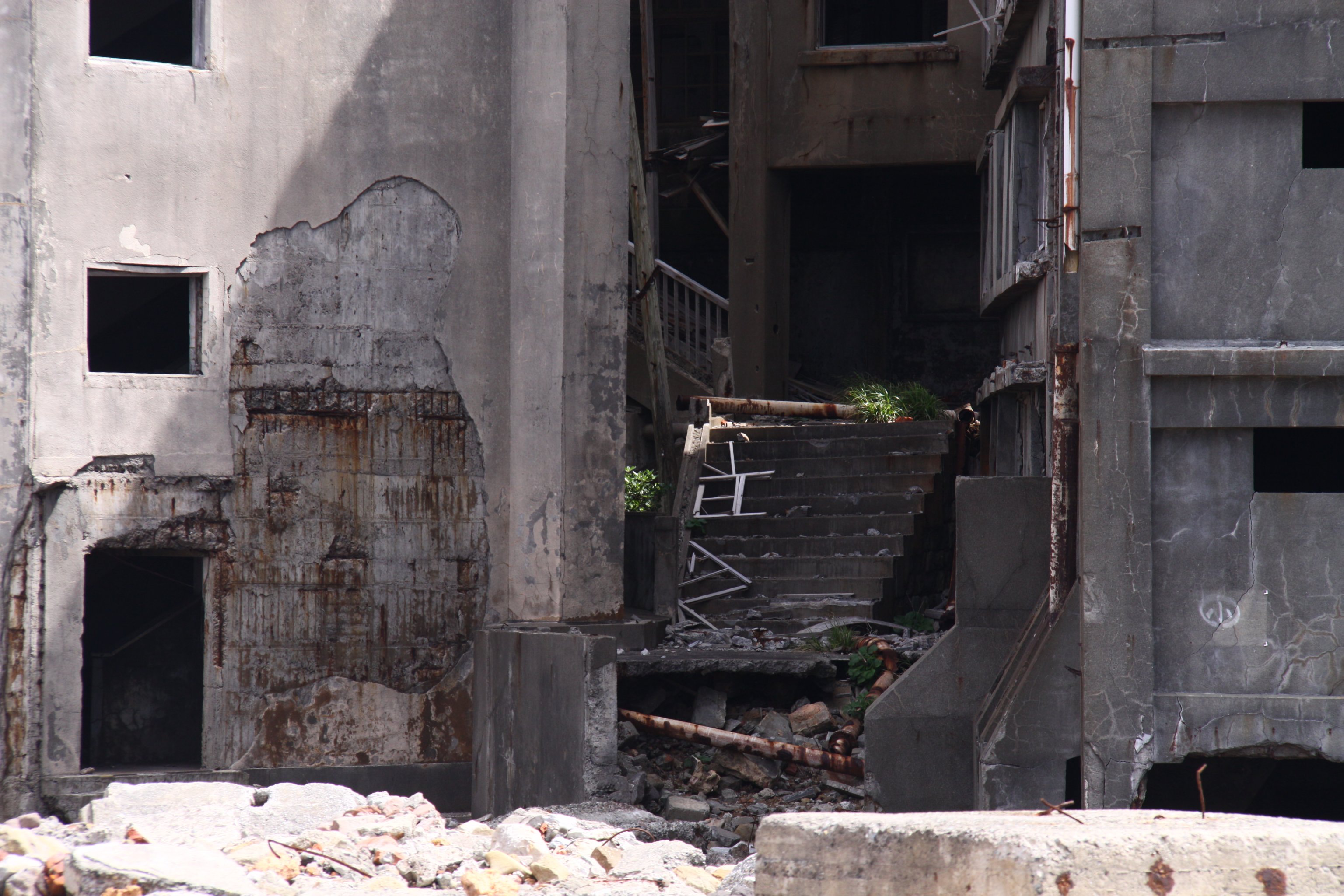 The stairway to hell

After the trivia we boarded the ship again and circumfered the island, and then went back. Perhaps the most interesting part of the tour from a historical perspective was the in-ship movie that we were shown on the way back, showing actual footage of the island made 40 years ago. Very interesting. At one point in the movie some children jumped of a (small) rock into the ocean, and you could hear all the Japanese people gasp audibly. Modern Japanese people are very concerned about safety and wouldn't even dream about jumping off a rock into the ocean. This is a sad thing. 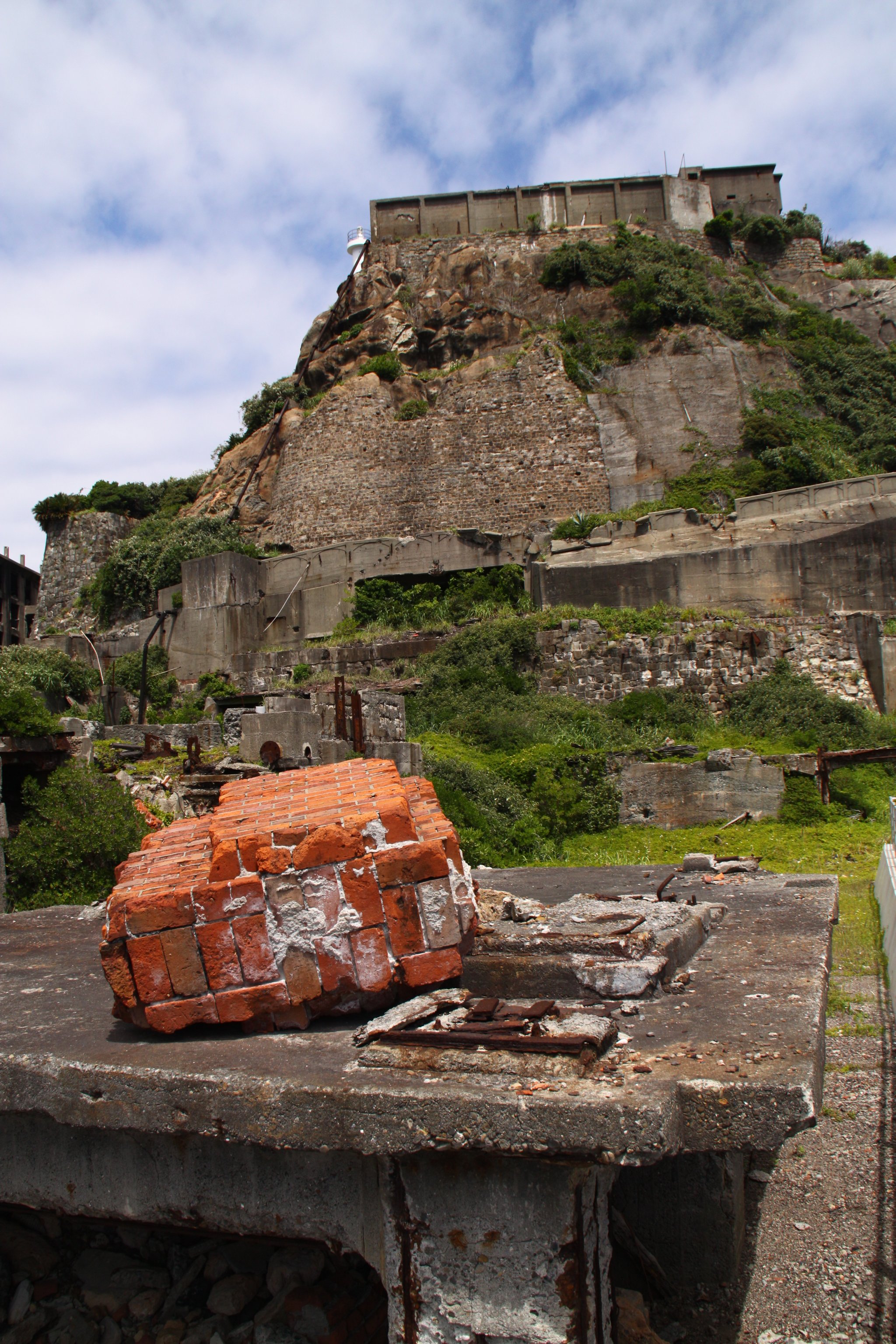 I'm really glad I went there. The tour costs 4300 yen, but in return you get a very good look at what happens to places that society abandons, something that seems to happen rather often in Japan. For more information I highly recommend the Wikipedia article on Gunkanjima / Hashima island.