The park inside the tunnel

Japanese people have a knack of creating things that are supposed to be nice and cute, but turn out to be strange and creepy. 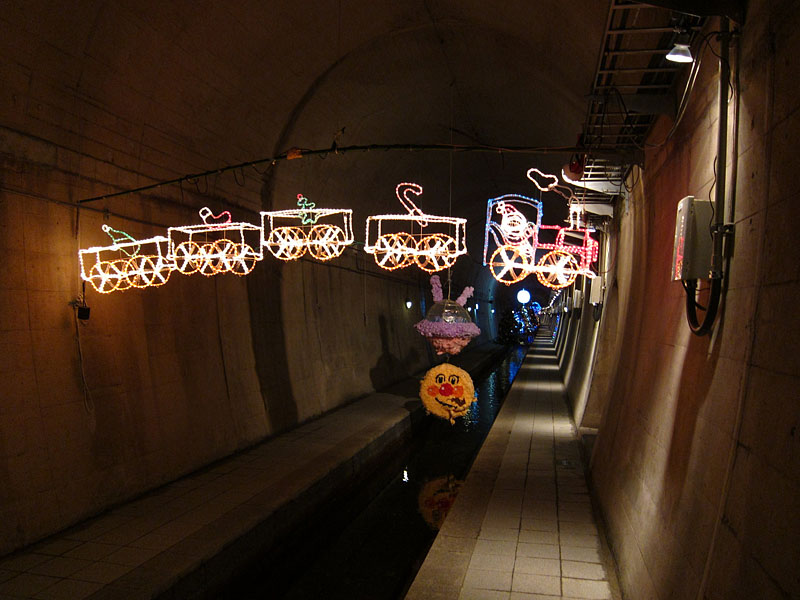 I'm in a village right now, which is the most countryside place I've stayed at during this trip. There is one tiny convenience store slash supermarket, a train station with a one-man train arriving every 1-2 hours, and that's about it for the sights in this area. That, and the tunnel park. 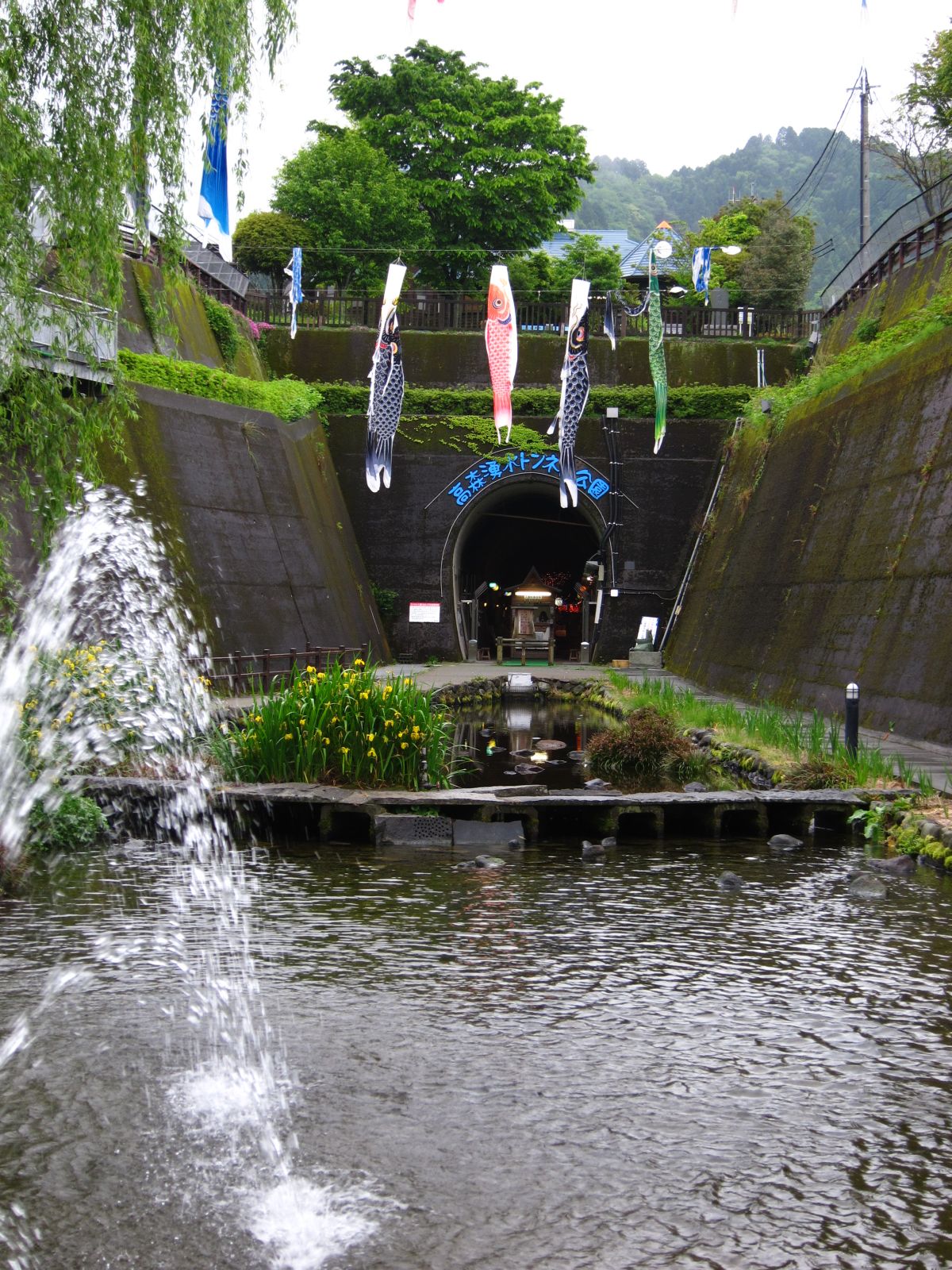 The entrance to the tunnel park

The name may sound nice, as it has the word 'park' in it, but you should know that the Japanese people use the word park very lightly. A big slab of concrete in the middle of a city can already be called a park in Japan, so I guess some decorations in a tunnel qualify as well. 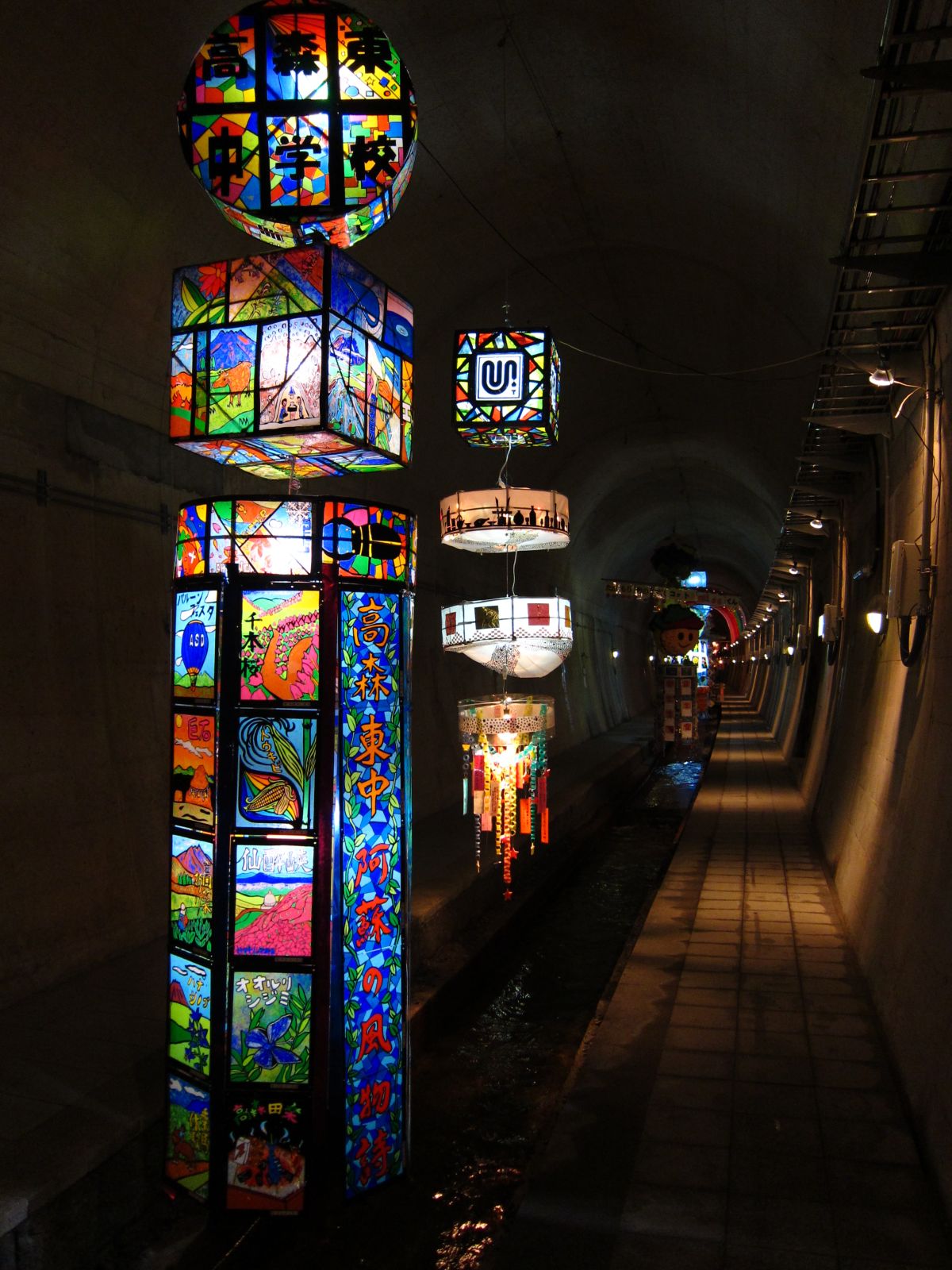 The back story behind this park is that the tunnel was under construction several years ago, and was supposed to connect the village I am in with a bunch of villages at the opposite side of a huge mountain range that divides the area. During the construction of the tunnel there were a lot of mishaps, delays and floods, and eventually they decided to abandon the project. The consequences of that are that I have to climb a very nasty mountain range tomorrow, but besides that, the village had a half-completed tunnel that they didn't know what to do with. Since tunnels are always so nice and pleasant to walk around in they decided to turn it into a park.

It's not really a park, though. It's more like a tunnel. It goes on for maybe 50-100 meters straight, and the only way you can go is forward, until you reach the end. 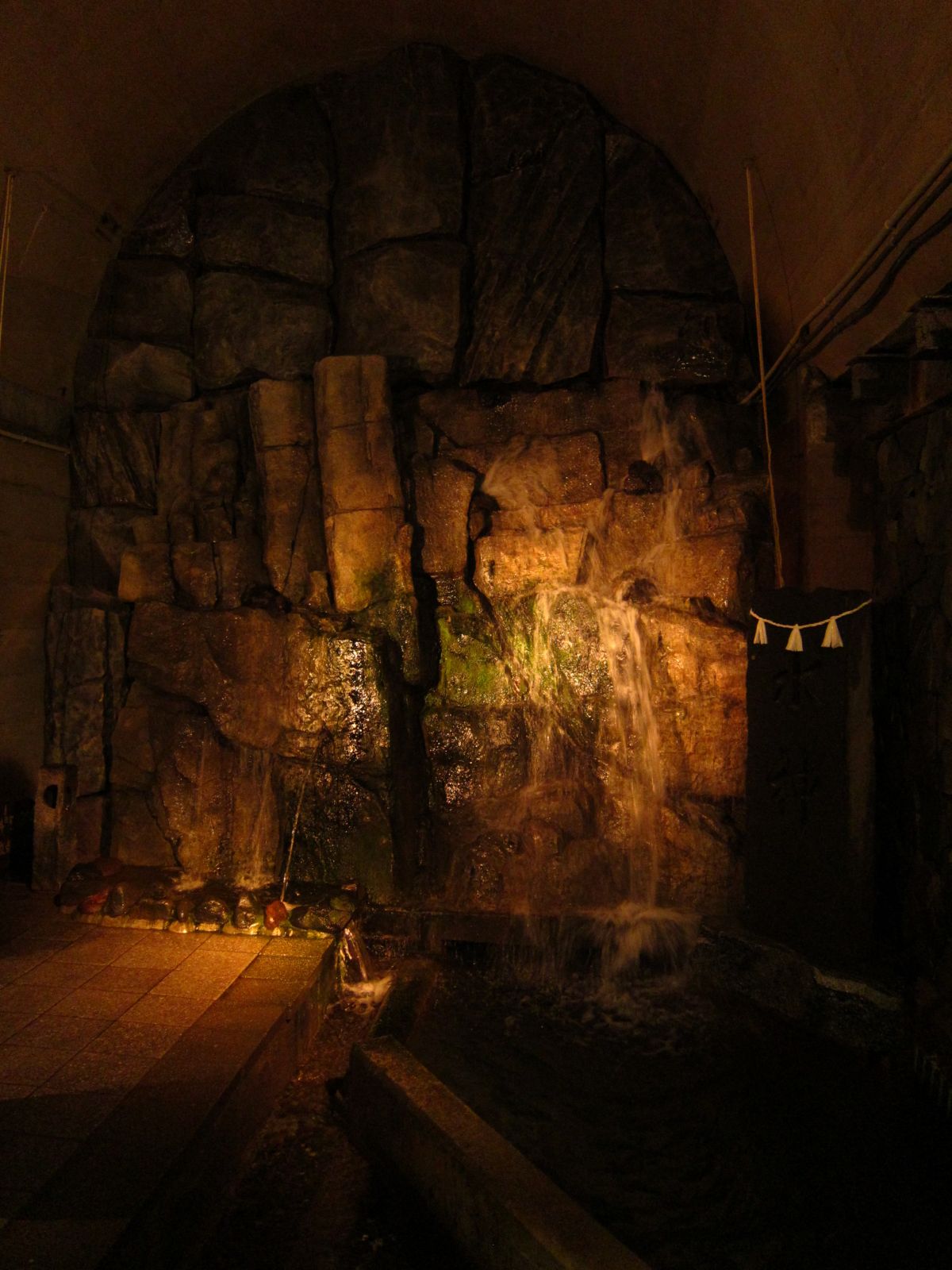 There's water pouring out of those cracks. A lot of water. After you reach the end you have to go back the same way until you reach the point where you came in.

It's a very peculiar place, and it really makes me wonder why they made something like a tunnel into a park. The general feel of the place is creepy and weird, and it's certainly not a place I'd feel comfortable in for a long time. I remember seeing a similar peculiar place before called The caves of heaven and hell, also in the mountains. The Japan that you can find in the mountains is very different from the seaside or city-side Japan, I can tell you that. I'm a bit sad that I can't explore more on my bicycle, as my stamina would run out rather quickly if I started taking random roads that lead to nowhere (which is not really a problem on a flat road). Maybe next time I'll travel by motorcycle instead.

Here's some more photos on Picasa. As you can see today is quite rainy, and when the day began I was not sure whether to continue cycling or not. In the end I decided to stay one more day, and spent most of the day inside the youth hostel avoiding the rain and horrible humidity. The tunnel park was actually quite cool and nice for that matter.

I did some research today on how to end this whole thing. I'm nearing my final destination, Sata Misaki (Cape Sata) at the southernmost point of Kyushu, and I can be there in three to four days. After that I have to get back to the Tokyo area to a) finish up my life in Japan and go back to Holland, or b) find a job. I'm still leaving it out in the open which one it will be (even to myself!), but one thing is certain: I will go back to the Netherlands for a while to visit my parents, which is something I need to prepare for as well. Plane tickets aren't cheap, especially if you don't want to plan them in advance.

Doing research on what happens after this trip made me feel as if the trip was already over, and it made me realize that I haven't accomplished anything. I didn't have any magic revelation or spiritual moment. The only thing I found out is that it doesn't really matter what I do, because I'll be happy with my choice no matter what. If I did have to point out one thing about this trip that I learned, then it would be that. It's not about the destination, it's about how you get there.