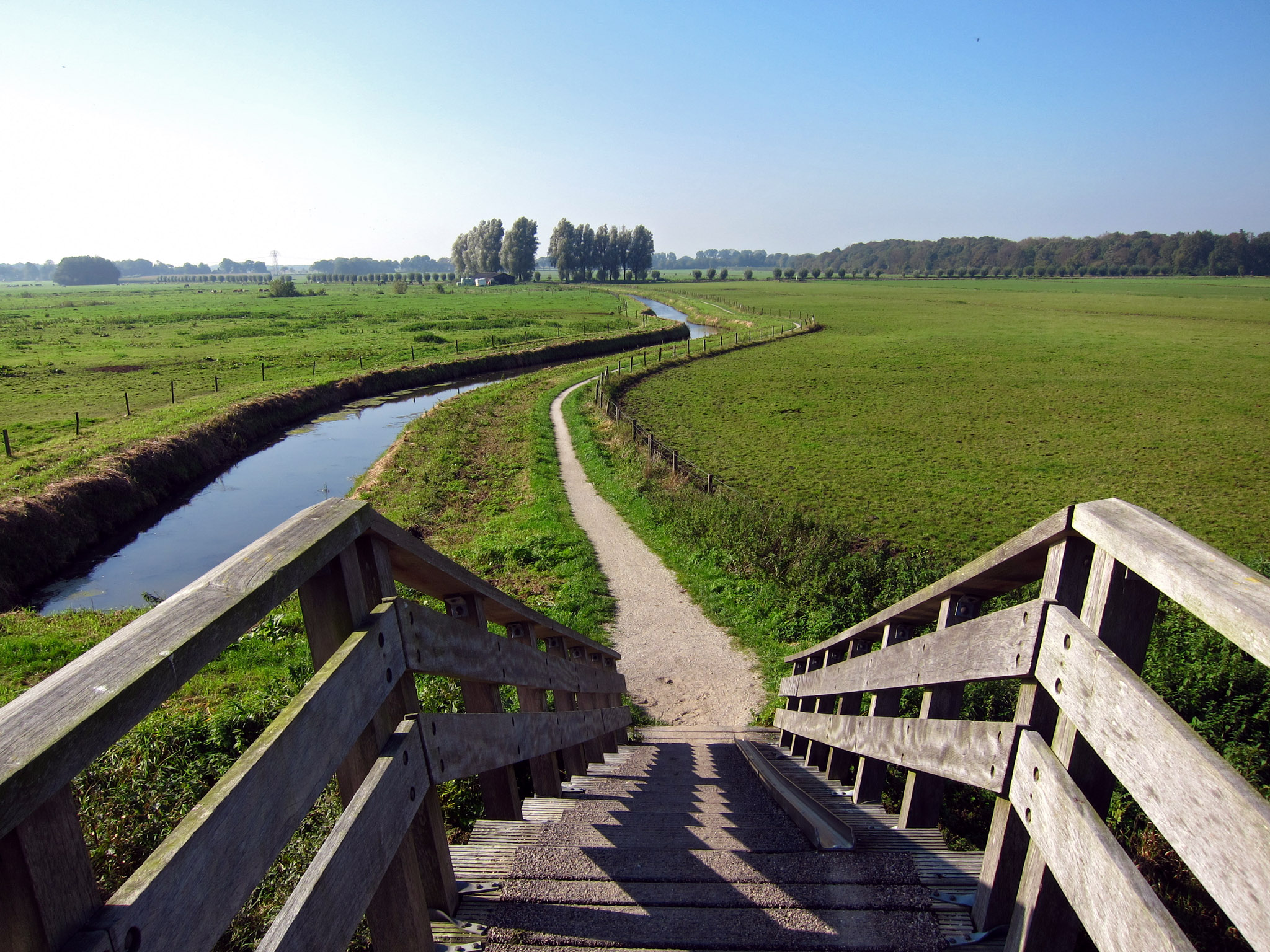 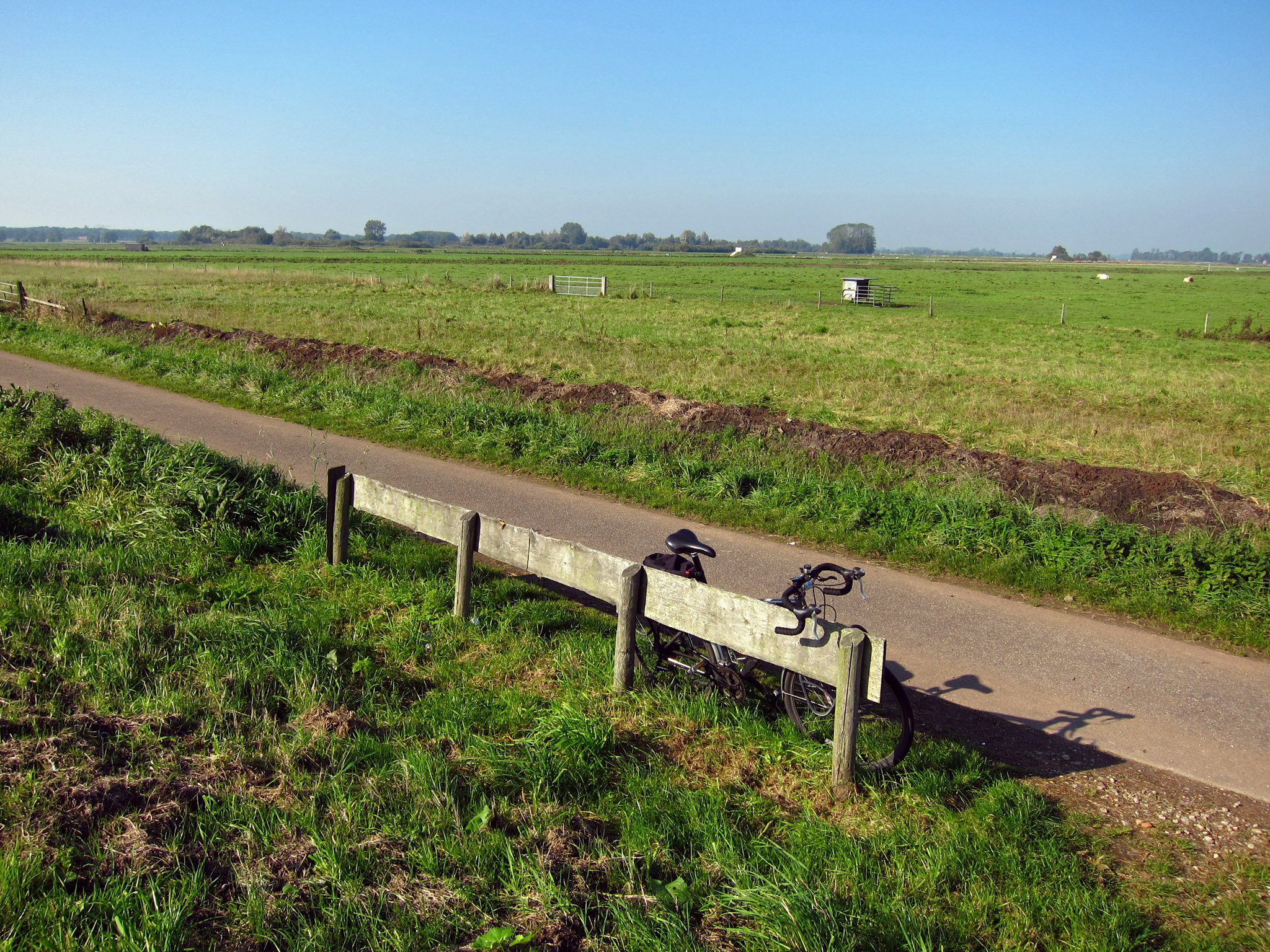 In the distant past, at times of high downpour, the Hunze river and the Lake of South Laren would flood. The East Polder was regularly flooded as well. Large portions of the polder would remain wet for a long time and could only be hayed very late in the summer. In the early 20th century quays were constructed, water pumping stations were built and the water was contained. Thus the polder became a suitable place for pastures. Alternately haying and grazing the plots attracts waders like the Redshank and the Godwit. The Foundation for the landscape of Groningen performs, in cooperation with farmers, a bird-friendly management. For example, mowing takes place until after the breeding season (at the end of July).

(text found on an information sign in the polder, freely translated to English by me) 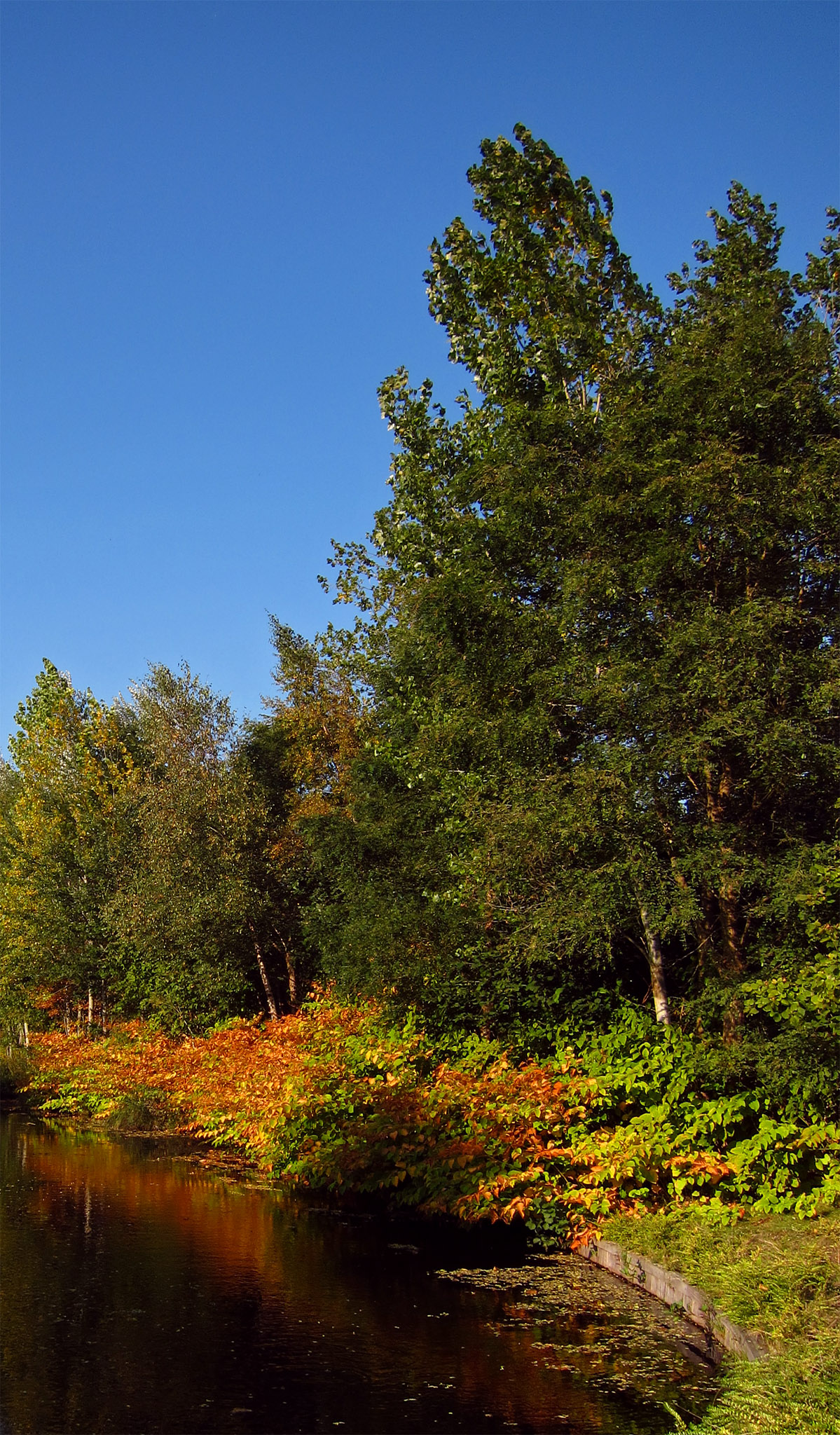 At the entrance of our block 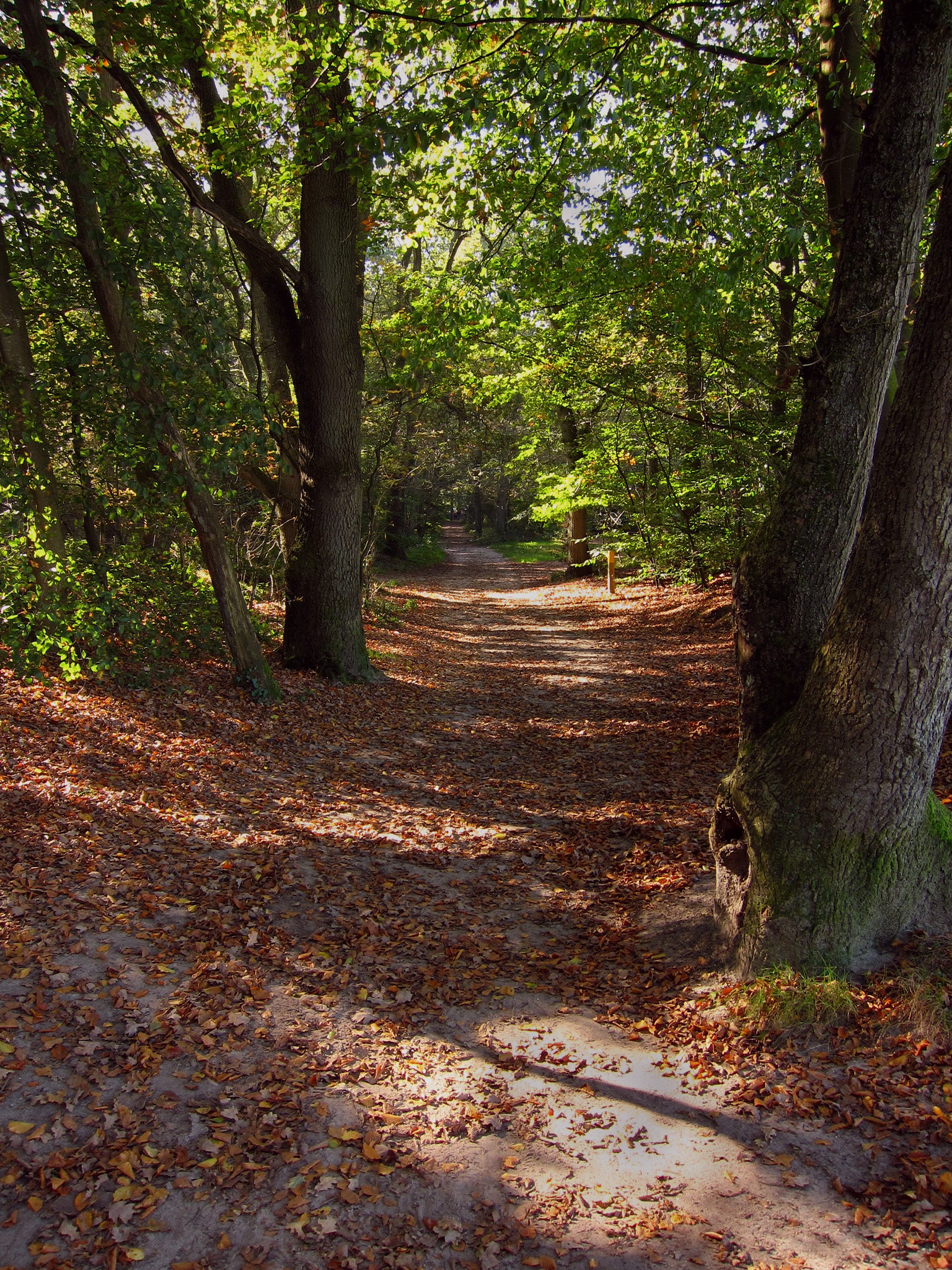 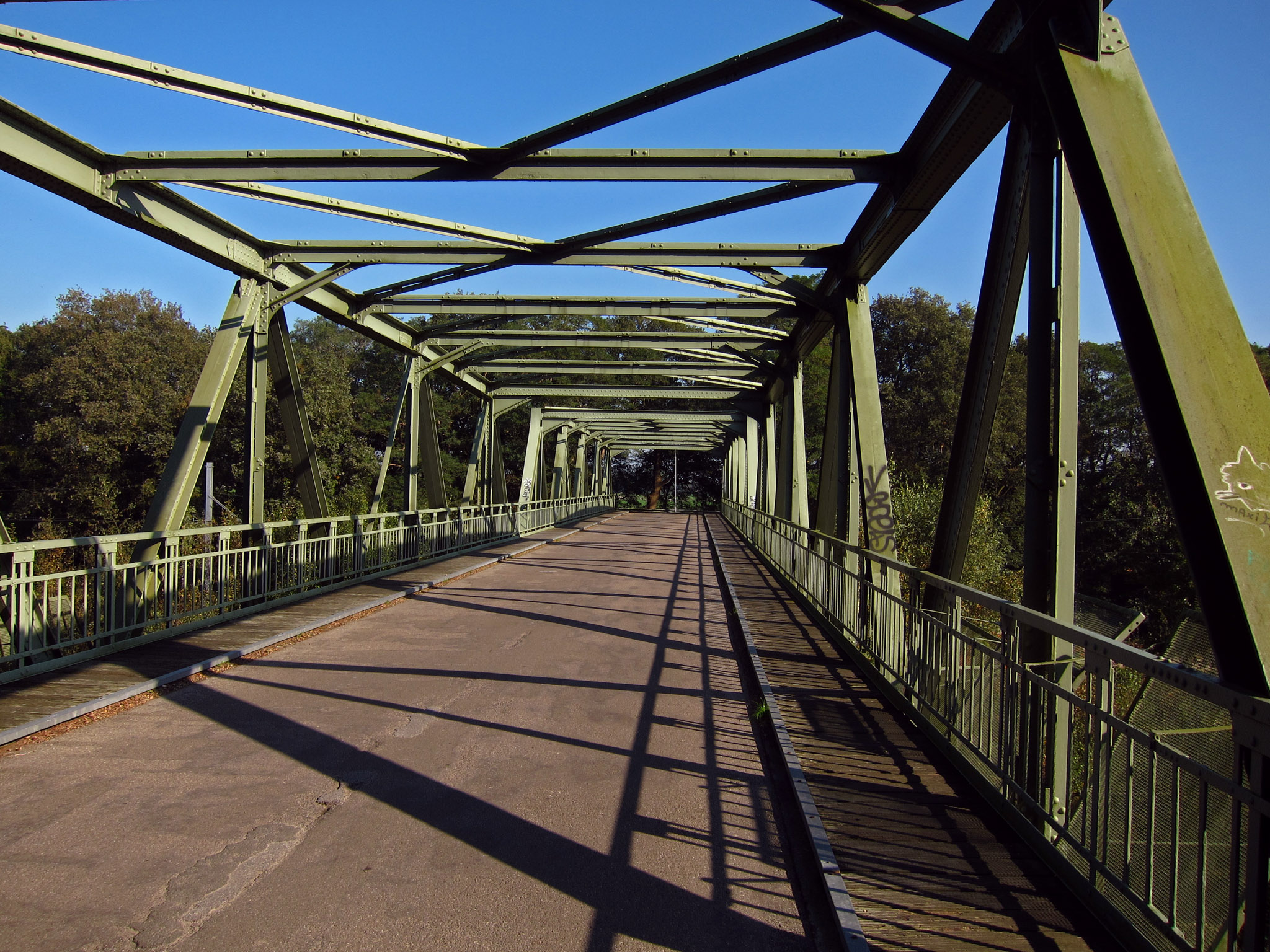 Not at the rail bridge

Me, I'm more of a summer person. Swimming! Water! Sunshine! Before that, Winter will come. Snow, ice, cold... For now, it's still autumn :) 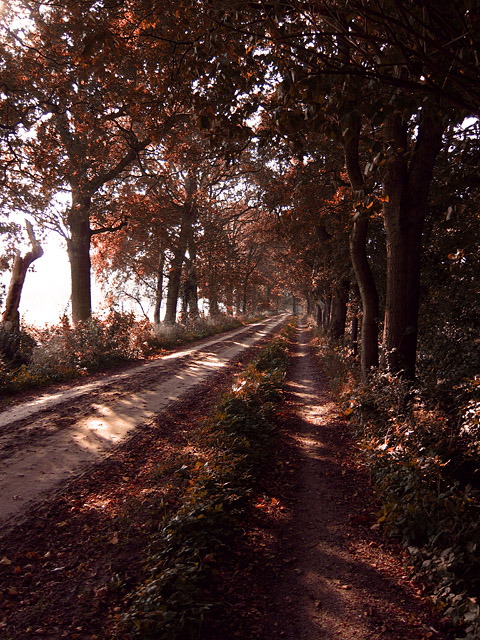 (Ok, I cheated on that last one... Here's how it really looked like when I saw it.)