Today was a beautiful day so I decided to head north to Watford, which turned out to be real close by. I didn't take a lot of photos along the way, and I think that's because I'm not familiar enough with the area yet. But I had an 'aha' moment today where two distinct areas of roads suddenly linked up in my mind, completing another part of the puzzle that is greater London's road network. I made the mistake of remembering things wrongly the first time I came here, and it's still hurting me. But I'm getting over it. 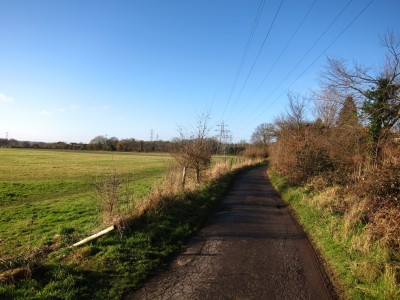 This is rapidly becoming my favorite path.

I found something interesting today. I ended up in Watford city center, took a wrong turn and drove across a hospital parking lot in the wrong direction, then ended up on a big road that was closed for traffic because it was filled with football supporters and food and drinks stands. The policeman kindly informed me that I could just barge right through there with my bicycle, so I slowly cycled through the crowd, looking around. I guess a football match is the UK's version of Japan's festival. Hm, cute Japanese girls in kimonos or rowdy football fans with weird accents. I think I know which one I prefer. 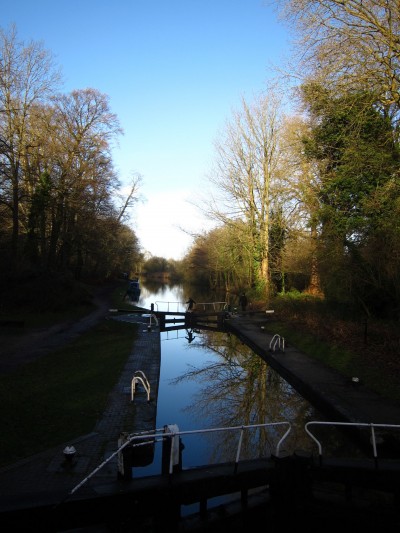 The canals. For lack of a nicer place, quite nice.

I can tell that my new bicycle doesn't really like to be on non-asphalty roads, even more so than the old one. The tires are just that tad bit too thin and smooth for muddy roads, and the lack of front suspension makes almost any off-road path around here a very bumpy ride. Or perhaps I just haven't cycled enough lately and need to get used to it again. In any case, after leaving the muddy paths behind and finding some open asphalt it really felt great. The bike's made to do asphalt, so I should do a bit more of that next time, just to see how far I can go in a day. 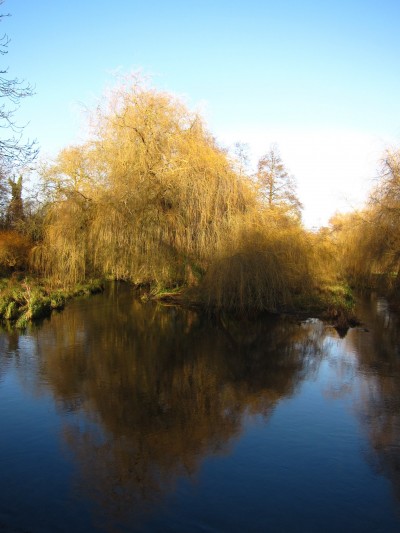 A random park. Behind me were screaming children.

This is what I do in weekends. I've somehow forgotten this after two years of not being in Japan, but this is what I do, and I like it. I cycle somewhere random, take photos along the way and sometimes find interesting things. Then I head home, tired and exhausted, and enjoy a nice movie in the evening while eating snack food from the convenience store. Ah, what a life.