The old road to Karuizawa

Today is the day I dreaded. It wasn't worse than I expected, because I expected quite worse. It's quite tough, deciding how much distance to do every day. Because I knew this was going to be a massive uphill fight I decided to plan for less today, but in the end going uphill doesn't take that much longer than normal, so I end up being done at 13:00 already. Exhausted though. That was one tough ride. I'm trying to convince myself that from now on I can take the easy way out and just ride down to Nagano and the coast, but my mind seems bent on climbing up 2km's to see the crater lake of an active volcano. I know it's going to hurt like hell to get up there, but time is relative, and it'll all be over soon. As I told myself before: it's not like I have anything better to do. 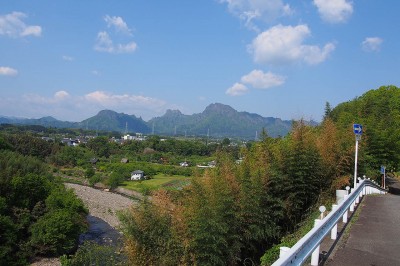 The road to Karuizawa was amazing. There's three main roads that lead to Karuizawa from Takasaki: the (toll) highway, the bypass and the old road. Bikes can't go on the highway, the bypass seemed steeper and more horrible than the old road, so I went for the old road. A good choice, it turns out. There was hardly a car on the road, and the sights along the way were perfect. It was excellent cycling weather too, at least for the climb. It was sunny yet not too warm. I had plenty of food and drinks with me so I enjoyed a very nice climb. By 'enjoy', I mean suffer. I swear a lot and I die a lot, but in the end I make it. 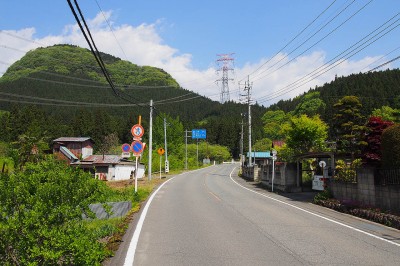 The summit was rather disappointing. Not even a cheerleader squad to congratulate me on my fantastic achievements, just some dark clouds and a motorcyclist taking selfies. I lingered around for a bit, letting myself recover, but I actually didn't feel that bad. 5 minutes after hopping on the bike again it started raining, so I found a restaurant to have lunch in. After lunch the rain was still there, so I prepared my luggage for rain cycling and headed for the camp site. 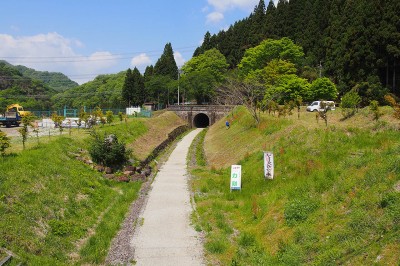 The camp site.. it's rather sad. There's nobody here, although there's some decent barbecue facilities. It's run by an old lady, as most things are in the Japanese countryside. She told me I could camp anywhere I wanted, but it's all kinda meh. It was drizzling as I was building my tent and turned into a massive downpour as soon as I got it set up. At least I know that my tent's still waterproof. 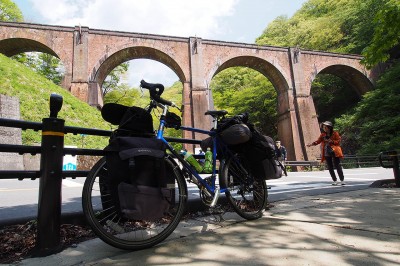 GET OUT OF THE WAY WOMAN

There's not much to be done now. I can't cycle on because it's another really tough bit, and there's not really a good stopping point in-between here and Kusatsu. I should have a slightly better schedule tomorrow, since I'll be leaving a bit later because I have to pack up my camping equipment. Hopefully the rain will stop today so I won't have to pack a wet tent.. At Kusatsu there's another camp site waiting for me (hopefully).

Right. I'm off to the conbini to buy an umbrella, and then to the onsen to get some relaxation. I hope the rain stops soon..