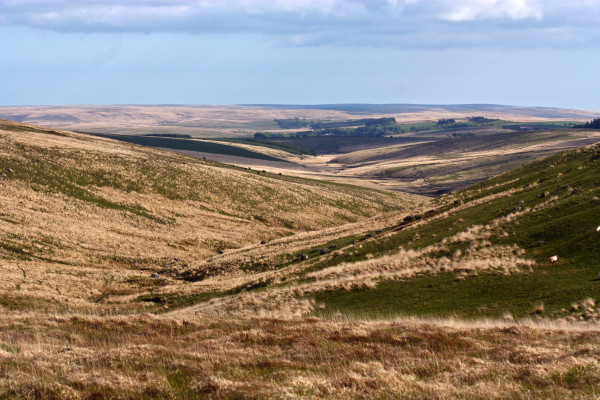 I've been to Dartmoor quite a few times since I came to the UK. Because of that it feels like the 'standard' or 'annual' destination for me in this country. This spring was the second time we went there to wild camp, and it was definitely a memorable experience.

This time our trip would take us to Fur Tor, apparently one of the most remote places in Dartmoor, far, far away from civilization. Or, about 15 miles, as it would turn out. We never did get that far, though. Because as beautiful as Dartmoor is, once you're in the no-mans-land, it does get incredibly monotonous. And why bother walking 10 miles more if the scenery's not going to change?

Well, that was part of the reason we didn't make it to Fur Tor. The other part is that we simply ran out of time. Given that we needed to set up the tent and prepare for dinner before dark we decided to change direction about half of the way in. Progress was slow on our way to Fur Tor because the land was very boggy. Not enough to pose a danger, but enough to get your feet wet after a misstep, and certainly enough to make you want to pay attention to every single step you take. Not a relaxed walk for sure. 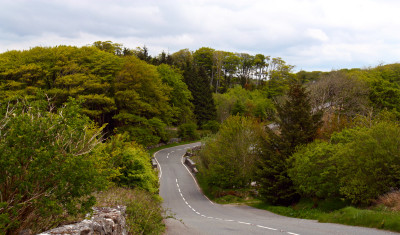 While the walk would have been tolerable, setting up the tent on bog land certainly wouldn't, and neither would it be good if we could not find a stream to camp nearby (although not a disaster since we had brought plenty of water. Sadly the stream that we were supposed to cross on the way to Fur Tor turned out to be not there, and with the OS map reporting nothing but bog land on the path ahead we decided to change direction. I say 'path', but there really isn't any. You can walk wherever you like, in any direction. No paths. No humans. No nothing. We went East instead in search of another stream and less bog.

Luckily we found a usable stream and some bits of land that were not boggy. Unfortunately none of the bits were entirely flat, so we ended up having to set up our tent on a slope. Setting up the tent only took a few minutes and we had a lovely evening meal and watched the sun set. During the night I left a bit of tent flap open so I could look at the stars. It was an amazing sight.

I kept waking up during the night and sliding down my sleeping mat, which was rather slippery on the angle the tent was set up on, but it could not be helped. I remember waking up a few times in the morning, seeing some light of dawn seep through the tent flap, but the sun never quite seemed to come out, so I went back to sleep again. Until finally I got up and stuck my head out, and realized that we would not be seeing the sun at all that day. 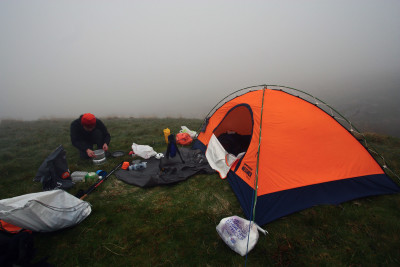 The mist was so intense and so humid that the tent was full of moisture droplets, and just walking outside for a few minutes would cause lots of tiny droplets to appear on your clothes on the side that the wind was coming from. We ended up having to pack everything up while it was still wet, and went on our way back to civilization, via a different route than the one we came in on. Although visibility was utterly poor we had plenty of maps, compasses and GPS devices to guide our return. The way back took us past a military practice area where a bunch of old rifle shells were littered on the ground. At least the soil was less boggy than the route of the day before, and we managed to make good progress on the way back. Our plans to have an elaborate lunch under a beautiful blue sky were put on hold though, because it did not clear up at all in Dartmoor that day.

There's something intensely satisfying about not seeing any other people for a whole day, and also from not having to follow any paths, because there weren't any. It's probably the closest to true, age-old nature that I've ever been. It's a really good experience, and I will do it again. 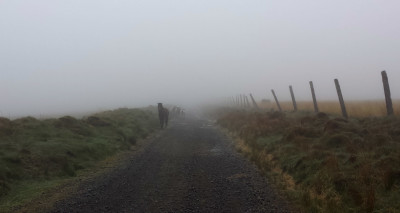 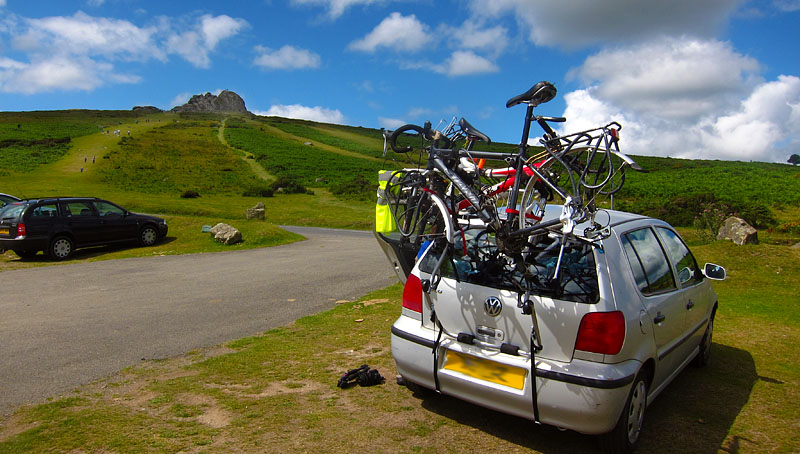 Went to Dartmoor national park and nearby Plymouth last week. Today I finally spent some time to upload the remaining photos. Picasa holds all my Dartmoor pics.

I've been annoyed at my attempts at producing decent HDR images recently. Either my valuation of HDR changed, or I am producing photos that are simply not suited for HDR. The above photo is in fact HDR, but the colors were so messed up that I decided to sepialize it instead, which fit the grainy nature of the original. The full size image is a bit abysmal though. Here's another gritty one. 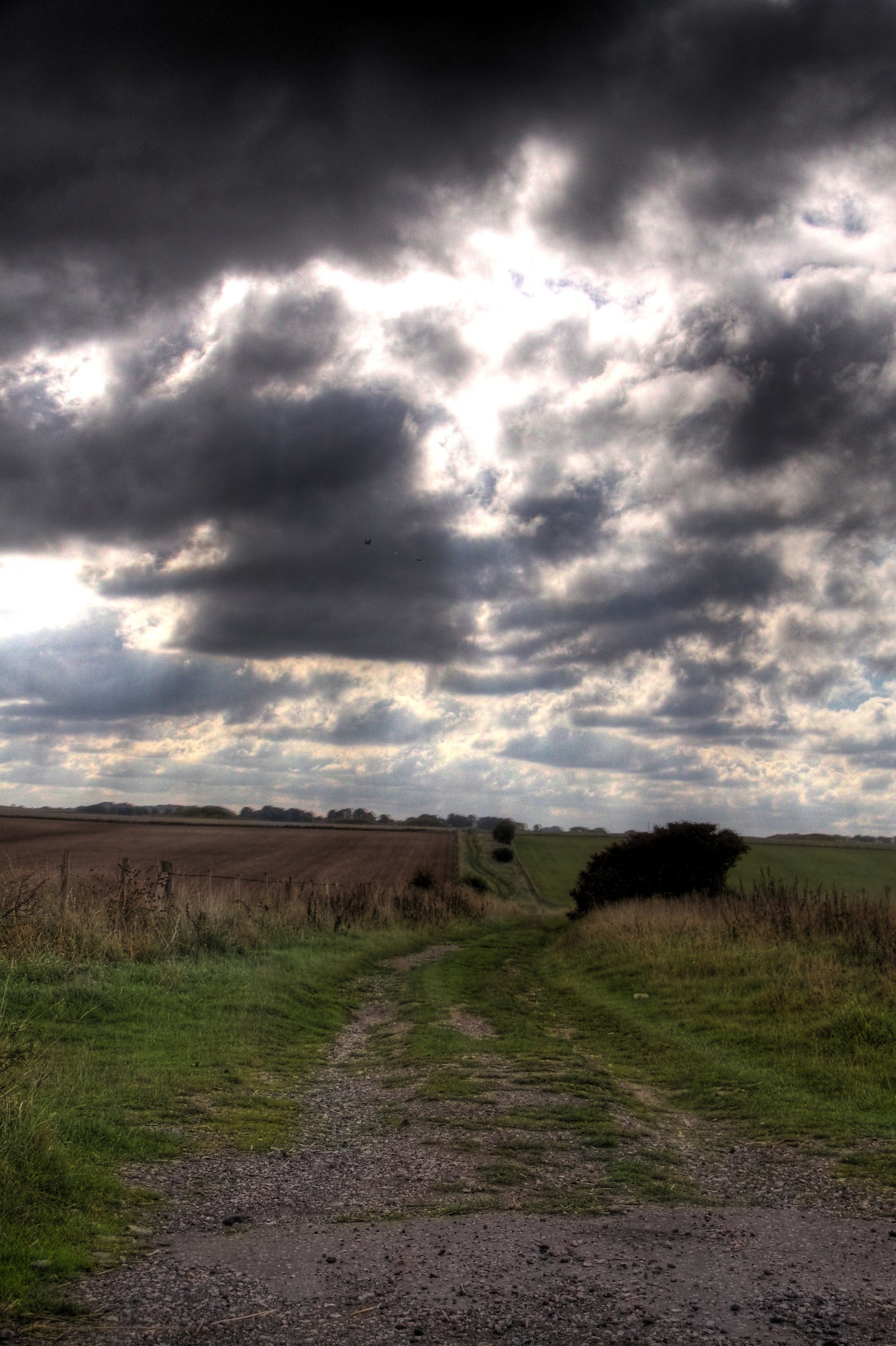 And here's two panoramas of Plymouth, a very agreeable city.

Nice park. Quite cold though.

I like the UK. It has more character than the Netherlands. I think it's the hills. 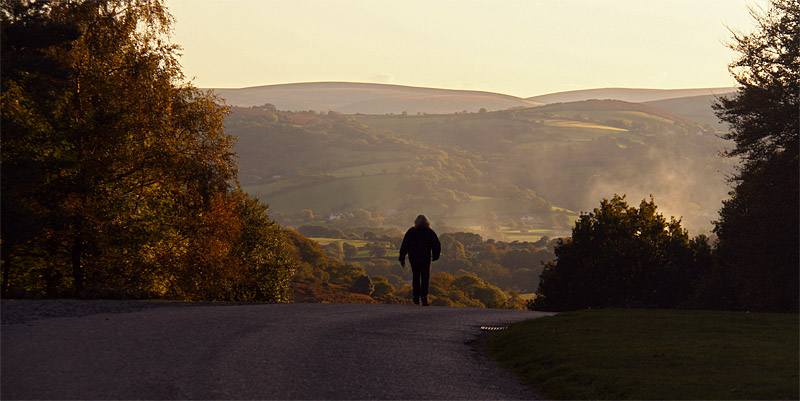