It took about 10 minutes to change from sleep mode to cycle-to-the-station mode, that Saturday. It was a four day weekend, and I was thoroughly bored. I like random plans, but if your 'default' random plan consists of cycling or hiking then even the random things are no longer random. So I did what I had wanted to do ever since I came to Japan, but seldom had a chance to do. Take a train somewhere. Get out somewhere. Take pictures. Anywhere will do. After loading a map of the Japanese train and subway network onto my camera (no, I don't have a smart-phone yet...) I was on my way. To Oume. 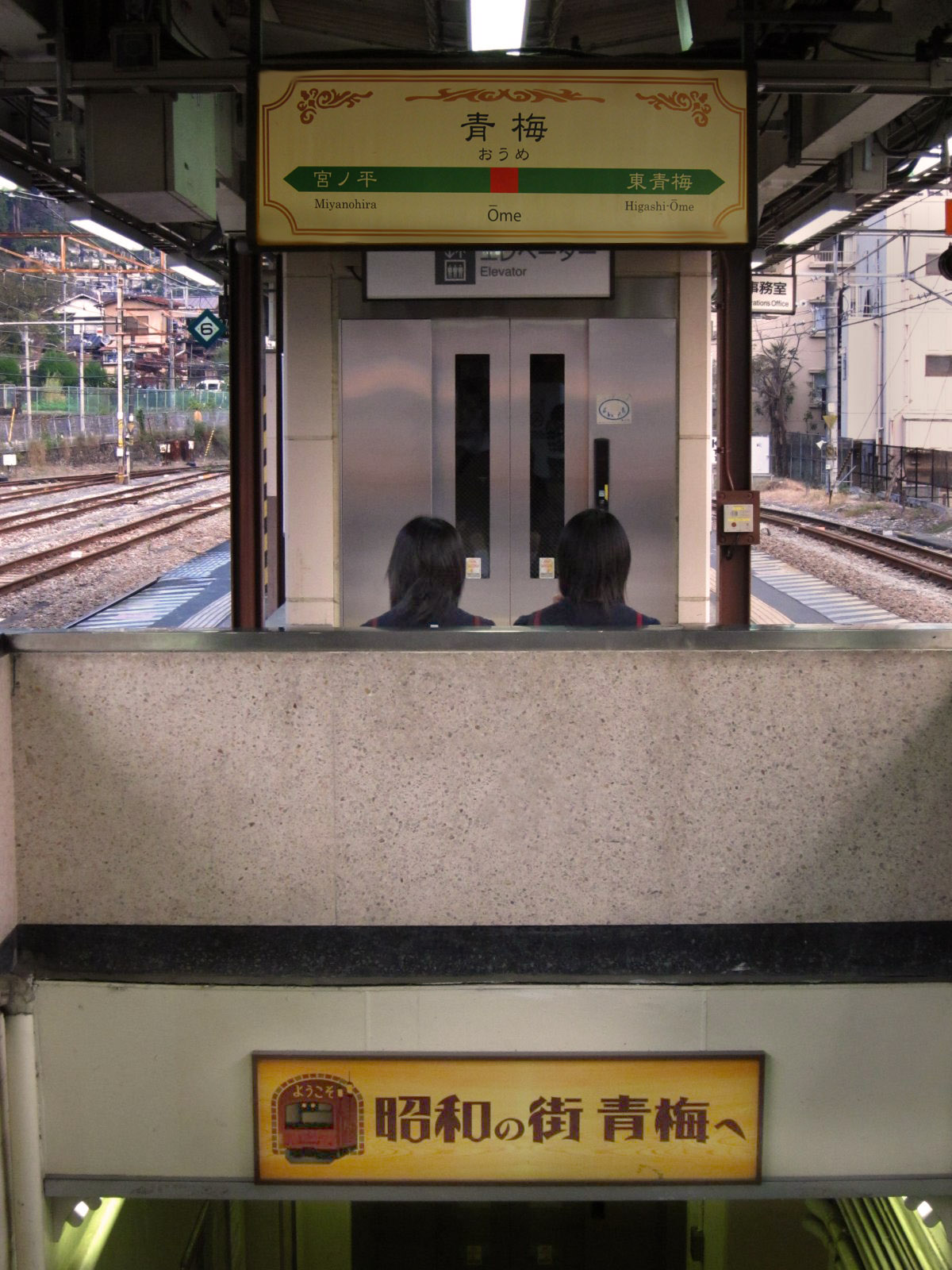 I figured that the most interesting train lines are the local lines that don't connect to another line when they end. After glancing on my map I determined that I had to head north for Hachioji, and from there on even farther north. I changed my mind about the 'final' destination a couple of times along the way, but when I arrived at Haijima I decided to take the Oume line all the way to the end. 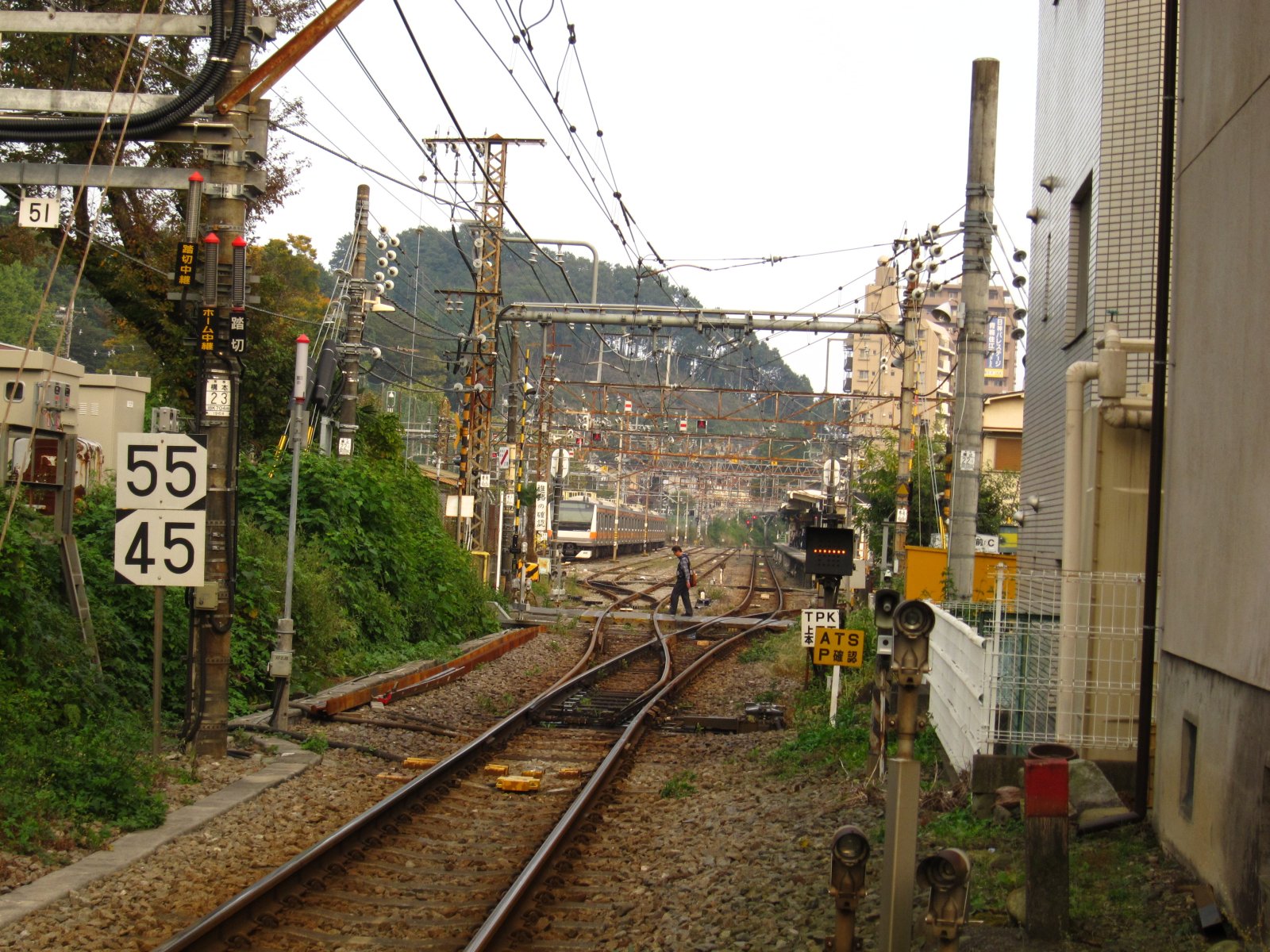 Well, that was the plan, but somewhere in the middle of the line the train stopped at Oume and I had to transfer. That is, if I wanted to wait 30 minutes for the next train. I didn't, so I went out and explored Oume. And it was a peculiar town. Located near a river, the walk from the station to the riverside was a steep downhill walk. Along the way I encountered the typical sights you'd otherwise see in any Japanese town. In the 1960s. 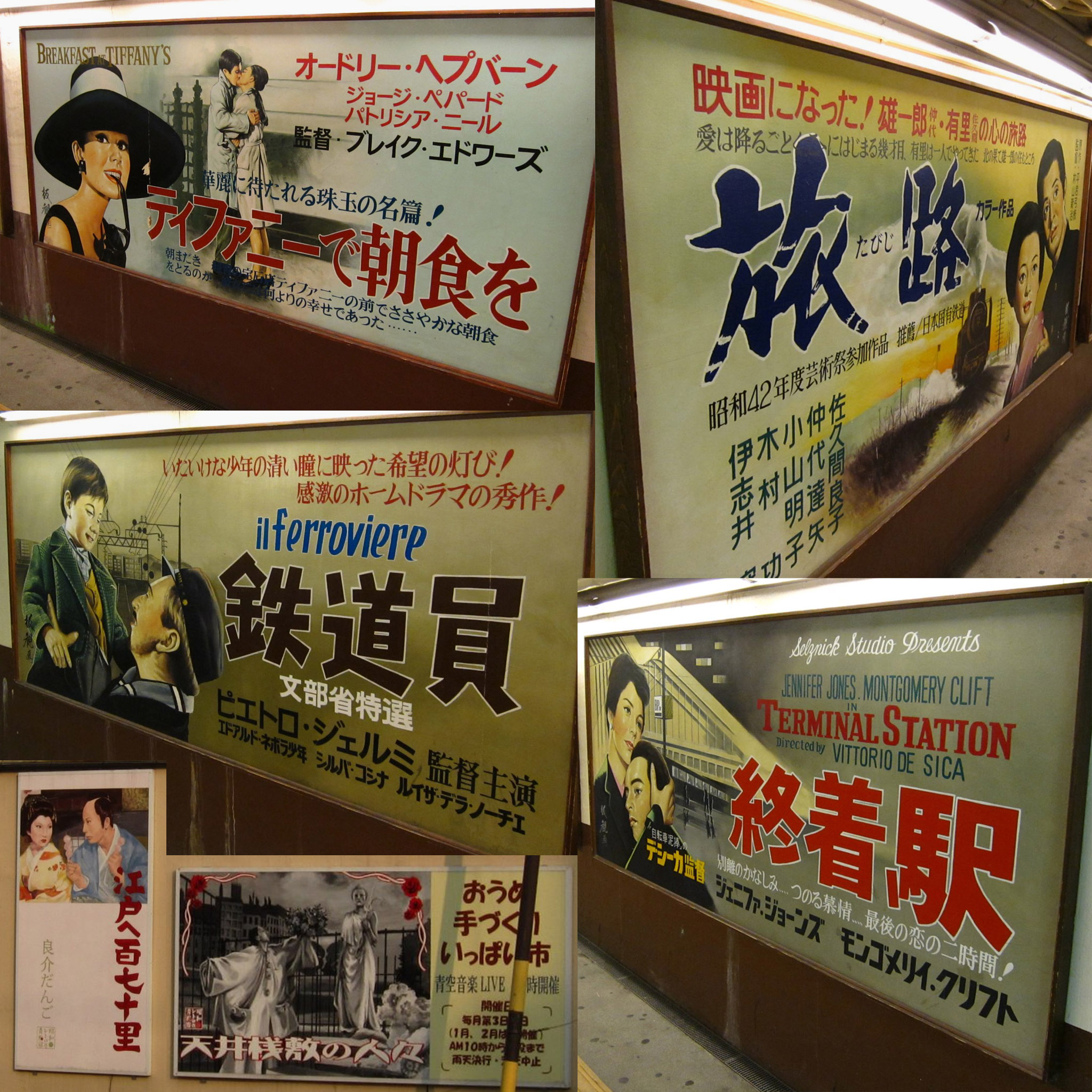 For some reason there were posters of old movies everywhere. It made the whole town have a very retro feel to it. This, plus the fact that there were barely any people to be seen, even on busy streets, made it a bit of a peculiar experience. It felt like a ghost town. 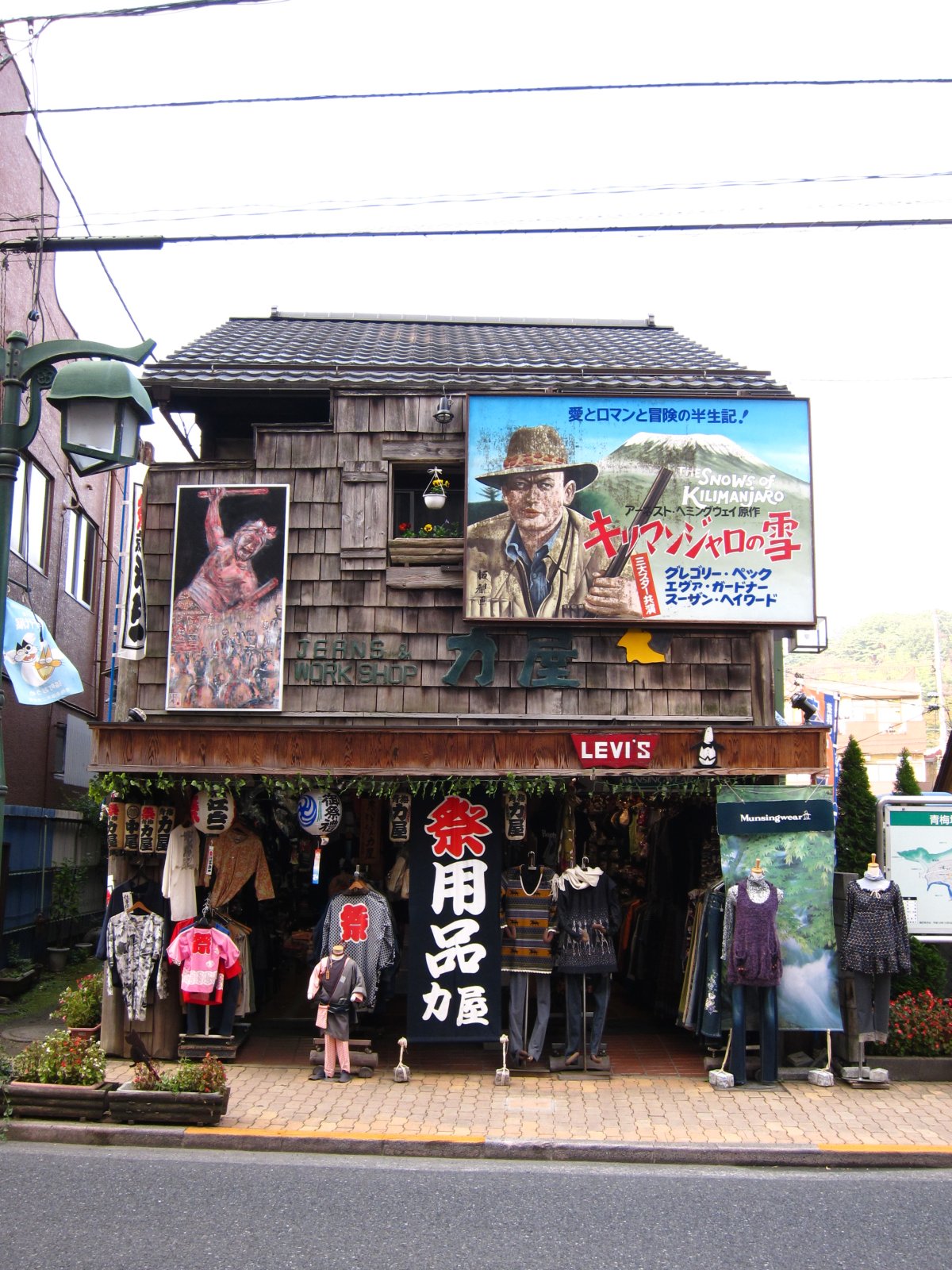 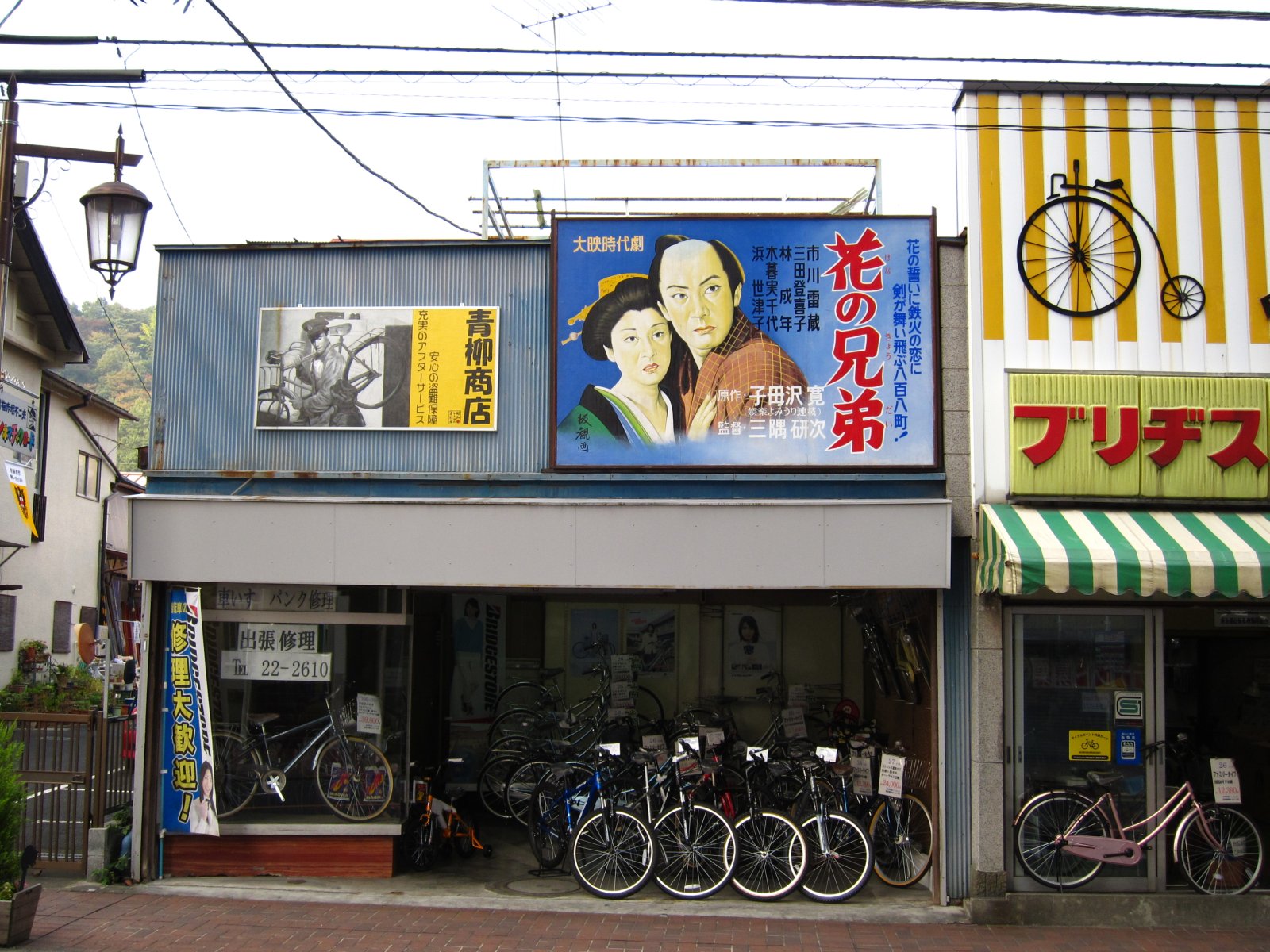 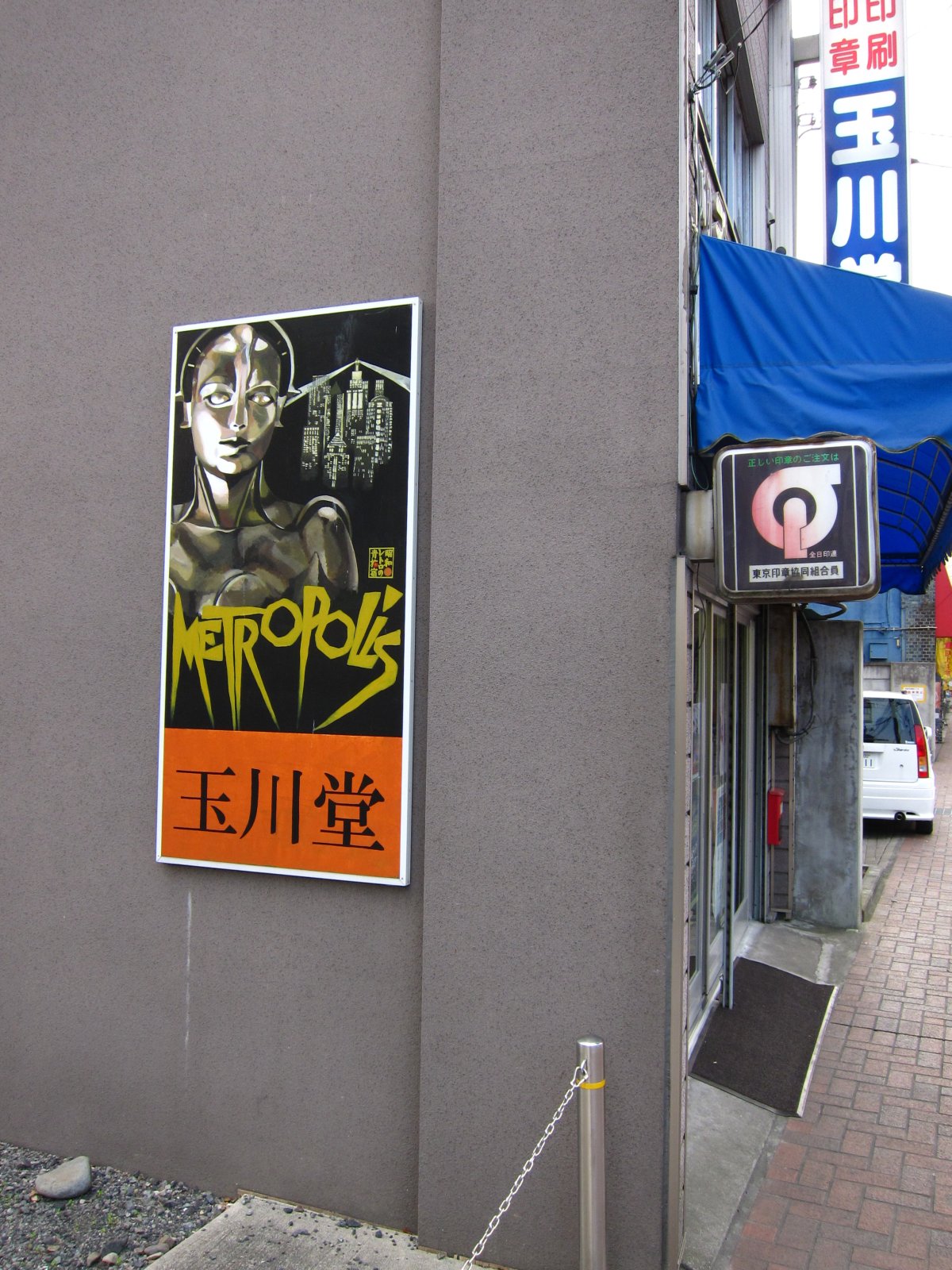 Note the awesome Metropolis poster. For some reason I had just read the wiki article about the movie the night before, so I was awesomeified by this coincidence.

Unfortunately I woke up rather late, and it was getting cloudy and dark, so I cut my visit short and went on my way back. I made some unexpected detours along the way just for the sake of it, but none of it was as interesting as the 60s movie town of Oume. Before leaving Oume I took some photos near the river side. Nice river. 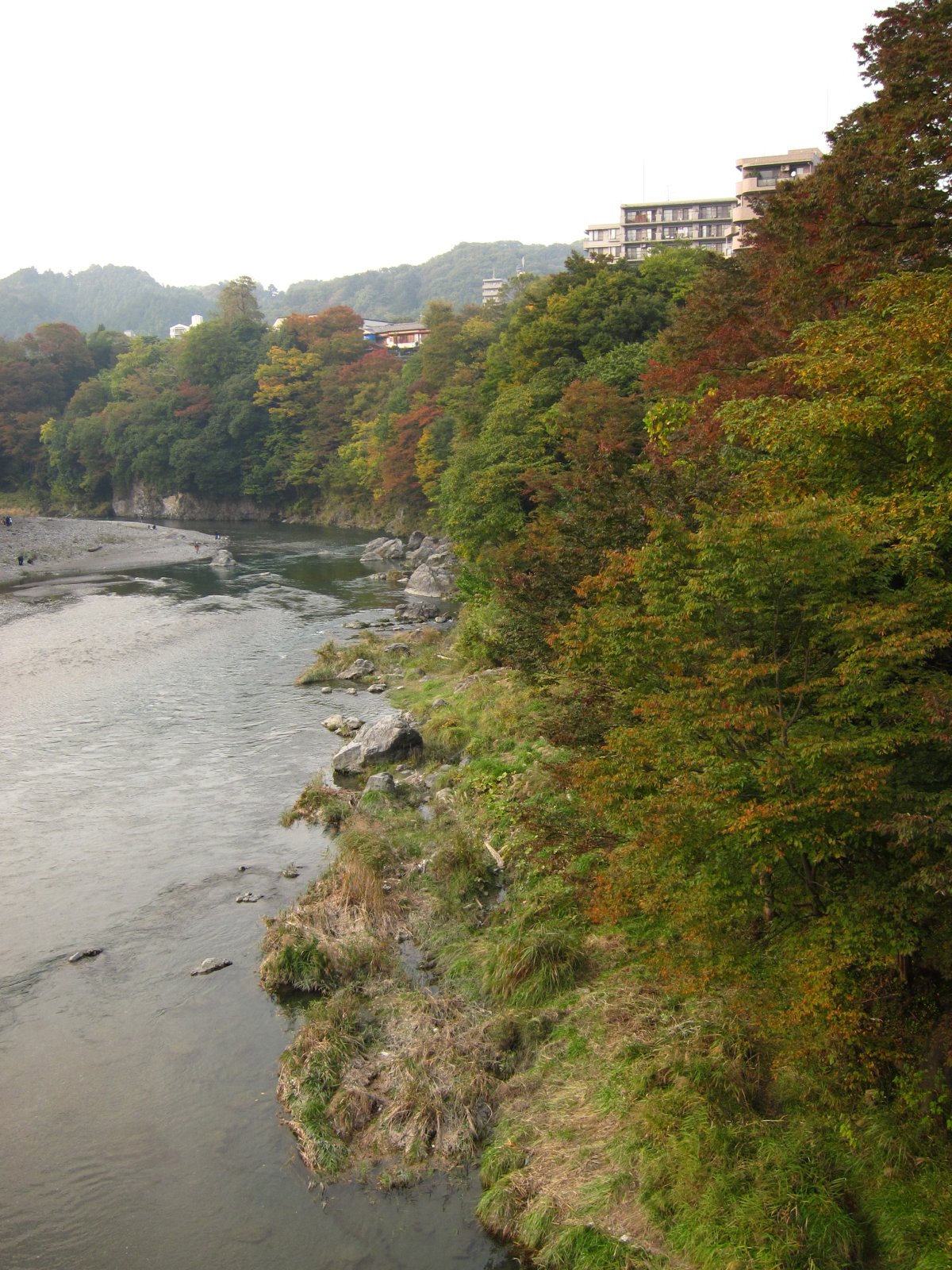 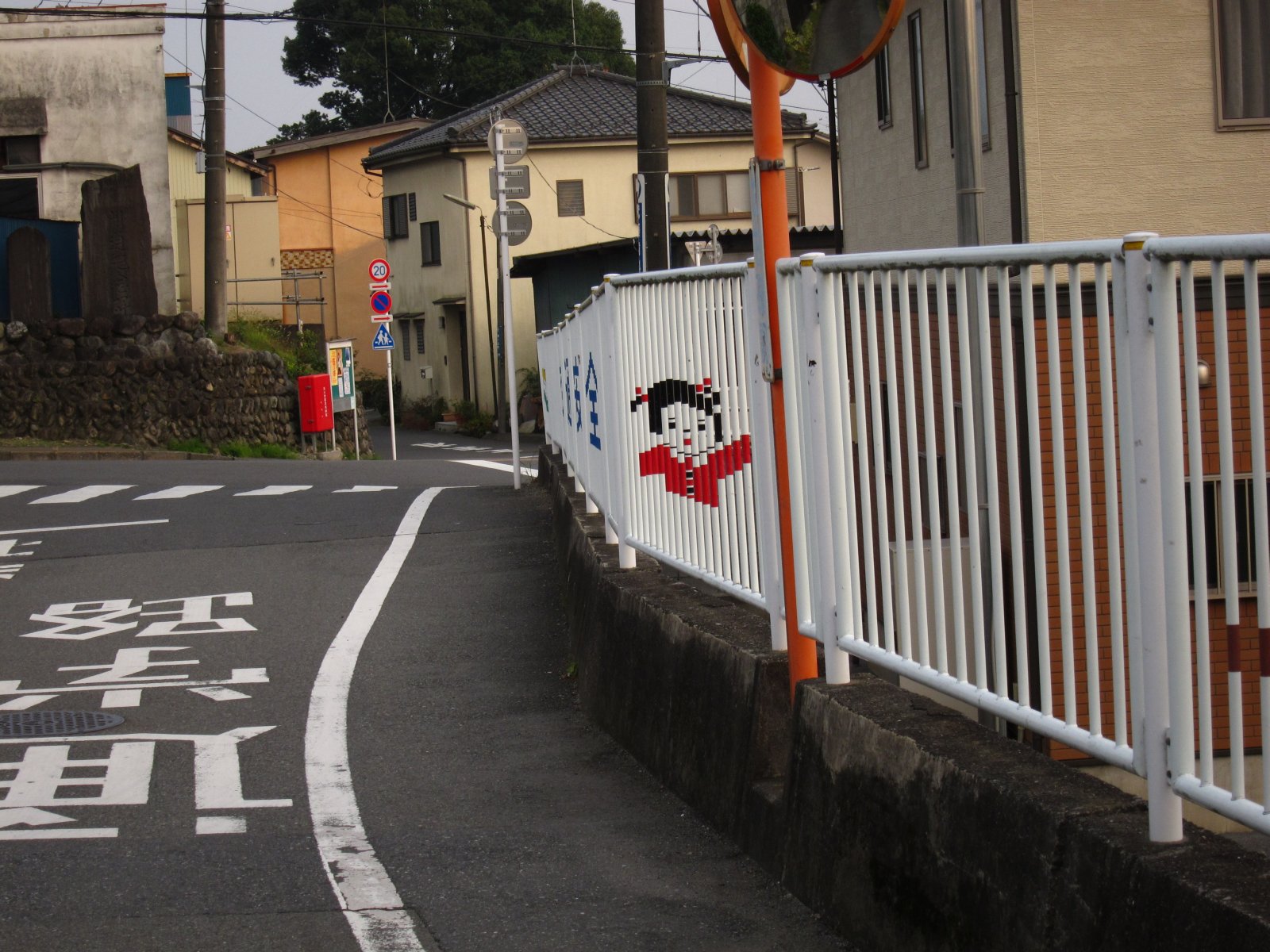 Lastly, here's some more awesome movie posters. Nothing could ever be as awesome as a cowboy ninja shooting his two guns while riding a horse. 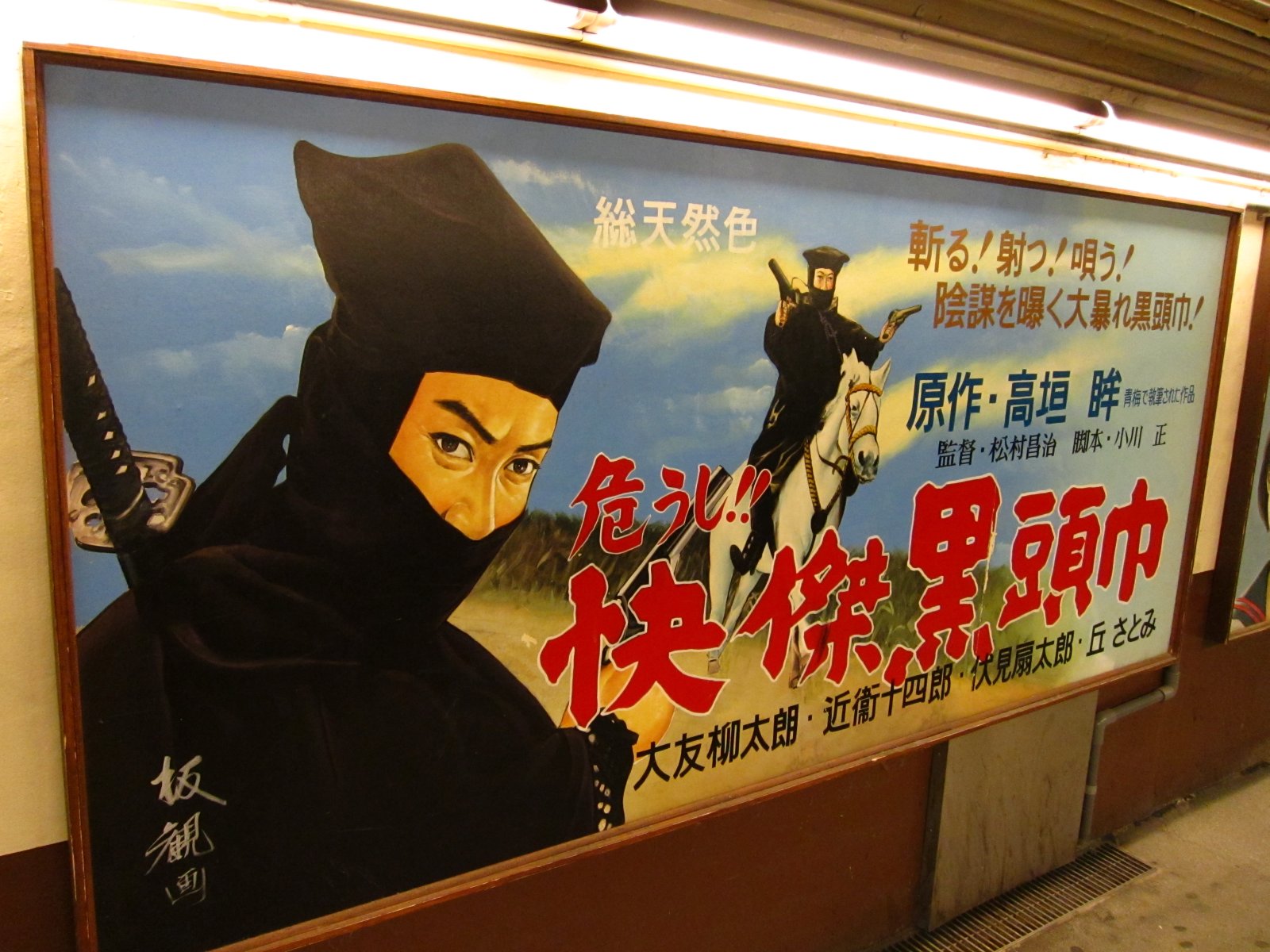 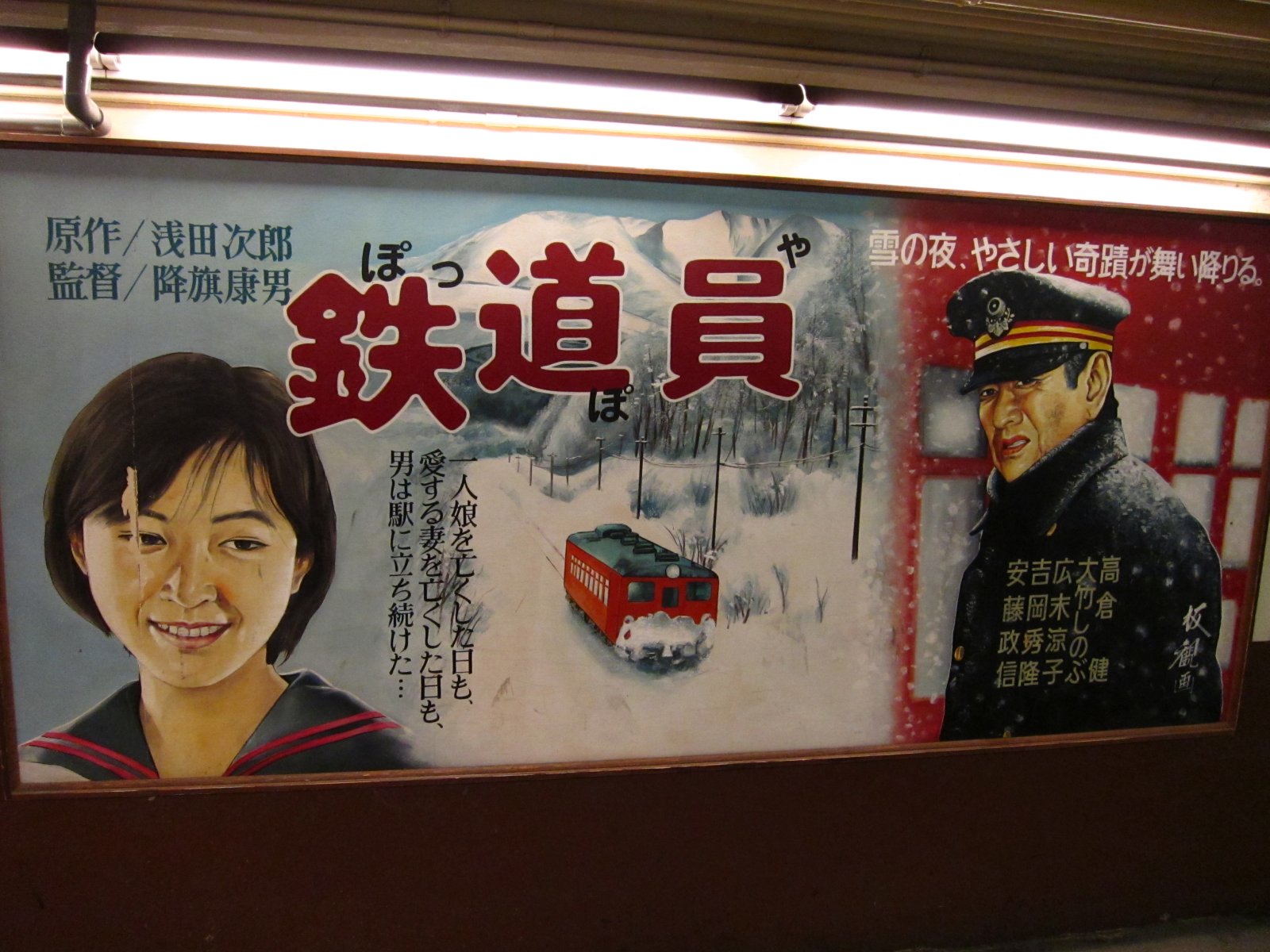 I have to admit this trip was a bit too random. The next time I do such a thing I'll at least make sure to wake up a bit earlier so that I'll have more time to look around. Random train trips are difficult, because destinations like Oume are at least 2 hours away by train. Still, they're fun every once in a while. It was good to feel the sense of exploration again. Japan always has an interesting surprise waiting for you. Like this Gundam flower shop.