The trail to Yabitsu path started off as a very narrow path on a mountain ridge, slowly going downward in a fairly straight line. Eventually the path receded enough to hide the sun behind the big mountain for large areas of the trail. It was in this area that I came across the scene below. 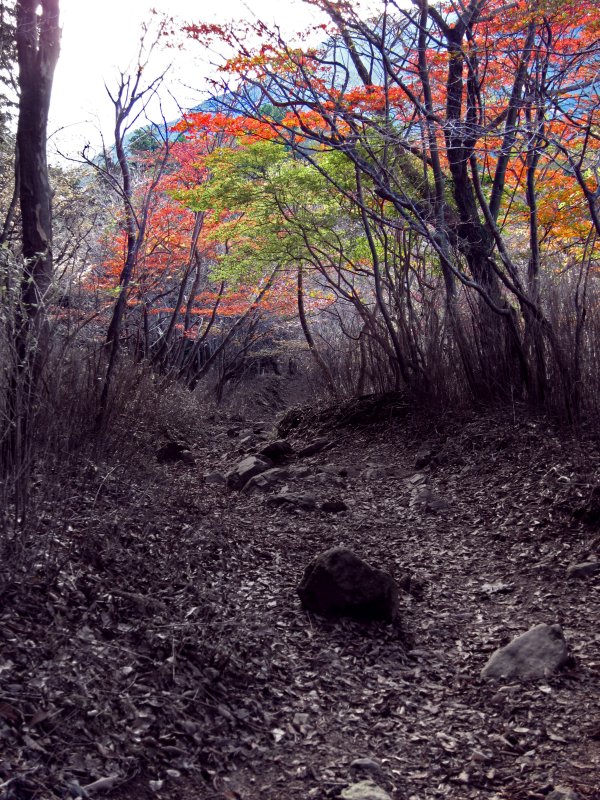 All trees except a few have lost their leaves already. In the area between two mountain ranges not enough sunlight can penetrate and the autumn is already happening.

The path was a fairly easy hike, and I did not encounter many people along the way. I made good speed and managed to reach the Yabitsu pass bus stop well before dark. Still feeling energetic I decided to walk back to the train station instead of taking the bus. The way back was a very nice mountain pass, flowing left and right while slowly going down. Because it was a road for cars it was very easy to walk on, but it was also very long and not very steep. During my hike down the sun started to set and I managed to get some nice photos of the scenery. 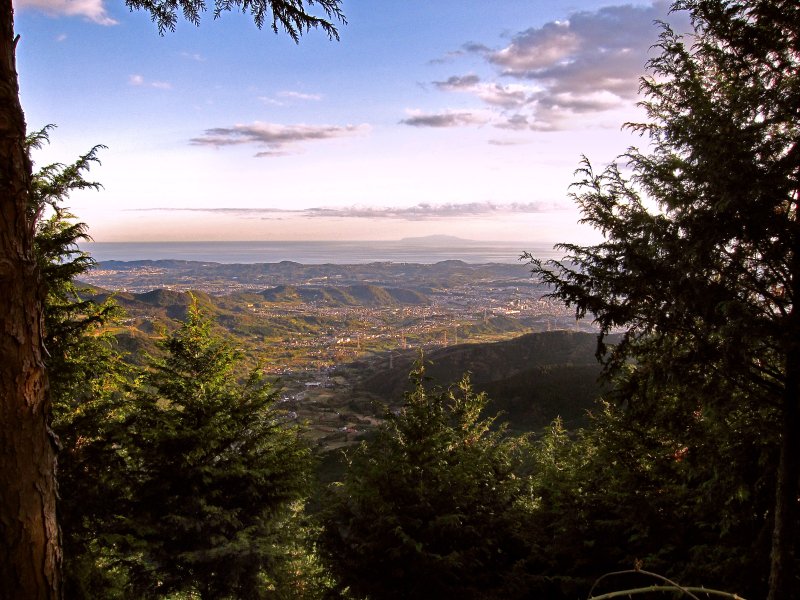 Right around the time when the sun disappeared behind the mountains (~16:30-17:00) I reached an observation tower that offered me a great view of mount Fuji. I stayed around there for a while to take photos, and then realized that there was no bus stop there. Not a huge problem, since my feet were still feeling ok, but it was starting to get dark quickly, so I started to walk a bit faster than before. 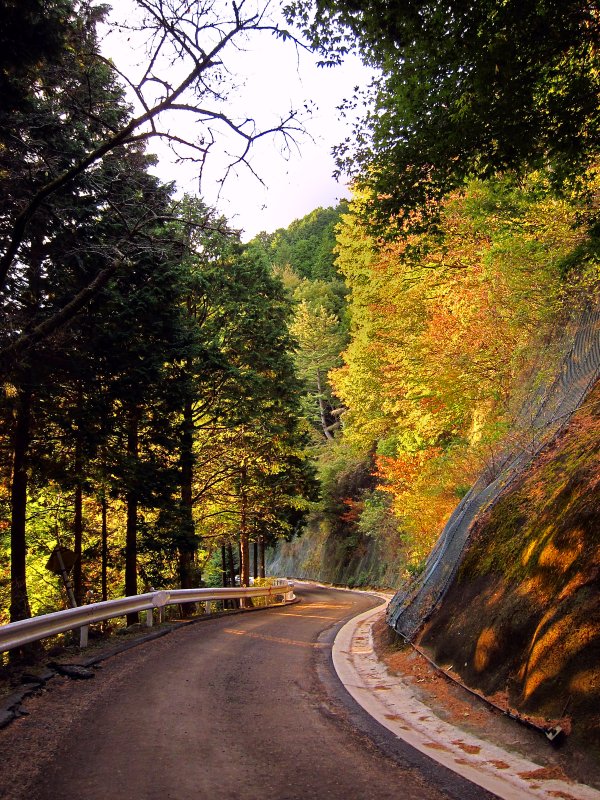 But I wasn't quick enough. The mountain road was a never-ending zigzagging path without any street light, and twenty minutes after I departed from the observation tower I was walking around in pitch black darkness with no idea of how much further the next bus stop was. Occasionally a car would pass me by and illuminate the road with their headlights. I don't know who was more scared it these cases: the car drivers who suddenly had to avoid a weird foreigner walking down the road, or me, scrambling to the side of the road for cover. It was right about at this time that a car hit me, and I died.

All in all it was a very nice hike, and it took me about 30 more minutes to reach the next bus stop. From there on it was a short bus ride back to the station and an even shorter train ride back to my bicycle. I managed to cycle back to Atsugi just in time to join my friend for a well-deserved bowl of ramen at Ippachiya :D.

It's nice to hike by yourself. You get to decide your own schedule and you're much more flexible than if you are with a group. Japanese are especially notorious for planning everything up to one month in advance, including the tiny details. This doesn't really fit with my personality as I like to do random things and change my plans at the last minute. I will certainly do this kind of trip again some time.