It's supposed to be bent but it's not. It's great. 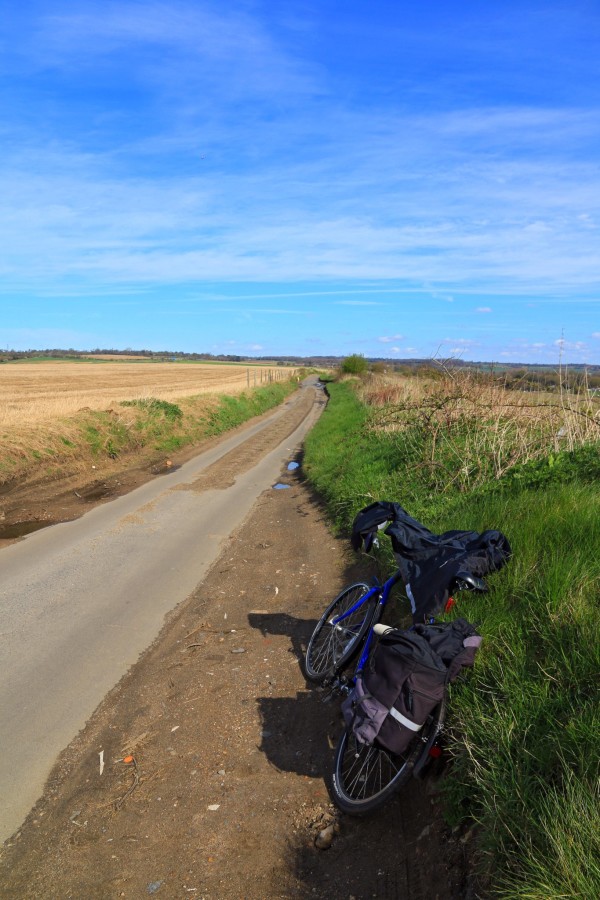 I'm using MAPS.ME for offline map use for the cycling trip, and have been doing so for the past 2-3 trips. It's an absolutely fantastic app that's well worth the money. Before going on the trip I scout out potential routes with Google Earth, creating a bunch of placemarks for youth hostels, camp sites, convenience stores, potential sights and  interesting-looking roads. I don't decide in advance where to go but I do have a rough idea of the things I'll be passing.  When done I upload the placemarks to MAPS.ME via Dropbox. When on the trip I switch my phone to airplane mode and just use the GPS, which greatly reduces battery usage. I usually end up with way more than half battery left at the end of each day.

It's unbelievable how painless this process is compared to the first big cycling trip I did, in the pre-smartphone age. Back then I was carrying around a thick map book meant for motorcyclists, which had all the roads of a particular section of Japan, and also the youth hostels and camp sites. I navigated by compass and by trying to remember the page of the book I was on and the crossings I would encounter, but I inevitably had to reach for the book every 20 minutes or so. It was quite frustrating. I ended up having to buy a new map book two or three times during that trip since they don't cover that much area. And since I didn't want to carry that much weight around I threw the old ones away. (Or rather, left them at youth hostels and camp sites for others to find). I am definitely pleased with the state of modern technology when it comes to navigation.

Last time I traveled very light and was very focused. I was going to do the same this time, but am feeling kind of happy-go-lucky. I ended up buying a new DSLR for the trip. It's been a while since I owned a good one. I'm also still not sure about whether to bring a GoPro or not. I don't have specific plans to use a GoPro anywhere but I guess it's not that much extra weight to carry around. Yup, I'll take it.