There wasn't much that could happen today that would make it worse than yesterday. And, in a shocking twist surprise, nothing bad happened! Well, almost nothing.

I really felt an urge in the morning to immediately take the nearest narrow mountain road, no matter how steep, to get back onto the road that I had wanted to take yesterday but ended up not taking because of the rain. The first mountain road turned out to be an excellent 5 kilometer climb with no traffic or other signs of life through a quiet and peaceful forest. It was amazing and never got close to being as steep as yesterday's start of the day. I think I'll have nightmares about that area.. 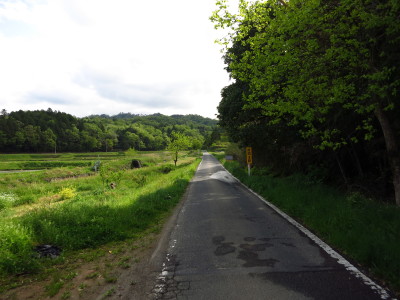 Climbing came easy this morning and I soon coasted down the road going into Yosano, the town next to Amanohashidate. Amanohashidate is one of the three most scenic views of Japan and I was really excited to be able to cycle it. I got there quite early in the morning and there were still a lot of clouds, but already there were some tourists wandering (and cycling) around. I started out at the non-touristy side and did a slow and leisurely cycle across the sandbar, stopping on the way to eat some of the food I'd brought and to look out at the scenery. It really is a fantastic place. It felt impressive, and old. My pictures didn't turn out very well because of the lighting, and I wasn't too happy about how touristy the area is, but I do want to emphasize that it is an amazing place and well worth a visit. I'm glad I saw it. (Unlike Tottori's sand dunes which were just meh). 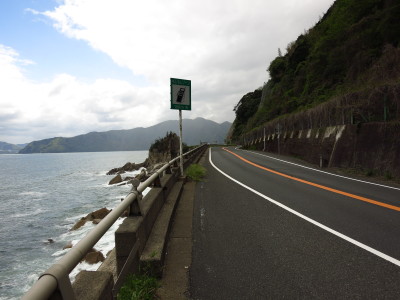 It was still really cold today! Temperatures under 15C and quite strong winds made for a very chilly ride, but I managed to find my balance point, where I generate just enough heat to stay warm but not enough to sweat. Sweating is deadly when it's cold and windy, it just immediately chills you down like crazy and then takes ages to dissipate while you're shivering from the cold.

My goal is to reach Tsuruga in two days, leaving it open where to stop in the middle. I marked some camp sites and hotels on the way and decided to not do anything crazy, since I'll be stopping in Tsuruga tomorrow anyway. As such I wasn't feeling in a hurry today and kind of just enjoyed the cycle. I was cycling through Maizuru, which seemed like a lovely place, when I passed a bunch of naval ships, and moments later a gate with a guy standing there letting people in to take photos of everything. I couldn't resist and had a look as well. Quite impressive, them big ships. 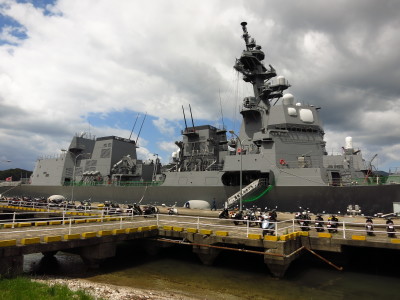 The weather report betrayed me shortly after that. It was supposed to be cloudy but without rain. I felt raindrops, had to get off the bike and pack up my backpack for the rain. The rain was extremely mild and kind of went away again after a short while, until I exited a tunnel from a mountain pass and it just blasted me full-on in the face. It was maybe 10 minutes of extremely cold rain, enough to drench my pants, but my windcoat somehow managed to keep the rest reasonably dry. After that the rain stopped and the sun occasionally peered through the clouds. Combined with the strong wind I was dry again soon after. 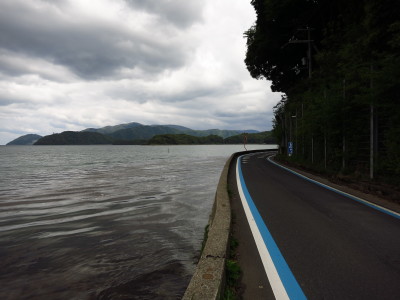 I reached a little town called Takahama fairly early in the afternoon. It was exactly halfway between where I came from and Tsuruga so I checked out my first potential accommodation: a generic business hotel. They had space, I didn't push my luck, and Takahama became my final destination for the day. Since the hotel didn't let me check in yet I cycled around the town and took photos. There's some impressive coast line here, and a very nice park, right at the edge of the land, surrounded by ocean. I mildly considered cycling a bit further to the next town over, but there just seemed to be a stationary rain cloud blocking my path. I went in that direction two or three times today, and the rain always started exactly at the edge of town. Peculiar. 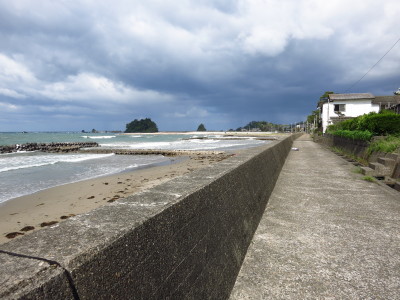 Besides it being a bit chilly and getting caught in the rain once, every little thing today was just.. fun! Going up the quiet little mountain road in the morning, looking around Amanohashidate at a leisurely pace, the random naval visit, the decently-paced cycling roads, arriving early at my destination and exploring the area.. Everything quite contributed to a near-perfect day of cycling. Off the top of my head I can only think of two similar near-perfect days: the second day of my first Kyushu trip and the Hikari day on my first big cycling trip. There have been a lot more great cycling days, but those two come to mind first when I think of my best cycling days. Interestingly they both involve getting lucky with accommodation out of ignorance. Ah, the advantages of being unprepared.. 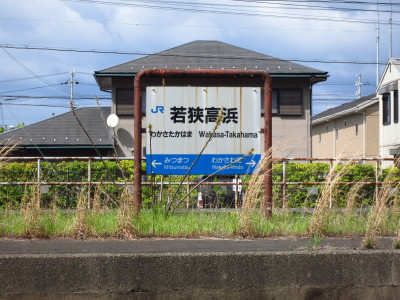 Earlier this trip I wrote about the cost of the hotels being on my mind. I had rationalized the expense, but at the time it still didn't feel like it was the right thing to do. Now it does. I'm fully immersed in the trip and I remember how great it is to at least allow myself to stay in at least the cheapest of hotels. It gives me the option of camping, rather than the obligation, which makes it a hell of a lot more fun. Everything is more fun if it's a choice. (?)

Tomorrow should be a fairly short cycle. After that, two tough days with likely camping. Then probably a break day. Shimonoseki - Tottori was the start. Tottori - Kanazawa is the middle. Kanazawa - Tokyo will be the end. Long ways to go yet.