The weather in Iceland did not favor us. We were there for 6 nights and only one of them was clear enough to see the aurora. I was surprised at how little of it you can actually see in real life. I'm not very happy with my photos, but they show the aurora as stronger than you could see it with your own eyes. Still, very impressive. I must see it again so I can take better pictures. 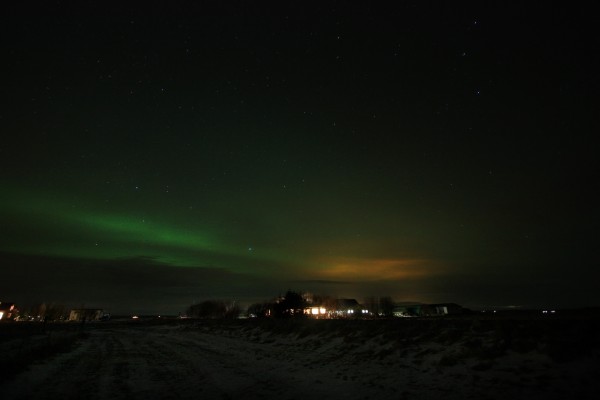 This was taken in the south of Iceland. The day before this we were in the north and it was freezing cold, almost too much so to be outside at all. Fortunately for us this day it was only a few degrees below zero. 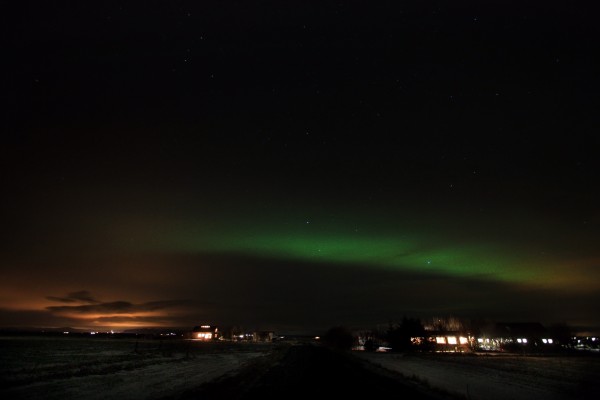 Incredible, what a sight. 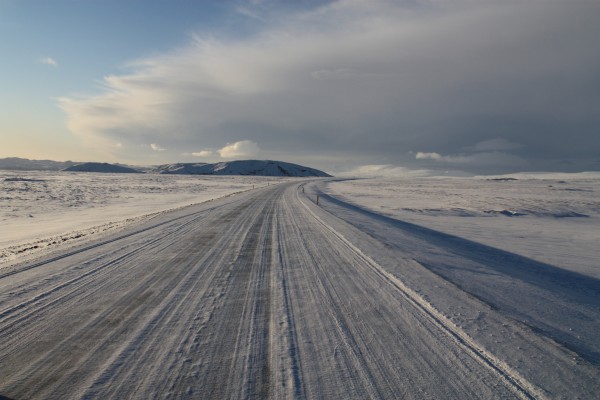 Iceland is amazing. I've been here only a couple of days and I really like it. There's three things for me that really make Iceland stand out from other countries: the people are really friendly, the quality of life is incredibly high and the whole place is incredibly desolate. Which is to be expected, since there's only 330.ooo people living in Iceland, and one-third of those are living in Reykjavik.

We've visited three hostels so far, and they were all completely empty, meaning we had the whole place to ourselves. The distances between places are sometimes large, but not too terrible, and there are faint signs of civilization (a house here and there) meaning you never feel really far away from it all. Driving in Iceland is awesome. Two days ago we drove through a snowstorm at night where it was literally impossible to see more than 5 meters ahead. You can't see the road surface because there's a flurry of snow constantly sweeping past it. You can't use high beams to see in the distance because there is a constant vortex of snow hitting the windshield. Entire parts of road just get snowed over entirely and the only thing you have to go on are the little yellow poles standing up vertically at the sides of the road, the only indicator that there exists a road at all. Amazing. I can totally understand how the best rally drivers come from cold countries like this.

I can't help but compare this experience to Cuba, which was in pretty much every aspect the exact opposite. In Iceland there are hardly any people out in the streets, it's just too cold. Everyone stays in and stays warm, whereas in Cuba everyone wants to be your friend. Cubans try to rip you off, Icelandic people try to be extra nice to you.

Arriving at our hostel today we had to call the owner to open the door for us as there were no other guests except us. After she opened the door for us she realized that there were only three of us when there were supposed to be four (one of us couldn't make it on the trip). She immediately offered to give us a different and cheaper room. We looked at the rates and decided that if there was nobody else there anyway we might as well take the dorm room instead, which was even cheaper. She let us pay the cheap price and then gave us the keys to our original rooms free of charge. How's that for service? Brilliant.

All the facilities are really nice as well. Every single hostel we've been in has extremely well-built beds and furniture (Ikea influence, I guess). The internet is free at our current place and I am typing this on a public computer that works well and has no quirks, something which is pretty much impossible in a hostel in any other country.

The rental car is brilliant too. It's a Suzuki Swift 4x4 and it just drives brilliantly. It doesn't have much power but it'll take any road conditions you throw at it and grip its way out. Excellent car.

Another country I can't help but draw parallels with is Japan. Some of the customs seem to be quite similar. Most hostels have a semi-rule of taking your shoes off before entering, much like in Japanese houses. Since Iceland is full of volcanoes and geysers they're very fond of bathing as well. There's lots of public baths full of  smelly sulfur that does wonders to your skin. The bathing rules in terms of showering and hygiene are very much the same as in Japan: shower before, shower after.

The one thing I haven't seen yet in Iceland is the northern lights. That was really the main reason for me to go on this trip, so I really hope that we can see it before we leave. The weather forecast is not too promising though. We'll see what happens.